Brazil is certainly coming into its own. The country is set to host the World Cup, and its Middle Class is growing with a steady economy.

But there have been ups and downs.

This rising Middle Class is becoming increasingly dissatisfied with Brazil’s corruption, police brutality, and poor public management, which is why rioting has been so problematic this year. 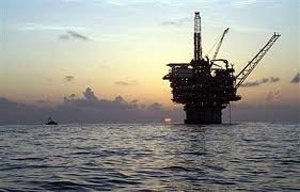 Brazil is caught in the conundrum of social ills and growing prosperity, and the same dichotomy can be found in Brazil’s energy economy.

Even though such fields as the offshore Libra and the Lula show enormous potential, Brazil has a long way to go in becoming an energy power.

The Libra is Brazil’s largest energy discovery and may contain anywhere between 8 to 12 billion barrels of oil, World Bulletin reports.

According to projections from the International Energy Agency, Brazil could become an oil exporter and one of the top 10 producers in 2015 – if it can overcome hurdles.

Brazil’s crude production can triple to 6 million barrels a day by 2035, rising from current levels of 2.2 million bpd in 2012. The IEA projects that production could jump to 4.1 million bpd by 2020, and natural gas production is also expected to increase to 90 billion cubic meters by 2035.

State-owned company Petrobras (NYSE: PBR) is doubling down on the Libra – selling off various assets for a $237 billion divestment plan.

But there is a problem; major oil companies are simply not interested.

When Brazil auctioned parts of the Libra, government officials were surprised that auction registration was only a third of what was expected. But the rules of the contract were off-putting to many companies.

The Libra auction marked the first time the government allowed production-sharing, but only one bid came from a consortium of companies.

The Chinese have been more interested than ever in attaining oil assets in South America, but investment from the West has been minimal.

This mostly has to do with the established parameters for investing in Brazil, along with diplomatic strains between Brazil and the U.S. over the NSA spying on Petrobras and President Dilma Rousseff.

According to the terms of the contract, companies are to bear the costs associated with production for the right to share oil and profits with the government. The government has already earmarked the revenue from the project – 75 percent for education and 25 percent for health care.

With local content rules and the constant interference of Petrobras, many investors feel that they would take a back seat to the interests of the government. The large price and size of the project are also factors that scared away investors, Fuel Fix reports.

But Brazil needs more help than it realizes.

Its drilling equipment is sorely outdated, and it will not be enough to drill through the Libra’s oil reserves, which lie two miles beneath subsalt layers. Petrobras will need extensive drilling power and the necessary investment to produce at deep-water levels.

Petrobras is also the most indebted state company on the market, and it will be plagued with obligations that could forestall production aspirations.

Despite the tight rules, Brazil still has the potential to meet projections from the IEA, and there are several ways you can benefit.

For one thing, local content rules have forced companies to buy parts locally. Rolls Royce Holdings (LSE: RR) and General Electric (NYSE: GE) are among a few companies that have set up shop in Brazil to cater to demand for ship equipment, platforms, etc.

But there is a slight problem with the local content rules. Their restrictive nature does not allow companies to make their own choices when it comes to purchasing power. And critics contend that these laws exceed the capacity of the local economy.

Nevertheless, revenue is pouring into Brazil’s subsea exploration field and its ship-building industry.

And with a lawsuit dismissal regarding a leak in the offshore Frade oil field, Chevron is free to do business without restriction from the courts.

But other than Chevron and the few oil majors that won the Libra auction, major interest from abroad has yet to take place.

The Brazilian government will have to do more in loosening the rules and bringing in more investment power, but it will be a problem politically. Oil workers already staged protests at the launch of the Libra auction.

There must be a balance in catering to local interests and winning over companies that have the necessary expertise to make Brazil’s energy economy flourish.

Brazil has the potential to soar in the wind, but we’ll have to see if the government can attract more investment attention with the right bait.