Bank of America just increased its 18-month price target for gold to $3,000 an ounce in a report this week titled, "The Fed Can't Print Gold."

Analysts at BOA were already calling for higher gold prices, forecasting a record $2,000 per ounce. But due to an extreme amount of stimulus from central banks around the world stemming from the COVID-19 response, BOA now predicts the gold price will head even higher saying, “Beyond traditional gold supply and demand fundamentals, financial repression is back on an extraordinary scale.”

BOA says it expects gold prices to average $1,695 an ounce this year and $2,063 an ounce in 2021. Getting there, however, won't be easy. The report warned, "A strong USD backdrop, falling equity market volatility, and weak jewelry demand in India & China may remain headwinds.”

Nevertheless the BOA report was super bullish on gold, even calling it “the ultimate store of value.” The report said:

As the ultimate store of value, gold prices have performed well during the past 15 months, posting a rally of over 10% since the Federal Reserve did a monetary policy U-turn in January 2019. The size of major central bank balance sheets has been stable at around 25% of GDP for the last decade or so, just like the gold price.

Many were quick to point out that the Fed can't print dollars either. The Treasury Department's Bureau of Engraving and Printing is the agency that handles the actual printing of the money. However, the Federal Reserve authorizes the creation of money.

Meanwhile, the debate over reopening economies rages. Each state has its own tentative plans to reopen in May or June. Below is a complete list of those planned dates for each state:

The reopening of the country has split the nation in a battle of ethics, economics, and politics. Some 22 million Americans are currently out of work because of the COVID-19 shutdown. Yet the fact is, the overwhelming majority of people do not have any significant risk of dying from the coronavirus.

A recent study by Stanford University now estimates the fatality rate of COVID-19 is likely 0.1% to 0.2%. That's far lower than previous estimates from the World Health Organization that were 20 to 30 times higher. 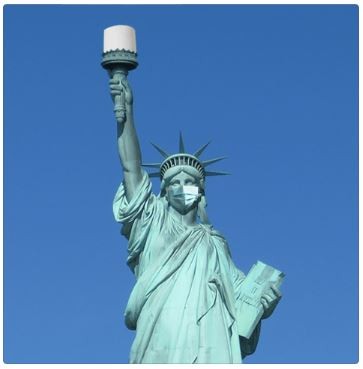 I believe the states will reopen their economies sooner than expected. That's because as soon as one state reopens, the surrounding states will be more pressured to follow suit.

Let's take my home state of Maryland, for example. Right now, the planned date to begin relaxing restrictions is June 5. The surrounding states of Delaware, Pennsylvania, and West Virginia all have planned relaxing dates much sooner, ranging from May 7 to May 27.

As soon as those states reopen, there will be a flood of Marylanders crossing state lines to get their hair cut, go put to restaurants, to shop, and to just generally participate in normal life. That will cause a large amount of capital leaving Maryland and flowing into other states. That's not good for Maryland. We're talking about millions of dollars leaving the state, potentially to never come back.

So I think we'll all be back to somewhat normal sooner than later. Yet the economic damage has already been done. And the consequences will be severe.