Gold is a popular investment when economic troubles like the Brexit vote loom. It's a solid investment that always has value, especially when compared to the U.S. dollar, or other fiat currency. If our government was to disappear tomorrow, our currency would have no value, and we'd be like 20th century Germany, using wheelbarrows full of cash to buy a loaf of bread.

Gold though, does especially well during times of economic concern. It is anonymous, transferable and a storehouse of value. It is currently trading at $1,285/oz.

But now gold has competition from an unlikely source: electronic currency, namely, bitcoin.

Bitcoin is electronic currency that was created in 2009. It is not regulated by any kind of government, and it provides anonymity to its users, allowing them to make purchases in secret. It's recently got even more interest since its mysterious founder, who went under the alias of Satoshi Nakamoto, allegedly revealed himself as Craig Wright, an Australian entrepreneur. While many believe that Wright doesn't provide enough proof to show himself as the creator of Bitcoin, it has raised more interest than ever in the electronic currency. 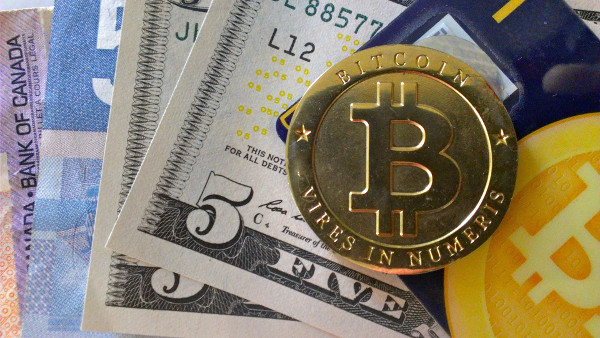 Now, some think that bitcoin could end up becoming as valuable an investment as gold is in worrying economic times.

Bitcoin is currently priced at $750 per bitcoin. The prices are up from $450 just a few weeks ago. It is now trading at its highest since February 2014.

Gold has performed well in 2016, but some worry that the reliance on it during economic troubles could be a disadvantage, as diversifying investments is one of the first rules new investors learn.

Bitcoin is a viable investment option in comparison to precious metals. Prices should continue to rise due to Chinese buying and the decrease in supply.

To continue reading more about investing in bitcoin, click here.