Bitcoin, Ethereum is Not Safe

Is Cryptocurrency a Free Market Panacea?

I love the concept of cryptocurrencies.

This idea that they can serve as a way to decentralize government and corporate power.

As a libertarian, I can appreciate this.

It should also be noted that as an investor, I’ve even done quite well by investing in bitcoin and ethereum. The latter has absolutely crushed it for me ... 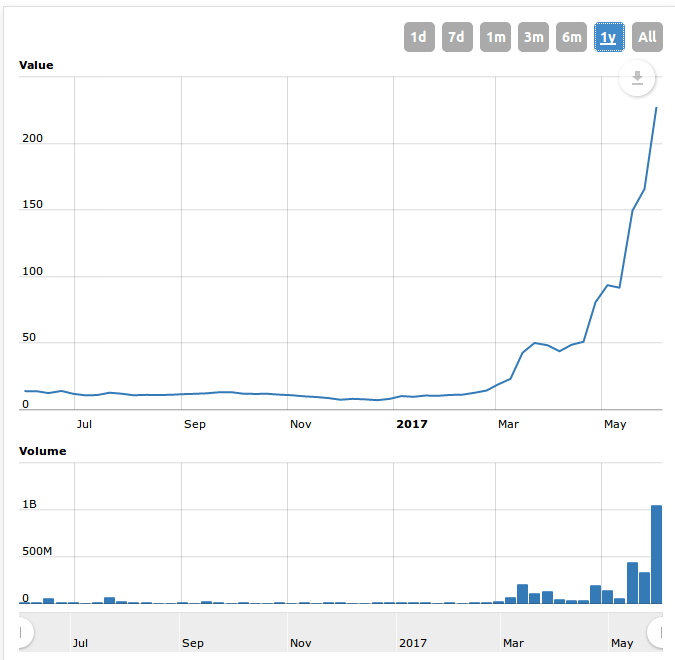 But make no mistake, while you can make a lot of money by investing in cryptocurrencies, the suggestion that cryptocurrencies will soon allow the world to operate safely outside of the confines of central banks and tyrannous governments is based on analysis that is simply not sound.

Power to the people

If you think for one second that cryptocurrencies are beyond the reach of the state, you are mistaken.

At any time, the stormtroopers of modern governments around the world can swoop in and steal everything right from under your nose. They’ve done it with state-sanctioned currencies, and they can (and have) done it with cryptocurrencies.

Don’t get me wrong.

I’m not anti-cryptocurrency. In fact, I love what Jeffrey Tucker said about bitcoin back in 2016 …

What’s wonderful about Bitcoin is that it exists at all.

Money for the digital age, and without the state: the concept has been proven. That’s what matters. The technology is known. It works. It represents a path for reforming the world’s monetary and legal systems. It points to a bright future.

I don’t know how the future will unfold, but I’m not betting against the state.

Rampant complacency, fear, and general apathy continue to keep the system strong. A system, by the way, that can only exist in the absence of a real, honest free market.

Of course, whether its dollars, bitcoin, or gold, no form of currency is 100% infallible ...

Dollars are backed by our faith in criminals, the scenario in which gold will one day be the only form of currency that has any value is nothing more than an illusion that keeps gold coin dealers in business, and we know that it takes no more than a couple of smart hackers and a few seconds to steal hundreds of millions worth of bitcoin.

Still vulnerable to the actions of central planners, bully governments and common thieves.

Your cryptocurrencies are not safe, no matter how much you want them to be.

Certainly I don’t mean to come off as defeatist. By all means, fight the good fight. Embrace progress by embracing the democratization of money. It is an honorable cause, and I’m the last person to dissuade any investor from investing alongside his or her own values. But the reality is that right now, at this point in time, you take on extreme risk when you seek to build wealth by investing in cryptocurrencies. So invest cautiously.