It mostly boils down to following clinical trial data and monitoring buy and sell volumes that align with the release of those data.

In other words, if a biotech company is getting ready to release data or announce the launch of a new trial and you see that stock start to pick up steam before that happens, you know something good is about to happen.

Of course, it's easy for me to say this, as I can sit here all day and monitor this stuff.

And I monitor literally hundreds of biotech stocks every single day — looking for that sweet spot to make a big score. 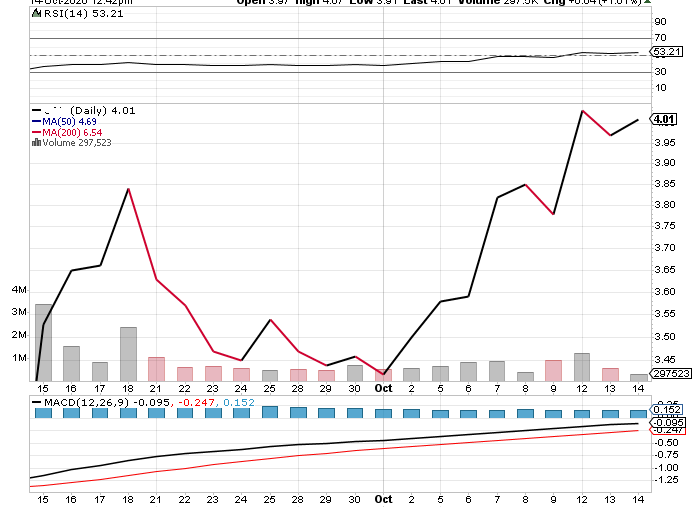 Here’s a company that began Phase 1 clinical trials late last week. But as you can see in the chart, about four weeks ago the stock started making some big moves with large buy volumes coming in.

That was my signal.

And it played out just the way I expected.

From the moment I was alerted to unusual buying patterns to the moment the company released news regarding its Phase 1 trials, the stock gained 17%.

Of course, that’s peanuts compared with where I see this thing going over the next month or so.

This particular company is one I told you about a couple weeks ago.

It’s a small biotech firm that’s developing a new treatment that could potentially stop, slow, or even reverse age-related diseases.

It’s a pretty big deal, if it proves to be successful.

Just one proven treatment from this company could be worth as much as $200 billion, according to the Longevity Fund, which invests exclusively in anti-aging related companies.

Now, I’m not saying this stock is going to mimic Biogen, but even if it performs half as well, a million-dollar payday wouldn’t be out of the question.

But don’t take my word for it. Just look at the evidence for yourself in this investor note.

The bottom line is that massive gains can be made in the biotech space, as long as you know how to game the data.