I wasn’t alive during McCarthyism, but I’ve read the books and watched the documentaries about it.

It’s amazing to me that it actually got as far as it did, and ironic that those who railed against the threat of communism acted in defiance of the basic fundamentals of liberty and freedom.

While I’m certainly no fan of communism, to deny communists the right to speak openly about their flawed idealogies is an exercise in tyranny.  To quote former Congressman Ron Paul, “We don't have the freedom of speech to talk about the weather. We have the first amendment so we can say some very controversial things.”

Indeed, I have never seen any evidence to suggest that communism - in practice - leads to anything but misery and violence.  But just because one speaks of Marx or Fidel or Stalin, doesn’t give us the right to silence that person.

This holds true beyond the first amendment, too.  Particularly under the umbrella of free markets, where most communist leaders are quick to exchange their Marxist principles for the spoils of capitalism.

Certainly this is true when it comes to China, where the Middle Kingdom was more than happy to export in excess of $577 billion worth of goods to the U.S. in 2021.

Of course, despite the truism that in almost every case, communist leaders relent to the power of capitalism, there are plenty of folks in the U.S. who still believe communism is a threat to our way of life.

It’s not even a minor threat.

It’s almost comical when politicians and pundits weave such tales, too.  The only time it’s not uncomfortably funny is when it affects our ability to create and protect our wealth.  And this is exactly what happened last week when Virginia Governor Glenn Youngkin succeeded in scrapping a $3.5 billion battery manufacturing plant because, in the words of his press secretary, it served as a front for the Chinese communist party.

As reported by Bloomberg, Ford (NYSE: F) was seeking to build a new electric vehicle battery manufacturing facility in partnership with Chinese battery manufacturer, CATL. But because of CATL’s connection to the Chinese government, he basically told Ford to go elsewhere to build the plant.

Youngkin also noted that he had an issue with the fact that CATL would receive tax benefits under the Inflation Reduction Act.  Nevermind that such benefits could only be used in the construction of the facility itself, which would ultimately employ 2,500 Americans.

In other words, it’s not like a bunch of mythical commies are going to take suitcases full of cash to China, courtesy of the taxpayer.  That’s just the story they want to sell you.  After all, such a story makes for great propaganda that can be peddled to constituents who still have PTSD after watching the 1984 cinema classic, Red Dawn: the far-fetched story about communists who invade a small town in Colorado and are defeated by some high school football players. A fictional tale, of course.  Much like the threat of modern-day communism, today. 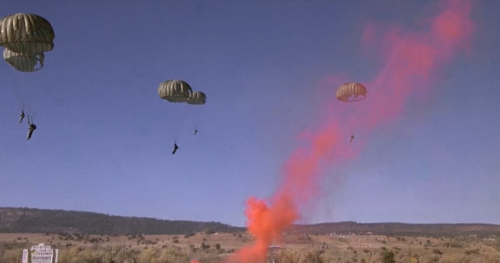 Youngkin also attempted to paint the ownership structure, which allows Ford to own the facility and equipment while CATL would operate the plant and own the battery cell technology, as a national security risk.

But such a thing is absurd.  As Joe Lancaster of Reason magazine pointed out, even if CATL did share its technology with the Chinese government, it's not clear how that constitutes a national security risk to the United States.

… battery cells made by private companies are not state secrets. And plenty of other automakers already manufacture electric cars, meaning that China can't have a monopoly on battery technology. Besides, if Americans are able to buy cars that don't have to use gasoline, what does it matter who manufactured them?

Lancaster goes on to write …

In keeping with many years' worth of doomsaying, Youngkin called the CCP "a dictatorial political party that only has one goal: global dominance at the expense of the United States." But China has so far proven a bit of a failure as a hegemony. And fear mongering over the country's industrial influence is ultimately antithetical to an ethos of free trade.

Of course, I suppose it really doesn’t matter.

Sure, it sucks for the 2,500 Virgnians that have just lost out on what would have likely been some pretty solid, well-paying jobs.  But, that factory will just end up somewhere else in the U.S.., where it will provide lots of jobs, billions of dollars of economic activity, and likely a cautionary tale for politicians who are thinking about eschewing common sense capitalism because of the illusion of communist infiltration.