An Electric Car You Can Afford 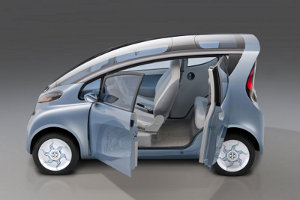 At a starting price around roughly $2,500, this small passenger car is sold only in India.

But the Tata Group is at it again, and this time they're throwing cleantech into the mix in a much more globally-inclusive project.

The company's Tata Technologies has teamed up with Dassault Systemes (PINK: DASTY), a French company, to create an electric car priced under $20,000.

Yes, you read that correctly. This electric car will be under 20,000 U.S. dollars.

The car is still in the early stages of development, so the company has yet to release specifics on a release date or investments. But it has announced the success of the first feasibility study.

From The Indian Express:

In a statement, Tata Technologies President (Vehicle Programs and Development Group) Kevin Fisher said the company is working with Dassault Systemes to “leverage the talents of a global engineering team to meet numerous design and cost constraints, as well as create the targeted user experience, including a final vehicle price tag of under USD 20,000.”

The feasibility study was done with Dassault Systemes' 3DEXPERIENCE Platform, where it was able to demonstrate how it can create an all-electric car at such a low price.

You can see images from the electric mobility study (eMO) here.

This won't be a tiny little two-person car, either. Though still small, the company said it will be able to fit four adults.

“Tata Technologies is a key business partner for us and we see its innovative and forward-looking project as the perfect example of how our 3DEXPERIENCE platform is critical to collaboration with OEMs for accelerated development cycles.”

Tata and Dassault are working with engineers from India, the U.S., and Europe, among other places, to complete their project.