Americans Are Bent Over the Barrel on Gas Prices

I’ll never forget the day I got my first car.

My uncle worked for the Metropolitan Transit Authority down in New York City, and one of his colleagues had an old clunker he wanted to offload. Since I'd just turned 16 and gotten my license, my uncle kindly thought of me and inquired about the vehicle on my behalf.

“It’s a 1979 Cadillac Coupe DeVille,” he told me over the phone. “It runs, but it needs some serious work. The good news is it's free.”

A free '79 DeVille? That was good enough for me. And since the drive to Bronxville, New York, from our house in the Hudson Valley wasn’t far and the cost was nothing, my dad was all for it too.

The next Saturday, my dad and I woke up early and hit the road. It was a crisp early spring morning, but the bacon, egg, and cheese sandwiches we wolfed down, chased with Nesquik chocolate milks, warmed the soul. And so did the excitement of seeing my new Caddy.

When we got arrived at the shop, we were greeted by Jerry. Jerry looked every bit like a classic grease monkey from the movies, but looks aside, he was charming and really knew his way around an engine. I still truly appreciate his generosity. I hope he’s well, wherever he may be.

I loved the car at first sight. It was long and aggressive-looking, with a big ol’ engine. It still had the original paint in Cadillac Laramie beige and a buttery-soft, saddle-brown leather interior. Most impressive was the big chrome grill — the type of grill so big it makes you want to throw a set of Texas longhorns on it like some big oil tycoon. That’s her below. 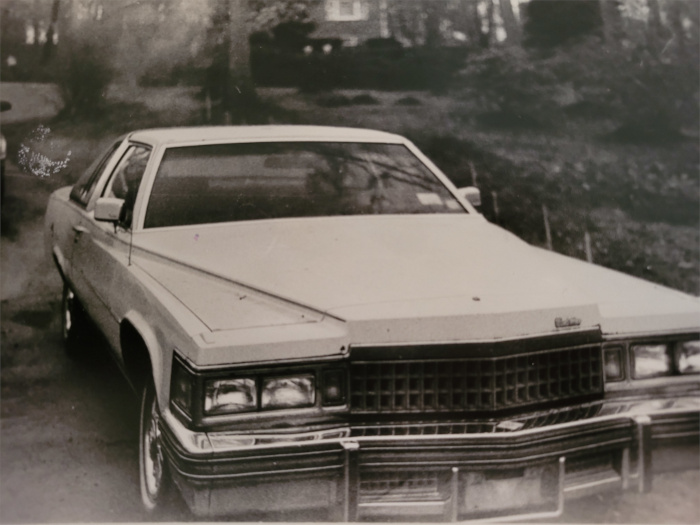 Speaking of oil and gas... the Caddy was a guzzler, soaking up 20 gallons in its massive tank each fill-up. But the V-8 hydromatic engine pumped 180 HP out of that bad boy. That’s 15 HP less than a '79 Corvette. We’re talking American muscle and style at its finest.

The big concern leaving the lot, after titles and bills of sale were drawn up and exchanged (to be fair, I paid a crisp, cool, American dollar bill for the car), was the fact that the DeVille did not have any working power steering at the time. As inexperienced as I was at driving in 1997 and as hectic as Westchester County traffic can be on a Saturday afternoon, we figured my inaugural drive would have to wait.

So my dad got to spin the tires on my Caddy first, and I followed in his Jeep.

When we got back to Newburgh, my hometown, we stopped at the local Stewart's to fill up our tanks. The Caddy, with its 20-gallon tank, cost a crisp $20 to fill up!

Seemed like a lot at the time, but I didn’t care. I was making $300 a week busing tables at a local bistro on the bank of Orange Lake. Fill 'er up!

Sadly, not too long after I drove the Caddy home from Stewart's — I think the next time I tried to drive it, in fact — the engine blew. My big Caddy dreams were dead!

I still think about my old Caddy. Sometimes I wish I still had the old clunker. But when I look at gas prices today, I’m glad I only kept the original, mint-condition hubcaps (worth $400 today easily). At about $3.30 a gallon here in the Baltimore/Washington, D.C., area today, we’d be talking $66 in gas every time I fill up. And that V-8 is powerful but not fuel-efficient.

The rise in gas prices in my lifetime is ridiculous considering the strides the oil and gas industry has made in making our refining, processing, and drilling operations more efficient. 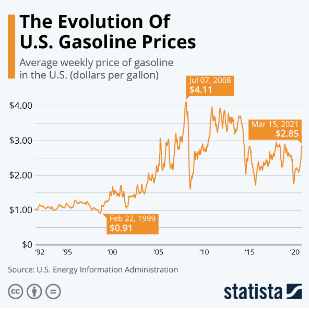 We’re producing more oil and liquid natural gas than ever before here in the United States and yet literally every American is bent over a barrel of Brent. It doesn’t have to be like this. There are ways to reduce our energy costs... if certain people in Washington would get their heads out of their rear ends.

Our Solution Is Here

Last year, while everyone was fixated on how high crude prices would rise, most investors missed the boat on lithium entirely.

Lithium represents an opportunity for major disruption and has the potential to solve a lot of our energy problems. Its use in electric-vehicle batteries is just the tip of the iceberg.

The massive demand, both current and expected in the coming years, has driven lithium prices up over 280% over the past year alone. 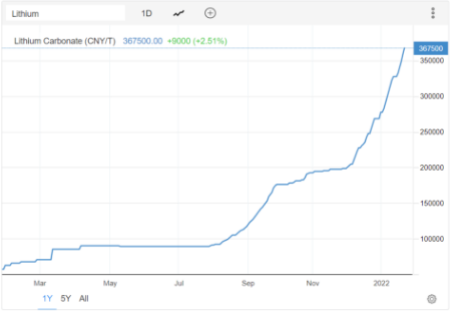 However, solving the oil and gas price crisis goes far beyond more EVs and more lithium. The world’s largest lithium producers can’t keep up with the clamor for more as it stands already.

Before we back ourselves into another energy conundrum, we need a solution.

And while the global lithium supply is getting carved up amongst a few companies that already set their own prices, we’ve discovered a disruptive new technology that could unleash the needed supply of lithium to finally end our dependence on gas and oil and break up big lithium before it ever manifests at the same time!

You can check this all out for yourself right here.