A Trojan Horse for Crypto Investors

Because like most legislation that slips and slides through the greasy palms of our elected officials, it’s full of bureaucratic buffoonery designed to do little more than strengthen and expand the powers of the federal government. 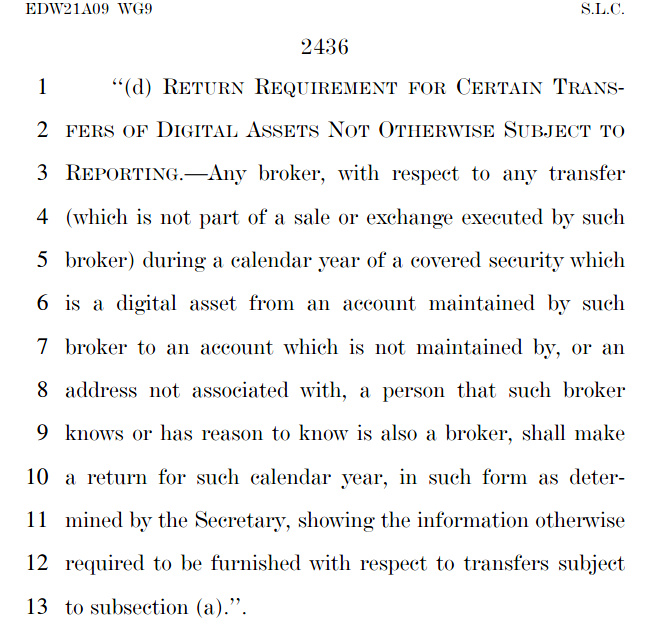 Basically, under this rule, brokers and crypto exchanges will now have to report every transaction to the government.

So the entire idea of digital currencies being free from the prying eyes (and hands) of a centralized government is no longer relevant with this rule in place as it allows the state to monitor that which it should have no authority to monitor.

Make no mistake: The government is the most successful criminal organization on the planet, and just like the mob, it will wet its beak any chance it gets. 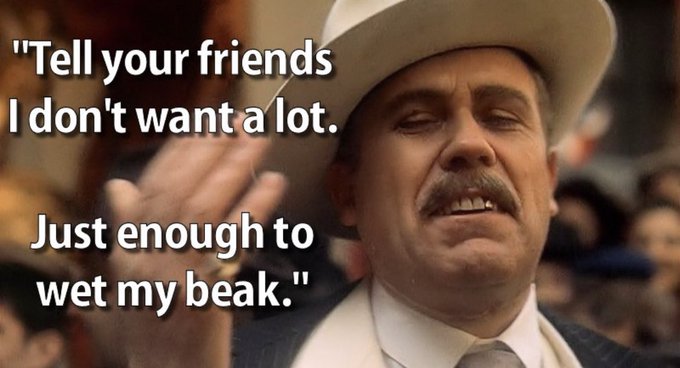 Of course, while I’ve always been a fan of the promise of a decentralized currency where bureaucrats and big-bank middlemen have no influence, the reality is that digital currencies have mostly served to do little more than provide traders with a new medium and platform to create wealth.

I don’t say this as a criticism, by the way — merely an observation of truth.

And here’s another observation of truth…

While some may look at this new effort to force crypto exchanges and brokers to report all their transactions to the government as “irrelevant” to them, think again.

You see, if you partake in digital currencies, this new rule would give the IRS the tools it needs to pressure those it thinks aren’t accurately reporting their digital assets. Maybe that could be you?

Guinevere Moore at Forbes broke this down in a very digestible way:

The proposed legislation, if passed, would have a significant impact on both investors and exchanges. Exchanges will need to undertake significant efforts to comply with the reporting regime. Investors, on the other hand, won't have to "do" anything. But under the new law, all of the information that the IRS would normally receive when an investor sells a share of Amazon stock will now be sent to the IRS when an investor sells one Bitcoin, one Ethereum, or the like. There's a lot to be sorted out: what will happen with crypto stored in cold storage, wallets not on exchanges, so-called "self custody." The proposed legislation does not address this "self-custody" cryptocurrency, because it is analogous to cash under a mattress. It is difficult to trace and even more difficult to devise an information reporting scheme that would encompass such an asset. Individual cryptocurrency owners and investors must still pay attention, however, because it is even more likely that the IRS will be made aware of their transactions and expect them to be reported on a tax return.

So why are lawmakers doing this?

Because according to the Joint Committee on Taxation, this new rule could allow the government to rake in nearly $30 billion over the course of 10 years. That’s a lot of scratch, and Uncle Sam wants his cut.

Now, I’m no tax expert, and I’m definitely not suggesting that any one industry should be exempt from taxation if others are not. What I am suggesting, however, is that this carefully hidden piece of the infrastructure bill is something most folks will never even know (or likely care) about. And that’s the stuff the government likes to go after first. It’s low-hanging fruit, and I have no doubt it will get little to no scrutiny from lawmakers.

So if you’re big on digital currencies and you’re actively using them to create and protect your wealth, be aware that the game is changing — and these changes are not in your favor.

That’s not to say you still can’t make a boatload of cash in crypto.

In fact, my colleague Christian DeHaemer’s been crushing it in digital currencies for years, and he’s even found some work-arounds to the risks that typically come with trading digital currencies. He’ll tell you more about those next week.