A Clear Call for China to Kill Coal

This Smog is Killer

The entire world is moving toward cleaner energy production, but no country is in more need of it than China.

According to a study done by a Berkeley Earth research group, the deep smog that covers many Chinese cit 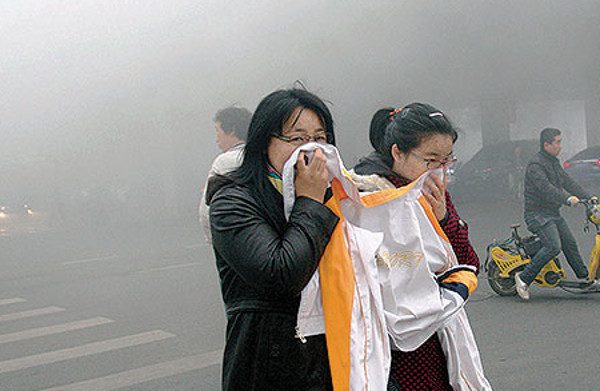 ies contributes to about 4,000 deaths per day on average, which amounts to 1.6 million deaths per year.

In order to curb this, the country has shut down many coal power plants near cities, and even reducing the use of gas-powered cars. Unfortunately, it seems coal smog as far as 200 miles away from a city can travel into the populated areas.

China has spent $80 billion on cleaner energy sources recently, more than double the amount spent in the U.S. But it is still far from the country's end goals.

And even though coal power cannot be phased out entirely just yet, China is expected to raise about $3.3 trillion in new power investments over the next 25 years, according to Bloomberg New Energy Finance.

That money will be going into new energy sources, especially renewables.

Already, 50 new nuclear plants are under construction in the country, partially supported by U.S. technology and services.

Solar energy is also a viable source for China. Just this year, the country plans to install 14 gigawatts of solar panels, accounting for about one quarter of the world's 55 gigawatt output.

Wind, too, will play a major part in China's new energy portfolio. At the end of last year the country had 23 gigawatts worth of wind farms online, according to the Navigant research firm.

As you know, renewable energy sources are not yet technologically advanced or economical enough to provide 100% of any country's power demand. But these kinds of strong efforts will continue and will certainly boost the world's slow but sure move away from dirty, killer coal power.