The Best Industry for the New Year

We’ve talked about the promise of uranium fairly often this year, but as the new year looms on the horizon, it’s 2014 that deserves all the buzz.

There has been a flurry of activity as the year comes to a close – acquisitions, deals, financing – and we’ve seen the industry facing supply disruptions. All of these happenings point to a big year ahead. 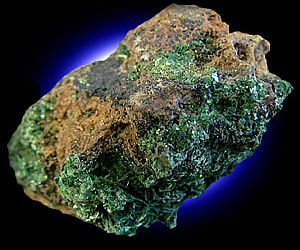 Despite it all, uranium prices still sit at their lowest since 2005. With the sweeping storm that is natural gas gaining so much favor in the U.S., strict regulations on carbon emissions, and Japan’s Fukushima disaster, the nuclear industry has been beaten down since 2011.

But the nuclear industry has also bounced back before. According to Reuters, the price of uranium was at an all-time high in 2007 when it hit nearly $140.

And even though 2013 showed many signs of promise, the outlook hasn’t been so great. Nuclear power just doesn’t get a good rap, and most governments around the world are, in one way shape or form, moving away from atomic energy, even going so far as to shut down reactors in favor of alternative power.

But nothing seems to stop the wheels from turning. One thing 2013 showed us is that the uranium and nuclear industries can face the toughest of challenges and still stand on their feet. And they only gets bigger.

Now they're ready to snowball into 2014.

Uranium has definitely found itself in a deep, dark hole these past few years. Not only has it gotten a black eye as emerging power sources take over, but as it lost favor, the market was flushed with excess supplies, and most utility companies had stockpiles of the stuff. That led to non-discretionary buying and soft prices; mines were taken offline, and the entire system was strained.

That won’t be the case in the future. When we look at the long-term, analysts say that there is an unavoidable deficit in uranium supplies that we most definitely will see, probably by 2019. And no matter what we do now, there is no way around it. This could result in several reactors having no uranium to operate with.

For the short-term, probably the biggest single factor to effect uranium prices will be Japan.

I’ve personally suggested that Japan getting its reactors back online will kick start the sputtering industry a few times. That’s one reason 2013 was the almost that never was. Japan didn’t restart its reactors as soon as many were hoping, and because of Japan’s regulatory delays, uranium delivery contracts were deferred – and remain deferred. And that only pushed more supplies into existing markets.

But the waiting game has come to an end. In early December, the Japanese Ministry of Economy, Trade and Industry officially recommended that nuclear should be a primary source of power for the country, according to OilPrice.com. The new strategy or energy plan drawn out highlights 20 years of procurement and called nuclear an “important base power source” for Japanese forward progress.

This is significant for the uranium market and nuclear technology companies.

Japan has 14 reactors that currently sit idle. Once they are back in operation, the uranium market should shift into high gear.

Now, with this new plan in place, the only question is when Japan will fire up its first reactor. Experts assume that the majority of the 14 will be back online by the end of 2014, with the first no later than mid-year.

What we should focus on now is the potential for a rise in long-term prices. This won't be anything like what we saw in 2007; it will be more gradual, but it could be dramatic, nonetheless. As for the spot price of uranium, that could start moving more quickly as materials are traded.

Spot prices, according to Uranium Investing News, will average about $43.25 for 2014, meaning that prices will also spend time above that price. By the end of the year, the spot price of uranium could be closer to $50. And when we peak into 2015, we could see it as high as $62.50. Looking at the long-term, a conservative estimate is right around $70 per pound.

Knowing that, if you’re looking to stay ahead of the uranium market, you want to keep a close eye on Uranium Participation (TSX: U). This one company generally reflects how the market is reacting, and recently, it has been at a premium.

As for exploration, I told you that we’re going to see a shortage of uranium by 2019. The future is in finding new deposits and bringing them to market. The success of companies like Kivalliq Energy (TSX-V: KIV) will depend wholly on what they are able to uncover.

Diversification will be key. Utilities are going to want to find suppliers from different regions of the world to ensure there is enough inventory as they deal with a shortage.

Owners and operators of mines, like Ur-Energy (NYSE: URG), who is working the Lost Creek Uranium mine in Russia, will be ones to watch. It’s no coincidence that just as Russia declines to extend its uranium nuclear arms program with the U.S., it makes its first shipment of yellowcake uranium to a conversion facility in Illinois.

During the time of the program, according to trib.com, Russia shipped 500 metric tons of highly enriched uranium to the U.S. under the nuclear arms deal; Russia surrendered some 20,000 nuclear weapons in the process, providing about half of the nuclear power generation for the U.S.

Here in the U.S., Wyoming is the uranium state, so anything coming out of there could be big news.

No matter how you slice it or where you go, 2014 is the year of uranium.