$300 Billion up for Grabs for the Psychedelics Market

Take a look at this pill. 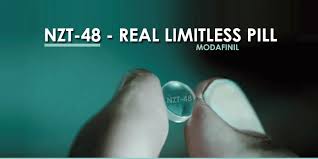 This pill, known as NZT-48, has been called the “limitless pill," as it allows the user to experience a limitless amount of potential after taking it.

After taking this pill, you can pretty much do anything.

You can learn a foreign language in 24 hours.

You can study astrophysics and become an expert in the field within weeks.

You can even gain the ability to time markets the same way an algorithm can and make a ton of cash in the process.

If you’re familiar with the movie Limitless, you know what I’m talking about.

It's the story of a washed-up writer who takes the “limitless pill" and ultimately becomes rich, powerful, and — of course — incredibly successful.

Now, while the story is not based on any real events, the concept of a “limitless pill" is not new.

For decades, scientists have been tinkering with molecules and biology in an effort to find something that could increase human brain potential.

And while something as powerful as the “limitless pill" is unlikely to become a reality in our lifetimes, there has been some progress in the discovery of drugs that now have the potential to increase your ability to learn and focus, help you enhance your physical performance, and even regrow neurons.

This stuff really is fascinating.

Now, most of these drugs are identified as a class of entheogens.

If you’re unfamiliar, entheogens are substances that alter mood, perception, cognition, and behavior. They’re actually quite popular these days with folks who have jobs that require a lot of energy and focus and also carry a fair amount of stress.

Certainly, you’re familiar with some of the more well-known, successful people who have used entheogens in the past in an effort to help them become so successful.  These include but are not limited to:

Entheogens have also attracted a lot of very successful investors who have been ponying up millions in entheogen companies over the past few years. Here are just a few:

Make no mistake: These guys didn’t get where they are today by making bad investment decisions.

Truth is, the entheogenic medicine industry has come a long way over the past 10 years.

Ten years ago, there were hardly any studies being conducted on these medicines. Today, there are dozens of companies creating new entheogenic drugs that are either preparing for or currently in FDA clinical trials.

And billions of dollars are flowing into the space.

Not that you should be surprised. After all, while testing is being done to see how these drugs could make us smarter, faster, and pretty much better at everything we do, they’re also targeting some very serious mental health conditions that represent a treatment market valued at more than $300 billion.

Not to sound crass, but to deny that investors can make a lot of money by investing in new cures for serious mental health conditions would be foolish. And that’s why I’m going all in on this market.

In fact, I just put together an "Introduction to Entheogenic Stocks" that includes all the details on why this market is so valuable and, of course, access to a list of stocks that are already crushing it in the space.

The way I see it, if guys like Steve Jobs, Bill Gates, and Joe Rogan have been able to use these medicines with great success while guys like Peter Thiel, Tim Ferriss, and Kevin O’Leary are investing millions in this space, only a fool would ignore this opportunity.

Click here now, and just look at the evidence for yourself.

I have no doubt that when you’re done seeing the evidence, you’ll be rushing out to buy a handful of new entheogenic medicine stocks.