Since Facebook purchased Oculus in March 2014, Mark Zuckerberg was fully convinced that virtual reality would be brought to the mainstream in 10 years.

It makes sense — virtual reality technology is applied to much more than fun games — but VR may pick up a lot sooner.

For instance, Volkswagen is partnering up with a company that manufactures VR software to innovate a game-changing development that can change vehicle manufacturing forever.

The entrance into the mainstream that Zuckerberg is talking about? This may be it. 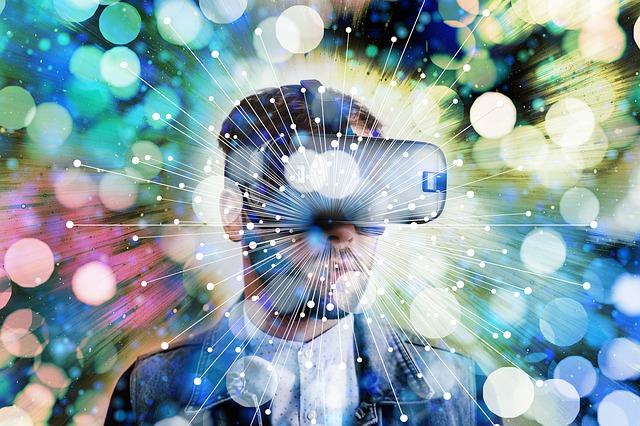 Virtual and augmented reality as a combined market is going to increase at an extremely fast rate. Over the duration of just three years, its worth is estimated to grow NINE TIMES its current size.

So what is going on in the VR world that is making it worth so much? It can't just be because of the guy who created Facebook, right?

Investing in other companies that show more promise in the VR world than Oculus might be the way VR is brought to the mainstream… turning the tables on Zuckerberg.

That’s why we’re here. We don’t want to make the rich people even richer — we want to put money in our own wallets!

Don’t worry — there’s a big market to dive into. Let’s take a look, shall we?

This is the VR software company partnering with Volkswagen.

Unity started off developing video game software and is currently a leader in creating 3D content. At the end of 2020, Unity debuted as an IPO and then the partnership with Volkswagen was announced very soon after.

Volkswagen is going to use Unity's technology to not just design its vehicles in 3D but market them as well.

The software is called Unity Forma.

The new technology is able to cut production time and give vehicle designers more time to focus on their creative process and possible troubleshooting.

If you look at the Unity website, you’ll see the direct quote from Candido Peterlini, the head of Global Digital Marketing at Volkswagen:

Unity Forma comes with features that will help us to provide faster and higher-quality real-time content like configurable product visualization.

Volkswagen isn’t the only project Unity is working on.

Through VisualLive’s technology, inspection on construction sites can be more thorough and prevent mistakes that could cause any danger or are simply costly.

Remember, Unity is an IPO; it just opened up for public trading last year. With a rapidly expanding client base and a 43% increase in revenue in 2020, Unity is a force to be reckoned with.

If any company can face Oculus head-on, Nvidia may be one of the strongest contenders. Unlike Unity, NVDA is a veteran company and specializes in gaming VR… the same as Oculus.

NVDA is one of the 15 most valuable technology companies in the world. Facebook is one of those 15 as well, so the playing field is more level.

The Nvidia VRSS was developed to improve image quality for VR games.

The “SS” in VRSS stands for “supersampling.” The image quality for VR games and applications are tweaked; the pixelation that most games fall victim to is eventually straightened out.

This is through the application of different shading rates on different places on the viewer’s screen. In the peripherals, the sampling rate is unchanged, but the mask region on the viewer is able to be supersampled up to eight times.

YouTube channel Virtual Reality Oasis deemed the VRSS a “step in the right direction on PC to optimize VR games to look better in the future without sacrificing on performance.” It claims the VRSS is “paving the way for VR to be more accessible in the future.”

Last year, Nvidia's share price was 117.8% lower than it is now. Obviously, you don’t want to wait until the price on this big company rises even higher. 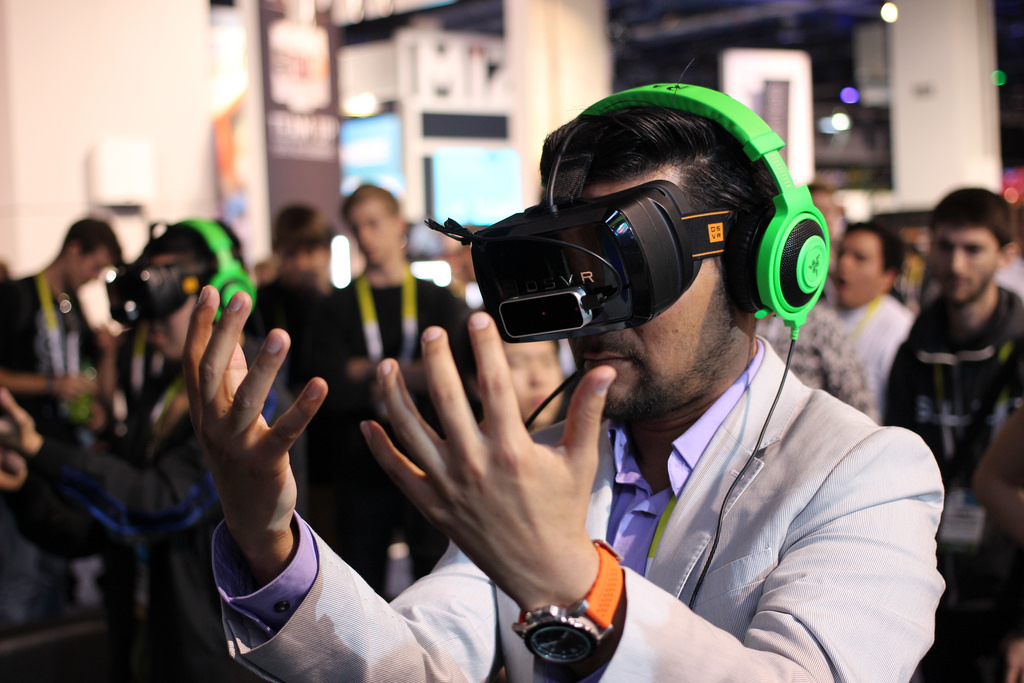 HTC went from being known for manufacturing phones to trying to catch up in the VR market.

It started off the year releasing two new accessories to its signature VR product, the Vive Pro headset.

This is one of the products that rivals the Oculus headset.

One of its two accessories assesses facial expressions and mouth movements; the second assesses body posture.

Thirty-eight facial movements are detectable by the face tracker accessory, compatible with other Vive products.

Originally, the unwieldy size of the Vive headsets drove customers away from HTC and toward Oculus.

However, HTC seemed to have heard the criticism and made adjustments because its new accessories are 33% smaller than older Vive products and the battery life has increased by 75%.

HTC is definitely aware of the rapidly growing VR market and knows it needs to step up its game if it wants to beat its competitors.

It doesn't hurt that in its fourth fiscal quarter, the Academy of the International Extended Reality awarded HTC the Accenture VR Lifetime Achievement Award.

Interestingly enough, it was only after the press release about the HTC products that Zuckerberg announced his initiatives for the VR division of Oculus to prioritize eye-tracking and expression-capture functions in future hardware.

HTC has only a fraction of Facebook's net worth and stock price, but competition is still competition Mark Zuckerberg's eyes.

Although there have been some bumps in HTC’s path, if its products live up to their hype, the company can definitely keep up with Oculus.

You knew this was going to be one of the mentions on this list. Sony is a tech titan that’s not to be underestimated.

Sony kills it in many industries, and the virtual reality industry is no exception.

We feel our hair graying as we wait for the next round of PS5 purchase availability. Don’t worry, we’re all in the same boat with that one.

You can’t deny that the demand is insane. That’s the extremely large upper hand Sony has over Oculus. Look at all the scalpers with PS5 consoles and their asking price for them. They're making quite the pretty penny off these sales.

And on top of that, in mid-March, Sony announced a new virtual reality headset compatible with the PS5.

Sony is doing exceptionally well with shares gaining 80% over the past year, so it's not a shocker that it bears a “strong buy” ranking under the Zacks Rank.

I think the biggest crime is that Facebook doesn’t pay dividends.

There’s not much justification for that either. Usually, smaller companies aren’t in a strong enough position to pay out dividends. But Facebook isn’t a smaller company. It can easily afford them.

Dividend payments are a reflection of a company’s stability. If Facebook and Oculus want to create their own hype and branch out even wider, they better start at the fundamentals.

The only company on this list that doesn’t pay dividends is HTC, and it’s clearly because it has the smallest share price.

All signs point to virtual reality companies that can give you a better payoff whilst basking in the satisfaction of sticking it to the man.

Even with Sony being the tech giant it is, it has a share price almost three times smaller than Facebook’s, so you’re saving money as well.

Believe me, there’s more to the VR market and why it’s bound to increase in worth so rapidly. This is only the tip of the iceberg — to chip away more, there’s our e-newsletter Energy and Capital.