Almost 300 million people suffer from depression across the globe.

In the U.S., Major Depressive Disorder (MDD) is the leading cause of disability among 15–44-year-olds.

So what are we doing about it?

Until as late as the 1960s, asylums and lobotomies were the standards for getting “straightened out between the ears.” Though researchers have pioneered medical marvels in the last half-century, the number of treatments for physical ailments dwarfs that of mental ones. It wasn’t until the ‘70s that the health care establishment began to view mental disorders more similarly to physical ones and introduced more consistent diagnostic methods. Still, we had to wait another decade for MDD to officially enter the third edition of the Diagnostic and Statistical Manual of Mental Disorders — one of the primary tools used in the diagnosis of depressive disorders.

I’m not saying modern people haven't made great strides with regard to mental health. We’re lucky not to live at a time when we're imprisoned over a small mental health crisis. Shoot, you were just mercilessly tortured if you were depressed during the Renaissance. The majority of people believed you were simply possessed by demons.

Can you imagine that? Admitting, “I think I’m depressed,” and being met with a casual, “You just may be possessed.”

The ancient Greeks and Romans, who believed in the restorative powers of exercise, music, and hydrotherapy, were definitely onto something. They targeted different triggers and possible imbalances in the body as the causes of depression, an idea that may have led to the practice of bloodletting. Though they practiced an early form of behavioral therapy and rewarded good behavior, the art hadn't been perfected yet.

Such is the case today. Mental health isn’t the flu, but shouldn’t the process of treating it be as simple as treating the flu? You go to the doctor, who diagnoses you with the flu, writes you a prescription for meds, and you’re on your way.

After a couple of centuries of extremely questionable approaches toward treating mental illness, experimental methods are understandably taboo.

Look at cannabis. At the beginning of the 2000s, did anyone expect that CBD would be a mainstream treatment for anxiety in 2021?

Psilocybin's use in a similar capacity may meet the same amount of criticism — if not more.

Most know it as the “trippy chemical” in “magic mushrooms,” but that may change soon. 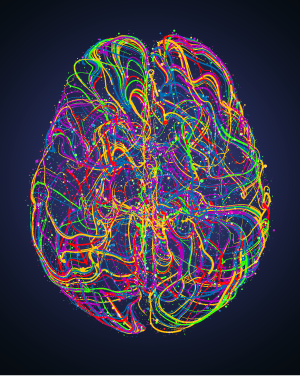 There have been many studies on psilocybin and its effect on depression. A study conducted by Alan Davis, Ph.D. at Johns Hopkins University involved 24 participants with depression who were randomly assigned psilocybin-assisted therapy immediately or after eight weeks.

Compared to the participants who had to wait, those who immediately received the psilocybin-assisted therapy displayed improved depression symptoms.

Once all the study participants received the therapy, 17 out of the 24 experienced a remission in their depression after a month.

That is game-changing. And while, understandably, there are skeptics, studies like this speak for themselves.

There are 46 psychedelic drug stocks now trading on multiple North American stock exchanges. In the next six years, analysts expect the psychedelics market to grow at a CAGR of 16.3%, eventually reaching a valuation of $10 billion.

Analysts predict the biotech market, on the other hand, will reach $2.44 trillion by 2028.

Two of the companies behind these stocks perfectly balance the natural remedies of the psychedelics industry and the high-tech innovations of the biotech industry. They could revolutionize how mental illness is treated using psilocybin…

Both are trailblazers in their own right.

Cybin Inc. (NEO: CYBN) is a biotechnology company leading in the advancement of psychedelic therapeutics. It describes itself as being “at the forefront” of the psychedelic revolution.

The company just announced its approval (granted by the ethics board at the University of the West Indies Hospital in Jamaica) to launch the second phase of clinical trials on its drug CYB 0001, a sublingual formulation of psilocybin that would be a dissolvable strip. If approved, it would treat Major Depressive Disorder.

In phase 2A of the study, 40 participants will be used to compare Cybin's formulation to a 25 mg pill of psilocybin.

In addition, 12 provisional patent applications have been filed by Cybin for novel psychedelic compounds. One of the compounds is intended to target alcoholism.

With a patent related to the treatment of alcoholism and an MDD study underway, who knows what else Cybin plans to tackle with psychedelics.

Overall, Cybin’s main goal is to shorten the duration of the treatments — having more control over the substance could lead to better results. Better results raise the chances of gaining that oh-so-needed approval by the FDA.

The company just went public in 2020, so its share price is just above $1. CNN Business analysts estimate a 467.60% increase in its current share price over the next 12 months.

Imagine holding this company when the FDA approves one of Cybin’s patents.

The beginning of this year saw the company receive $144 million from investors like billionaire Peter Thiel (the founder of PayPal) to finance clinical testing.

The company expects test results by the end of the year. On top of that, it received two patents in March.

Our recent financing gives us additional resources to work even faster and to expand our efforts, grow our team and focus on developing new indications, new compounds and new technologies, building on our leadership position in psilocybin therapy and mental health care.

The funding could induce the testing trials to run a lot smoother and quicker, possibly reaching the federal approval goal earlier than expected.

If approved, COMP 360 would have intellectual protection for almost eight years in the U.S and for 11 in the U.K.

Those are the two big factors that could advance the efforts at making psilocybin a more mainstream treatment in general and serve as a catalyst for even more market growth.

Obviously, from what we’ve seen so far, psilocybin has proven to be pretty effective in treating Major Depressive Disorder. Regardless of stigma, I’m pretty sure that if you ask anyone suffering from depression, they would be open to possibilities.

They might also tell you the trial-and-error journey of finding an antidepressant that works for them can be pretty rough.

Psilocybin isn’t some miracle drug, but based on the results we’ve seen, it has the potential to at least do some good.

We’re not going to see dispensaries anytime soon, however; the future of psychedelics is in medicine.

And it doesn’t hurt that there are several ways for you to potentially profit from it.

For updates on Cybin Inc., Compass Pathways, and other companies in the psychedelics market, keep reading Energy and Capital!