Special Report: The Trevor Rees-Jones Cycle: How to Invest in the Oil Market Recovery

The oil and gas markets over the past few years have had huge ups and downs. From oil that was $110 a barrel in 2014, to just $26 a barrel in 2016, it has been hard for investors to know how to wisely invest their money... And many have turned tail and run.

However, where most investors see doom and gloom, one Trevor Rees-Jones sees a huge opportunity.

Rees-Jones made his fortune in oil and gas by knowing how to play the markets, whether they were good or bad, to his advantage.

He's had his losses — you can't win all the time — but he's shown he can take a hit and bounce back with a larger pile of cash in hand.

And now he expects to do the same by playing the rough oil and gas markets right back up to the top.

The Source of All Optimism

Trevor Rees-Jones wasn't always the oil and gas-made billionaire he is today.

He actually started his career as a lawyer, one who argued for bankrupt oil and gas companies. But rather than stay on the legislative side, Rees-Jones wanted a taste of the actual trading business. 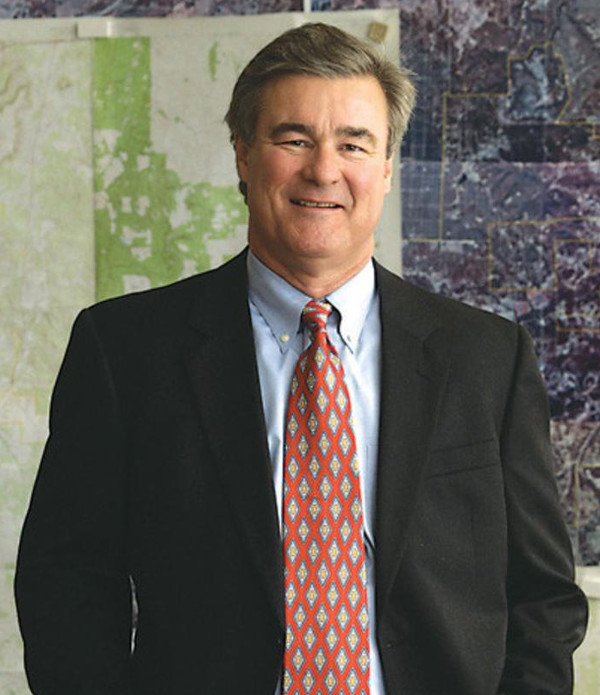 “I was fascinated by the oil and gas business, putting deals and prospects together,” he said according to a Forbes article.

And he started, as many investors do, with failure.

A decade before he started his company, Rees-Jones began drilling. He found investors interested in helping him explore and raised his bank credit limit to $48,000.

Between 1984 and 1994, he drilled more than 100 wells throughout Texas, choosing his spots at random as they became available to buy.

These wells didn't bring him very close to being a billionaire, however. Fairly often, he had to call his investors to say the latest project hadn't panned out.

Finally, in 1994, Rees-Jones brought together three other partners to create Chief Oil and Gas, his first concrete company.

In the beginning, the company focused on drilling in the Barnett shale play in Texas. Rees-Jones wanted to follow in the footsteps of another oil and gas trader who had already made his billions: George Mitchell.

Mitchell is seen as responsible for bringing the processes of horizontal drilling and hydraulic fracturing together. It was this process that made the Barnett shale so valuable, as it dropped the price of drilling and boosted shale production.

Long before the U.S. shale boom rocked the markets, Rees-Jones was using this same technique to get his company off the ground, becoming one of the early pioneers of the fracking business.

The Barnett shale was ripe for the drilling and came up with record amounts of natural gas supplies. Even so, George Mitchell had to sell to Devon Energy in 2002, leaving Chief to become the second-largest producer in the play.

The company earned that title in 2004, the same year Rees-Jones bought out his partners and became sole owner of Chief Oil and Gas. He expanded his asset base in the Barnett, but in 2006, he decided to sell the company's original assets, including drills and pipelines, to put a little distance on the volatility.

He did not, however, sell the newer assets. Those he kept until the oil and gas price peak in 2008, when crude was going for $140 per barrel and natural gas for $14 per thousand cubic feet. Leaseholds on productive acreage could be had for as much as $10,000 per acre.

And Rees-Jones took full advantage, selling off the last of his Barnett acreage at a premium.

But he wasn't done playing the markets just yet...

Trevor Rees-Jones has had experience with low prices before.

Years before the current rout was fully underway, Chief Oil and Gas had to deal with plunging prices of its main commodity: natural gas.

When Chief Oil and Gas let go of the last of its Barnett shale assets, the company moved to focus on the emerging Marcellus shale play in Pennsylvania.

Much like he had in Texas, Rees-Jones began leasing and drilling on whatever land he could get his hands on. That was when the shale play was largely unexplored, and it took some random drilling before the most productive areas could be located. 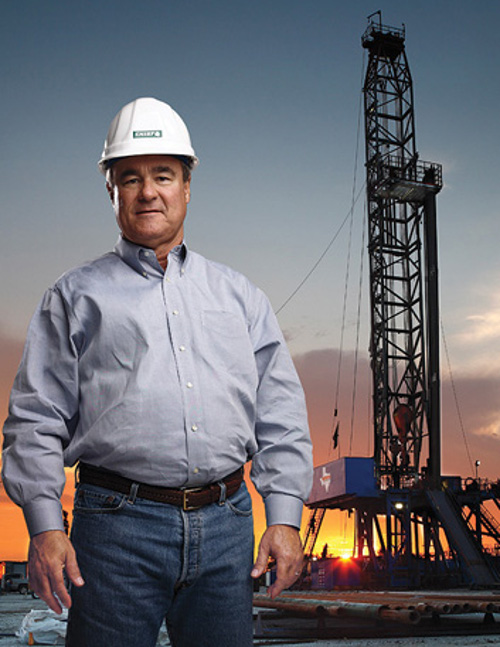 Along with partner Tug Hill Inc., Chief gained assets on 600,000 acres of Marcellus shale land. But by 2009, when the shale play had been established as one of the most productive natural gas plays in the U.S., it was time to start selling again.

Chief's pipeline sector was also sold to Penn Virginia Resource partners in 2012 for another $1 billion.

This, it turns out, was impeccable timing.

In 2012, natural gas was priced at around $4, a low point for the commodity at the time, making many assets less valuable.

Of course, that's not the worst of it. We know now that natural gas still had quite a bit farther to fall. At the time of writing, the price is about $2 per million British thermal units, which is about $1.95 per thousand cubic feet proportionally.

But unlike in the Barnett, Rees-Jones didn't sell off all of Chief's assets here. The Marcellus shale still has one of the cheapest production rates for natural gas, around $1.50 per thousand cubic feet.

So Chief Oil and Gas held onto about 200,000 acres in the most productive area of the shale play. What's more, in recent years, despite the glut and volatility, Rees-Jones has added to the company's acreage, buying $500 million worth of land from Chesapeake Energy in 2013 and another $30 million worth from Anadarko sometime after that.

“If I can make good returns now,” Rees-Jones claims confidently, “it's going to get a lot better in a couple years.”

Think about that: Rees-Jones is so confident in his business that he is buying in a time when most companies are divesting as quickly as they can, lest they have to shut down entirely.

Clearly, the man knows what he's doing. And he's still not done doing it.

Anyone who's been in the oil and gas markets for a while knows that they move cyclically. That is, they lose and gain value all the time.

The comforting thing about these particular commodities is that they are essential to the lifestyles we live today — not only for energy production, but for various products many people can't live without.

For instance, petroleum is used to make all sorts of plastic items and can even be found in clothes. Natural gas plays a major part in fertilizers, which are necessary to keep agriculture up to scale.

So there's little to no chance that they'll be this low forever. The alternatives to oil and gas just aren't ready to completely replace them yet.

Trevor Rees-Jones knows this. And so he's seeing the current multi-year lows not as a signal of doom and gloom... but as an opportunity.

Rees-Jones has always been good at buying low and selling high, and he even knows when to hold onto assets of value.

So it's safe to say that his investing strategies are well founded. When Trevor Rees-Jones sees an opportunity, it's pretty likely to pan out.

And he's got his eye on the U.S. oil market once again.

Rees-Jones has already shown interest in new assets in the prolific Permian Basin.

The Permian is one of the country's oldest shale plays, and it was the only one that increased production during the rout in global oil prices.

Reuters writes, ".. the Permian accounts for a disproportionate share of the industry's recovery. The amount spent on Permian land purchases and leases last year represented 39 percent of all deals nationally and tripled the activity seen in any other major U.S. oil region."

So there's no doubt that, given the right position, there are still profits to be made in the Permian.

Investors can emulate Rees-Jones’s fantastic track record with some level of confidence.

Now, we're not saying you should go buy some land and start drilling randomly — the time for that has come and passed.

And, unfortunately, you can't invest directly in Chief Oil and Gas. It's still privately held, with no plans for a public offering as far as anyone knows.

But what you can do is invest in the same places as Trevor Rees-Jones and make some of the same gains he's hoping to see out of the Permian shale play.

A big Permian player is Diamondback Energy (NASDAQ: FANG), which just got another huge stake in the basin...

In late 2016 Diamondback spent nearly $2.5 billion to buy two companies and their land in the Deleware basin (part of the Permian basin as a whole), which was the third largest deal there.

Many companies on the market right now are lucky not to be de-listed for all the value they're losing. But Diamondback has gone the complete opposite direction just from operations in the Permian Basin. They have about 105,894 net acres in the basin, and interests in nearly 1,000 wells.

And in case that wasn't impressive enough... They also formed Viper Energy Partners (NASDAQ: VNOM) an oil and gas LP created to take advantage of additional acquisition and exploitation opportunities, mainly in the Permian Basin.

In addition to being a subsidiary in which investors can buy stock directly, Viper's first quarter report showed a production increase of 8%, with distribution up 17%, the highest in the company's history.

To get the best of both the Midland and Delaware Basin areas of the Permian play, just take a look at Parsley Energy (NYSE: PE).

This company has over 95,000 net acres in the Midland area and more than 43,000 acres in the southern Delaware Basin, with 481.5 net producing vertical wells. Their first quarter report showed their daily net production up 21% for the quarter, and 81% for the year.

These are some rough times for the oil and gas markets, but these companies are still reaping the benefits.

Trevor Rees-Jones has learned exactly how important a valuable position can be. It's proven to be the source of his fortune.

“When I was able to get down the road a ways and look back,” he says, “I realized success is 90% perseverance. The key is to stay in the game.”