Energy is such a critical resource that it affects every single human endeavor.

Because it's become so cheap and readily available, each and every one of us uses more energy than the previous generation.

From wood to whale oil to coal to oil... every transition has given us access to cheaper energy and created vast amounts of new wealth.

And we're undergoing another one of those transitions right now.

Today, energy is at a crossroads. Like a slowly burning fuse, a catastrophe of immeasurable proportion is looming...

With today's seemingly abundant energy supply, it can be difficult for us to imagine an energy-limited world. Nevertheless, the impending energy crisis is coming. 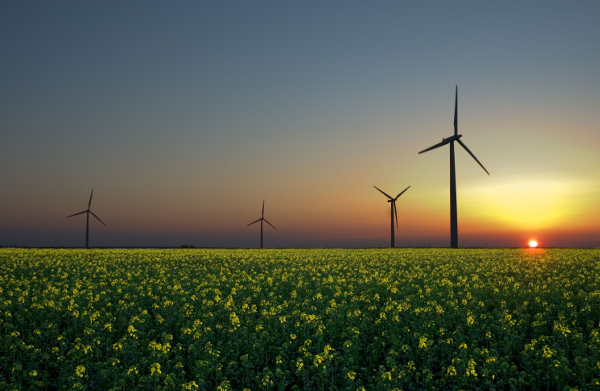 This energy crisis is beginning to make its way into the media limelight, but very few people are aware of its true scope and magnitude.

And like the ancient phoenix, a great opportunity will rise from the ashes of this crisis.

Energy investing is an important part of any portfolio. Energy is used for so much in our daily lives: transportation, heat, electricity… the list goes on and on. But energy investing is a wide and varied field… where do you start?

Today we’re going to talk about some of the basic tenants of energy investing; from fossil fuels all the way to renewable energy.

Oil slowly rose in price as the glut receded and demand for it rose. But when Saudi Arabia, the second-largest oil-producing country in the world, decided it wanted out of the oil game it flooded the market with oil, wanting to make a quick turnaround to invest back into non-oil sectors of its economy. This is one of the reasons oil slid and was in the $40s for several months. The good news now is that oil is rallying, and is finally over $55 a barrel again. That’s why now is the time to get invested in oil.

So oil is one way to go... the other? Oil's cousin, natural gas.

Natural gas is another fossil fuel that is used for energy: it's primarily used in heating, cooking, and electricity. It's also used as fuel. It's been ignored for a while in favor of oil, but two things have contributed to its rise: fracking and demand. There's also been a turn toward it because it's more environmentally friendly than most other fossil fuels, producing far less carbon dioxide than both oil and coal.

Fracking is a method we've known of for at least 60 years, but it's only been in the past 10 or so that many more gas and oil companies are turning to fracking to get to the gases below the earth's surface.

There are many advantages to fracking, including allowing natural resource companies to gain access to difficult-to-reach gases and oil. In the U.S. alone it has driven down oil prices and improved domestic oil production so that we no longer have to rely so heavily on Middle-Eastern countries for our supplies of oil and gas.

Remember when gas was $5.00 a gallon? No one could afford to go anywhere. Remember when you had to be careful with your heat because the oil that ran it was so expensive? Fracking is one of the reasons we don't have those problems anymore. According to Investopedia, we've had a 36% increase in the amount of natural gas the U.S. produces since fracking started being used.

Instead of having to rely on others for our supply of these vital resources, we can now use the resources we've always had, only now they're not buried so deep that we can't get to them.

We now have access to natural gas due to fracking... and we suddenly have a huge demand for it.

Asian countries are not alone; global natural gas demand is expected to shoot up, and natural gas shares have shot up because of this demand, which is why now is the time to get invested in this product, before it's too late.

We've talked a lot about fossil fuels… and we bet you’re wondering, what about renewable sources of energy? Isn’t that what you hear about every day on the news?

You might think that other than providing sources of energy, solar power and oil are totally unrelated… but you’d be wrong. Oil prices have always directly affected the price of solar power… until now. It used to be that when energy sources like oil and natural gas tanked, solar did too. It didn’t matter how much people wanted to invest in solar power, it was just too expensive. The panels and storage needed for solar technology weren’t feasible for the average person, or even the average company, but that’s all changing now. According to National Geographic, “Despite low natural gas prices, solar and wind accounted for 60 percent of new U.S. power capacity last year and will likely account for 70 percent this year.”

We’re understanding solar technology more, which is allowing us to cut the prices. The average price of the PV panel needed for solar installation has more than halved in price since 2004. There are also government incentives to consider; Congress renewed tax credits on solar and wind power for another five years last year, which forces companies to look into renewable energy sources more seriously, as it can help cut costs.

Demand has also risen sharply. The UN Climate Accord in Paris of 2015 set the stage for talks on global energy, and many countries pledged to reduce fossil fuels and look to more renewable sources of energy. Solar is one of those sources. Billions of dollars are being poured into solar power… and it’s not from sources you might think. Sure, many green technology companies are investing in it, but so are oil and natural gas companies. According to The Guardian, “Total made its first real drive into renewable energy five years ago, with its $1.4bn acquisition of SunPower, one of the largest solar panel makers in the US. Total has also since set up a division, called New Energies, for these low-carbon technologies.” Total is one of the biggest oil and gas companies in the world. Another huge oil and gas company, Shell, has also established a New Energies section that will focus on renewable sources of energy. Even Exxon, one of the companies least likely to bother with energy sources other than fossil fuels, have started to look more seriously into renewable sources of energy.

Now, none of this is to say that you should drop all your fossil fuel stocks and buy only renewable energy shares. The U.S. still relies heavily on oil and natural gas, and that’s not likely to change anytime soon… but renewable energy is here to stay, which is why now is a good time to get invested in it.

Now that you know some of the basic principals of energy investing, you’re ready to dive right in. That’s why we’ve provided three stocks that will get you started on your journey as an energy investor.

Chevron is the second-largest oil and gas company, with a market cap of $215.43 billion. One of the best things about Chevron is that it has one of the best histories for dividend payments, increasing them continually over the past 27 years, even through many boom and bust oil cycles, committing to increasing the dividend payments even through tough financial times. Chevron’s diversity has helped it stay afloat through many years, and last year it had a dividend yield of about 5%. It was founded in 1879 and is headquartered in Sam Ramon, California.

Rice Energy is a smaller natural gas company, with a market cap of $3.96 billion and a start date of 2008, but it has showed promise and has done especially well lately. It is an independent natural gas company that acquires, explores, and develops natural gas and natural gas liquids. It focuses on the Appalachian region and has producing wells all over the area. Because it's smaller, it's better able to focus its efforts and also gather and compress natural gas, natural gas liquids, and oil. It was founded in 2008 and is headquartered in Canonsburg, Pennsylvania.

SunPower is a small solar company with a market cap of just $1.22 billion, and a share price of $8.78 at the time of writing. However, this is one of the reasons we recommend SunPower. It’s a much more feasible stock to get invested in for the average investor, and SunPower has a lot of room for growth, specifically because it provides solar technology for more than just commercial use, it also provides it to individuals and residences. With the growing demand for solar power in homes, SunPower has an advantage over bigger companies because it is already set up to provide solar power to individual homes. It was incorporated in 1985 and is headquartered in San Jose, California.