Special Report: The Power of the Wind: Why You Need to Invest in Wind Energy Today

Oil and gas have been whipsawed for the past few years from a high of $140 a barrel to a low of $26 a barrel in February of 2016. Rear-guard OPEC cuts will drive it higher for a time, but over the long term, fracking and renewables will send hydrocarbons to the land of buggy whips and spermaceti.

That’s right; OPEC is dying. We don’t have to rely on fossil fuels as our main source of energy anymore.

Many countries are pledging to move away from fossil fuels and toward the more environmentally safe renewables. 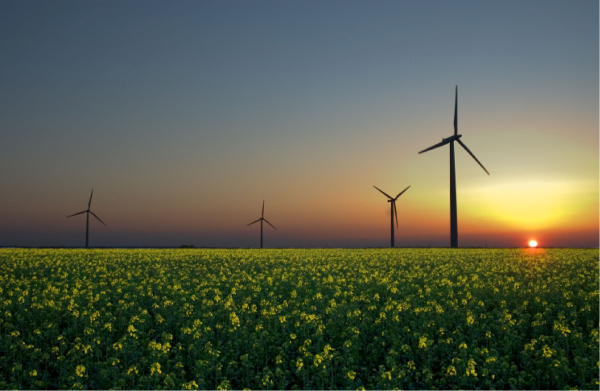 The Paris climate accord in December of 2015 saw 195 countries come together to agree to limit fossil fuel use and try to move toward a more environmentally friendly energy future.

The United States specifically has put certain energy restrictions in place. According to the Wall Street Journal, “Utilities are often willing to pay higher prices for wind and solar power because they need the electricity to comply with state rules. The Obama administration also introduced rules last year that require power plants to cut carbon dioxide emissions by 32% from 2005 levels by 2030.”

In addition to governmental restrictions on fossil fuels, renewable energy is getting cheaper, and people are turning toward it rapidly.

Bloomberg New Energy put out a report about renewable energy that said, “2015 produced a new record for global investment in renewable energy. The amount of money committed to renewables excluding large hydro-electric projects rose 5% to $285.9 billion, exceeding the previous record of $278.5 billion achieved in 2011... Even more striking was... the amount of generating capacity added in wind and solar photovoltaics.”

Renewables, specifically wind energy, are on the rise, and if you are an investor, you want to profit from this undeniable long-term trend.

Wind energy prices are dropping, while interest is rising. According to the Wall Street Journal, “U.S. wind-power generation has more than doubled over the past five years thanks to new wind farms, and accounted for about 200 million megawatt-hours of electricity in 2015, nearly 5% of the nation’s total power supply... Wind-power prices are down 57% from 2010 to an average of $29 a megawatt-hour.”

Wind power is easy to harness and is a completely free source of energy once turbines are in place. It’s surprising that it took this long for people to realize that wind power can be so easily harnessed, but now that people realize how affordable and energy efficient it is, you can be sure they aren’t going to forget it.

We don’t want you to forget about it, either. That’s why we’ve found three wind energy stocks that should make you solid gains as wind energy continues to climb.

With a market cap of $222.179 billion, GE is a solid stock for wind energy. GE is one of the leaders in wind turbine supplies, with over 30,000 around the world. It develops onshore and offshore turbines and support for the maintenance of the turbines. It created a separate segment for renewable energy in 2015, making $6.3 billion in sales and $400 million in profits from its renewable energy segment. GE regularly increases its dividend, and currently, has a dividend yield of 3.76%. GE bought Alstom SA’s energy division late last year, and this greatly improved its wind energy segment. Their latest quarterly report shows their renewable energy segment had $2.1 billion dollars in orders (up 2%) and revenue from equipment up 8%. GE was founded in 1892 and is headquartered in Fairfield, Connecticut.

Duke Energy is an energy company that provides electricity to the southeastern part of the United States, while also managing various power facilities. Utilities are always a safe investment for investors, and DUK specifically has made a habit of having a good relationship with its shareholders, with solid dividend yields through the years and a current dividend yield of 4.24%.

Duke has invested over $4 billion in its wind energy segment, and with a market cap of over $58 billion, it generates about 2,900 megawatts of wind power to over half a million residences. With 21 wind farms across the United States and multiple energy revenue streams, it's definitely a wind stock to watch. Duke was founded in 2005 and is headquartered in Charlotte, North Carolina.

NEP is a much smaller company than either GE or Duke Energy, with a market cap of $2,13 billion, but it belongs on this list for one simple reason: it is specifically focused on renewable energy. With a dividend yield of 3.71%, they've had solid growth over the past year, rising from December lows of $23.97, all the way to its current share price of $39.33. NextEra was founded in 2014 and is headquartered in Juno Beach, Florida.