Had you ever heard of Rex Tillerson before Trump named him Secretary of State?

Have you ever filled up your car with gas from Exxon?

Well then, in a way you have heard of Tillerson.

Rex Tillerson is the CEO of ExxonMobil Corporation (NYSE: XOM). He started out as an engineer for Exxon 1975, and in 2006 moved onto the position of CEO of the one of the biggest oil and gas companies in the world. Now he’s also one of the main leaders of the United States: the Secretary of State. That’s a big accomplishment. Of course his other big accomplishment is successfully leading one of the biggest companies in the world. 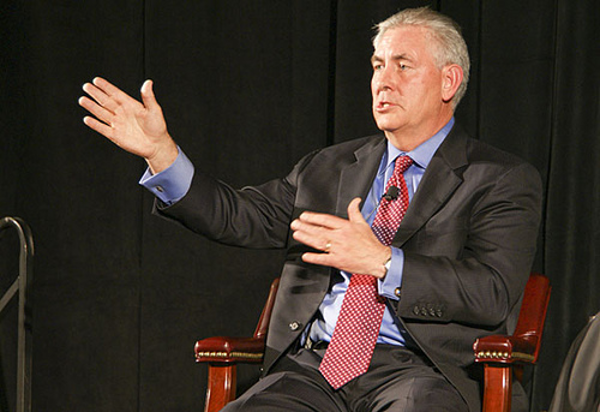 Exxon has mostly hit high notes, with stock nearly constantly rising. It currently has a monolithic market cap of $342.5 billion and a lot of that has to do with Tillerson’s guidance. Under his leadership, the company has consistently overperformed on its goals, kept dividends high, and generated a lot of free cash flow. Just by looking at the chart below you can see how its stock has risen over the past five years.

Oil slowly rose above $100 years ago as demand for it rose. But when Saudi Arabia, the second-largest oil-producing country in the world, decided it wanted to crush its competition, it flooded the market with oil, hoping American frackers would run out of money.

This is one of the reasons oil slid in the first place, and remains the culprit for keeping oil in the $40s for several months. During the worst of the rout, many companies went bankrupt, or shut down entirely.

The good news for oil companies today is that oil is rallying due to an agreement between Russia and OPEC (the Organization of Petroleum Exporting Countries) to cut overall output, as well as Saudi Arabia's recent assertion that it will be capping its exports at just 6.6 million barrels per day.

West Texas Intermediate is back up to $49.14 at the time of writing, and still climbing.

Saudi Arabia has lost its gambit. Many U.S. producers have been able to cut exploration and drilling costs and still make money.

Over the last year the U.S. oil patch has seen an increase in the amount of active oil rigs. The oil and gas companies aren't stupid; they don't put more drills out unless they think it's going to be worth their money.

President-elect Trump has also made it clear that his energy policies favor fossil fuel production, so you can be sure to see oil rise under his administration.

Exxon is one of the best managed companies in the world. Tillerson kept the company strong at a time when many oil and gas companies were floundering… and now that oil is on the rise, you need to cash in on Exxon’s success. 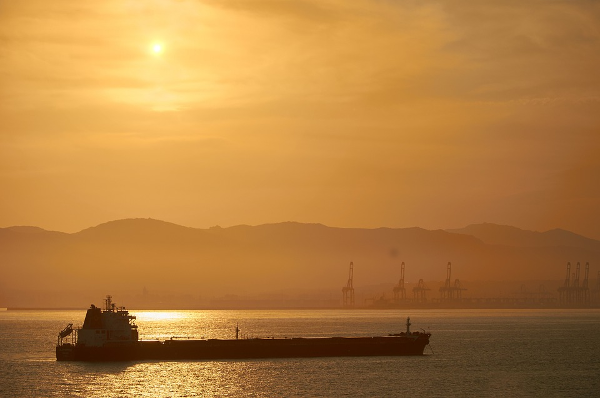 Exxon is one of the largest oil and gas companies in the world, with a market cap of over $340 billion. It increased its quarterly dividend payments in 2017 to $0.77 per share, up from $0.75 in 2016. The company has a history of increasing its dividends annually, and has operations in every part of oil and gas development, with over 35,000 gross operated wells.

In its most recent quarter, the company report showed solid earnings of $4.01 billion, and a solid performance in its chemical and downstream segments.

Exxon is an old company that will stay strong even through the ups and downs of oil and gas prices, which is why it's known as a reliable "widow and orphan" stock. It was founded in 1870 and is headquartered in Irving, Texas.

Chevron is another of the largest oil and gas companies in the world, with a market cap of $201 billion. One of the good things about Chevron is that it has one of the best histories for dividend payments, increasing them continually over the past 27 years, even through a number of boom and bust oil cycles.

Chevron’s diversity has helped it stay afloat through many years, and last year it had a dividend yield of about 4.07%. Chevron’s most recent earnings report showed a net income of $2.7 billion, a massive improvement over the same period in 2016 when the company reported a net loss of $725 million. The company also continued to lower capital spending and operating and administrative expenses by nearly $1 billion for the year. It was founded in 1879 and is headquartered in San Ramon, California.

COP explores for, produces, transports, and markets crude oil and natural gas worldwide. It managed to increase its dividend again in 2017 to $0.265 per share, even with a smaller market cap of $55.25 billion. Even when oil prices dropped along with COP’s value (causing the company to make cutbacks), it still made dividend payments its top priority. Its dividend yield was about 2.37% by mid-2017.

Its most recent earnings report showed it repaying back $3 billion in debt, while gaining 3% production growth year-over-year. COP is a solid pick as it obviously puts shareholders first. It was founded in 1917 and is headquartered in Houston, Texas.