It’s taken 16 years and billions of dollars, but Kashagan is finally ready…

What is Kashagan, you ask?

Well it’s just one of the biggest oil discoveries in the past 40 years...

Kashagan was discovered in Kazakhstan about 17 years ago. Kazakhstan is a huge oil producer, and because it doesn’t belong to OPEC, it doesn’t have to follow production cuts… a good thing, because Kashagan could pay off big…

According to Oil and Gas Journal, “Field production is expected to gradually increase to 180,000 b/d, with a target of 370,000 b/d to be reached by the end of 2017, partner Eni SPA said. Discovered in 2000, Kashagan’s estimated reserves total 35 billion bbl of oil in place.” Kashagan has huge amounts of oil in store, and according to Financial Times, “Opec, the 14-member cartel that controls more than a third of all crude production, on Monday said Kashagan’s ramp up is one reason it now thinks supplies outside the group will actually grow next year, despite two years of low prices.” 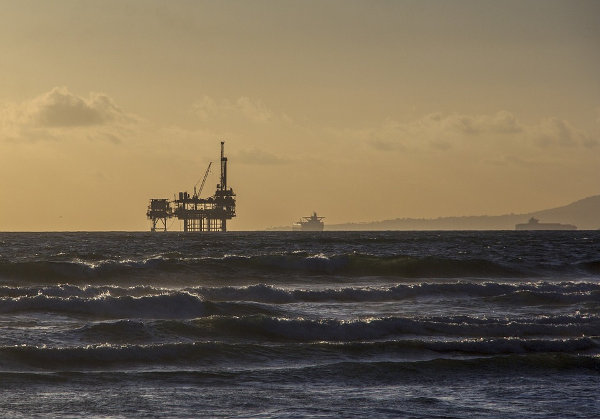 Prices of oil shot up to $115 a barrel in 2014 and then dropped down to $27 in February of this year... That's right, you could get a barrel of oil for the cost of a pair of cheap shoes. Car owners rejoiced, but oil investors wept: we had an oil glut.

In the past the United States had to rely on the countries that had easy access to oil, specifically the countries in OPEC. That reliance has changed in the past 10 years, thanks to fracking.

Fracking is a process that involved drilling into the earth and then injecting high-pressure water mixture down into the crevices of shale rock, or “fracturing” the rock, to release the natural gas and oil inside. This means we no longer have to rely on dubious foreign powers for our energy needs.

Saudi Arabia and non-OPEC member Russia, are some of the biggest oil producers in the world, and have been slashing production to try to boost the price of oil.

Oil production has slowed around the world, and oil prices are currently sitting at $48.70, close to breaking above $50 a barrel.

Meanwhile back in Kazakhstan, the Kashagan field is ramping up production. Some producers even think that within a few years Kashagan could be producing over a million barrels of oil a day... By the end of 2017, they will be increasing production by 370,000 and could hit 1.8 MMbbl/d fairly easily. The field is being operated by some of the biggest oil names in the world, including Exxon, Shell, Total, and Inpex. Forbes considers them some of the biggest oil companies in the world, and Exxon itself has a huge market cap of $339.74 billion… They’ve got money to spare, and their investment in Kashagan is hopefully an indicator of its future success.

Kashagan just started putting out oil in October of 2016, so we’ll have to wait and see how it turns out, but the good news is that there are oil and gas companies that you can invest in today without missing a beat.

Exxon is one of the largest oil and gas companies in the world, with a market cap of over $339 billion. It increased its dividend payments in 2017 from 3.4% to 3.8%. The company has a history of increasing its dividends annually, and has operations in every part of oil and gas development, with over 35,000 gross operated wells. Its most recent quarterly report shows earnings of $4 billion, up $2.2 billion from the previous year. Exxon is a company that will stay strong even through the ups and downs of oil and gas prices which is why it's such a reliable stock. It was founded in 1870 and is headquartered in Irving, Texas.

Royal Dutch Shell plc is another star in the oil fields. The company explores for crude oil, natural gas, and natural gas liquids, turning those resources into gasoline, diesel, heating oil, aviation fuel, marine fuel, and much more. With oil prices on the rise, now is a great time to get stock in this company as it has invested in Kashagan and has a big market cap of $238.48 billion. Its most recent quarterly report shows a cash flow of $11.3 billion and a solid quarter. Royal Dutch has interests in 22 refineries, 100 distribution terminals, and 770 supply points. It is headquartered in The Hague, Netherlands.

Total is an oil and gas company with a market cap of $117.71 billion with stock that has been on the rise for the past year. Some of this probably has to do with the fact that Total, while focused on oil and gas, is not exclusive to these ventures. According to The Guardian, “Total made its first real drive into renewable energy five years ago, with its $1.4bn acquisition of SunPower, one of the largest solar panel makers in the US. Total has also since set up a division, called New Energies, for these low-carbon technologies.”

Total has a 16.81% interest in Kashagan, and its most recent quarterly reports shows their adjusted net income up 14%, with operating cash flow of $5.3 billion, a 33% jump. Total was founded in 1924 and is headquartered in Courbevoie, France.