Every election brings risk to investors. What will the new President approve of, or regulate, or ban altogether? Where will the markets go?

Whatever decisions are made now we will be living with for at least the next four years, and probably longer.

The energy markets especially are shaking in their boots this year. It's a rough time for almost every sector of the industry, and the eccentricity of the candidates isn't putting anyone at ease. 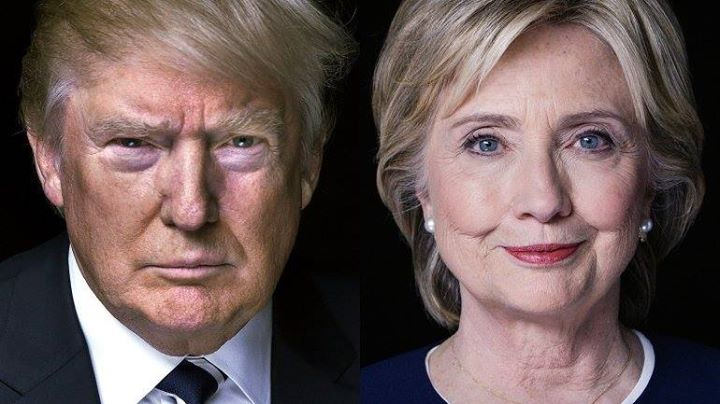 But there is one industry we can safely say won't be losing ground, no matter who wins in November...

It's been lauded as the savior of U.S. energy independence, and vilified as the cause of a whole new set of health risks. It's featured in several Presidential platforms, and made headlines across the country.

The bottom line is that it's become necessary. We're too far into the shale revolution to pull back now, and both of our candidates know it.

The election won't end in fracking being banned. It just wouldn't make sense!

But that doesn't mean our next President won't have some interesting — and possibly lucrative — effects on one of the biggest parts of today's energy markets.

Before we get into how the fracking industry could change, let's start with how it looks right now.

For those who don't know, fracking (short for hydraulic fracturing) is a technique used by shale oil and gas drillers. It's not a new method, though it's only become widely popularized within the last decade or so.

The process itself is simple: when a well is drilled, frac fluid (a mixture of sand, water, and chemicals) is injected into the opening to fracture the brittle shale rocks below.

This releases more of the oil or gas than would have been readily available without this treatment. The newly made fissures allow the oil and gas resources to flow more freely into the well, which can then be extracted through the well bore. 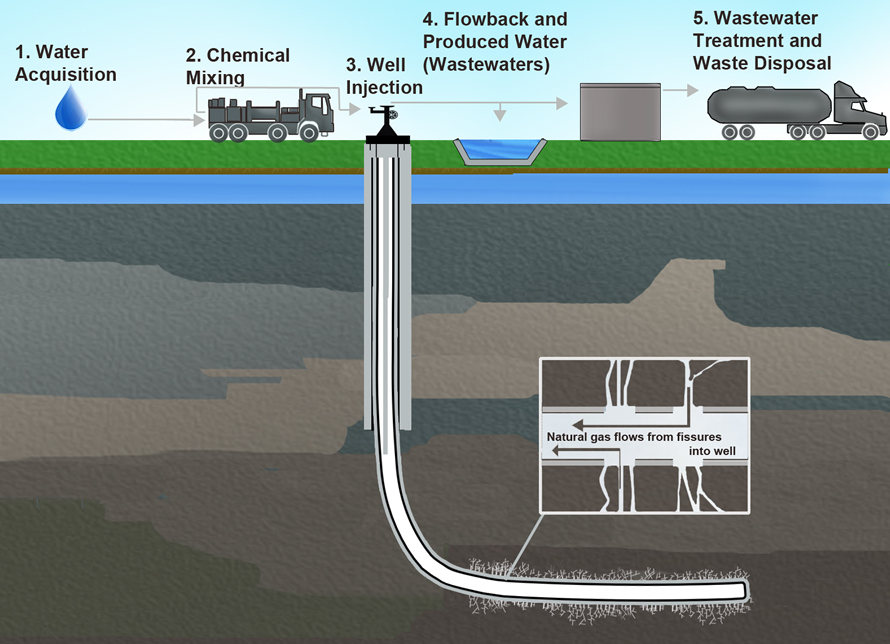 Older shale wells that had been drilled and depleted can sometimes be re-completed with a fracking treatment to extend the production capacity.

This is, of course, a fantastic thing for oil and gas companies. Higher production comes with a lower cost: it's much more expensive to drill a whole new well than it is to frac or re-complete one.

In 1949, another company came along and began using its patented HydraFrac Process. You might have heard of the company before... It goes by the name of Halliburton.

It wasn't until 2008 that the fracking trend really took off, and we saw the first hints of the shale boom that put the U.S. on the global oil trading map.

The first ever export of U.S. crude oil shipped in January, 2016.

Fracking was already well into the fight for its life by then.

At first, the objections to the method were obvious ones. Companies were accused of leeching chemicals into drinking water through the use of frac fluid.

This claim is wrong in two big ways:

There have been a few cases of wells being drilled too shallow, but it's rare.

People in states like Oklahoma and Pennsylvania also claim that fracking increases the risk and occurrence of earthquakes in the area.

This one is true. But only because that fracking tends to happen near fault lines, another geological anomaly that most oil and gas companies make sure to steer clear of.

Then, of course, there's the claim that fracking encourages the world to stay reliant on fossil fuels instead of moving on to renewables.

That will be a valid argument when those renewables can reach the energy production capacity of natural gas and oil. Even electric vehicles aren't expected to take oil out of the transportation game for the foreseeable future.

Now, consider the other side of the coin: what if the opponents won and fracking was banned?

Oh. We would be in big trouble.

The U.S. would lose its biggest source of domestic oil and gas, both of which are necessary to keep everything running. To make up for it, the country would have to become an even bigger importer than it was before the shale boom.

The U.S. has some pretty massive debt already. A sudden need to pay for other countries' fuels would only dig that hole deeper.

Those in touch with the media news will also be aware that the drop in oil prices was caused by the Organization of Petroleum Exporting Countries (OPEC) refusing to cut its own production when shale drillers entered the scene. Banning fracking would just put the U.S. back in the hands of OPEC, and especially its unofficial but undisputed leader Saudi Arabia.

I won't go into the economic and political issues that would cause here. Just know things would change, and not for the better.

Trump: Bring on the Fossil Fuels

It's not even a question: Trump is for fossil fuels. To a fault, in fact, given that he's promised to “save the coal industry,” a much less lucrative market than either oil or gas.

But coal aside, it's clear that Trump would not want to ban, or even restrict, a reliable fossil fuel production method like fracking. In fact, his election would likely do a lot of good for the market.

For instance, Trump is far more likely to approve large-scale projects like the Northern Access and Keystone XL pipelines. His only stipulation to such approval is that he would want the U.S. as a whole to get “a piece of the profits.”

Given that fracking and increasing oil trade is already releasing the country from its dependence on volatile foreign energy sources, that's quite a bit of profit already made!

The Republican platform on energy called for deregulation and the “opening of public lands and the outer continental shelf to exploration and responsible production, even if these resources will not be immediately developed.”

From there, the Trump administration would leave any regulating to the states themselves. This could be dangerous for fracking in some areas, but not in the economies currently making bank on oil and gas.

Overall, Trump is more likely to be an asset to fracking's continued development than a threat.

Clinton's stance is a little more specific. She's opposed to coal in general, and supports moving toward a carbon-free future.

However, she has said that the best way to do this is to use natural gas in the interim.

With that in mind, Clinton isn't likely to ban fracking altogether. Her only stipulation is that she wants it to be as safe as possible.

That means introducing new regulations on natural gas flaring and emissions released during drilling, production, and transportation. And while that's not ideal, it's also nothing near a death sentence.

Keep in mind that Obama hasn't been the biggest supporter of oil and gas either, but the shale boom still happened under his watch.

These regulations are things shale drillers have been preparing for since before the COP21 meeting in Paris solidified the world's greenhouse gas reduction plan. The U.S. Clean Power Plan is another layer that the oil and gas sector has been facing for years.

While Clinton's position on projects like the Keystone are a little uncertain, she's not likely to be an opponent of the fracking industry as a whole.

The Results Are In

Investors shouldn't worry about the effects this year's election will have on fracking. In fact, either way we're ending up with some level of support!

All that's left to do now is find the right places to invest for when the inevitable recovery comes knocking.

The best play to start with may be the one that started it all: Halliburton (NYSE: HAL).

While the stock itself took a plunge with oil and gas prices, its business is sound. A majority of the analysts covering the stock have it pegged as a “Buy” or “Outperform.”

This is because it's recovered especially well in 2016, despite the back-and-forth in the markets.

Halliburton is a good long-term play for those looking to get in on the recovery of oil and gas. In addition to a widely-known and well-established business, the company has a history of consistent and increasing dividends too!

Don't let the election hype bog you down with meaningless details. Bottom line: we need fracking to continue developing the energy markets, and both candidates know it. The valuable shale technique isn't going anywhere any time soon.