Special Report: Spatial Computing: The Most Important Technology Breakthrough Of The 21st Century

Spatial computing is the next really big thing in technology. And because of that, it will also offer the next huge money-making opportunity... in both well-established firms and many smaller ones, including startups.

So just what is this breakthrough technology? It’s not that easy to define because it’s actually a number of technologies, not just one or two. These include:

I’m sure you have heard of all or at least some of these trends. They’ve all come of age quite recently and at about the same time, which is what’s letting spatial computing take off now.

In very simple terms, spatial computing lets you (or some object) interact with the rest of the world, basically from anywhere to anywhere, via one or more of these technologies.

In a blog on spatial computing company PTC’s website, Valentin Huen says spatial computing provides “the ability to associate a location in space, from an autonomous vehicle on the road to a robot in a factory” by utilizing mixed reality, AI, or these other technologies.

In other words, spatial computing expands the concept of “traditional computing” by adding an object’s location in space in relation to other objects or locations.

Huen also offers this example in his blog post: A self-driving vehicle uses GPS, LiDAR (a way to measure distances using light), camera sensors, and other technologies to determine its exact location and measure how close it is to other objects in the environment (like pedestrians or other cars) in which it’s operating.

This simple graphic from his post may make it easier to understand:

The upshot of spatial computing is that our digital and physical worlds can come together in a way that was never possible. This means we’ll be able to integrate the world around us much more with us so that a single look, gesture, or voice command can bring up all the data we need about a particular subject.

To make it a little more concrete, here are a few examples of how millions of us are already using spatial computing:

And here are a few other examples of more advanced applications:

Check out this short video from Magic Leap, a mixed-reality creator mixing human and digital reality, to see how you can apply this technology to three different real-life situations.

Let’s face it: Investing in cutting-edge technology has been the proven way to get rich over the past 40 years.

Buying stock in small spatial computing companies now provides potentially as big an opportunity as buying stock in Apple and other tech giants in their early days.

Two Silicon Valley insiders recently said just that in terms of where the technology is now. “It is as if we are back in 1976 and Wozniak and Jobs just showed us the prototypes of the Apple II,” said Irena Cronin and Robert Scoble in The Infinite Retina (2020), which tells how spatial computing, augmented reality, and a “collision of new technologies” are “bringing about the next tech revolution.”

And current Apple CEO Tim Cook called spatial computing “one of those huge things we’ll look back at and marvel at the start of it.”

Investment opportunities in spatial computing are also similar to those in Apple in its early years — in other words, enormous. Here’s the bottom line: Those who get in on this tech revolution while it’s still on the ground floor could set themselves up for gains of close to 10,000% in the long run.

The global spatial computing market was valued at $159.75 million in 2019. It is expected to nearly triple to $477.02 million by 2025 — a combined annual growth rate of 20% over that period according to WiseGuy Reports, which produces market analyses on a wide range of industries.

North America currently has the major share of this market because of its numerous organizations that use spatial computing. The U.S. Army, for example, uses it to help train its soldiers. Add the presence of many start-ups in the field and this “creates a huge opportunity for the market to grow,” WiseGuy said in a press release.

In addition, research and development efforts that seek to improve spatial computing’s quality, performance, and effectiveness are expected to propel market demand in the coming years, WiseGuy added. This will in turn boost competition among key players, including EON Reality, Carl Zeiss AG, Archos, and Sony Corporation.

Now is the time to get in on the spatial computing boom — before it becomes the $350 billion+ juggernaut it’s projected to explode into in just a few years. And this revolution is so huge, you could quickly earn at least 10 times your investment by putting money into just a few selected stocks we reveal in the bonus report.

This is expected to happen more quickly than it would if not for COVID-19. Because the pandemic has shifted so much of our lives online, it’s accelerating how fast ordinary Americans are adopting spatial computing technology. This has produced years’ worth of stock gains in only a few months.

For example, retailers such as Wayfair, which lets customers virtually try out furniture in their homes before buying it, have greatly benefited from COVID-19 diminishing in-person shopping for months. Wall Street has called Wayfair the “Amazon of furniture.” Its stock shot up from only $20 per share in March to $280 on October 21, a 1,400% gain.

Industrial giants are also acting swiftly to adopt this revolutionary technology. IBM became involved in a unique spatial computing venture a few years ago with E. & J. Gallo Winery, the world’s largest family-owned winery. In an effort to conserve water while boosting Gallo’s crop yield and uniformity, the two companies developed a precision irrigation system that included a cloud-based communication network, hundreds of sensors and actuators, and satellite imagery developed by NASA to measure the crops’ uniformity and health.

A two-season trial of this system on a 10-acre test ranch delivered a 26% increase in crop yield, a 50% boost in crop uniformity, and a doubling of a key crop quality index... all while using up to 22% less water for each pound of grapes produced. 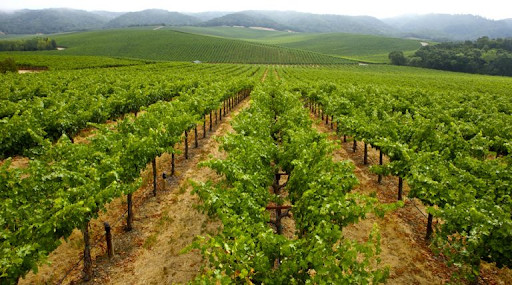 And to give you an idea of how well you may be able to do by investing now in spatial computing here’s one example of a smaller company with a low entry point that generated great gains for early investors.

Cadence develops digital twins for the automotive and aerospace industries. By buying shares at only $7.50 each in 2010, Early investors in the company were able to score a whopping 1,230% gain in just 10 years: 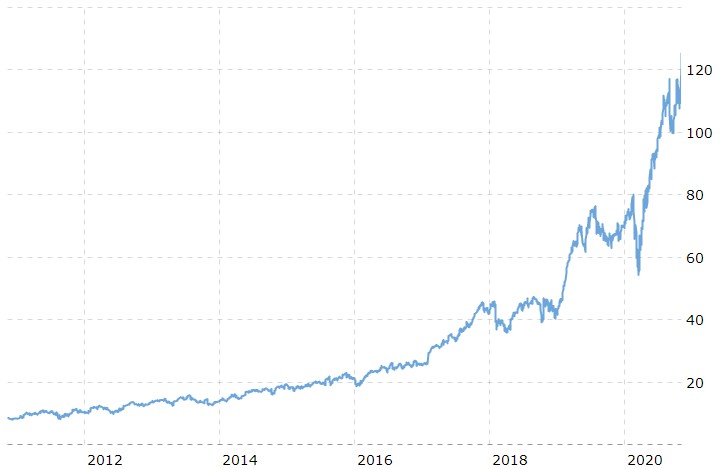 This Particular Train May Have Left, But...

This particular train may already have left the station as a great early investment opportunity, but there are plenty more on the way. However, you’ll have to act quickly before they leave as well. As we said earlier on, if you’re at all interested in technology investing — especially virtual reality investing, augmented reality investing, and cloud computing investing — you ignore spatial computing at your own peril.

Here at Energy and Capital, we believe in getting ahead of world-shaping technological trends like these — and that’s why Bull and Bust Report subscribers have already been profiting from a series of stocks central to this computing revolution.

Spatial computing has the power to reshape the digital world forever — and Bull and Bust Report subscribers are already making money from it. Click here to learn more.