Before the pandemic, I’d bet that 90% of the public had never even heard of the semiconductor market. I’m sure even less would claim to know all the ins and outs of the $500 billion industry.

Now, we’ve all just spent two long years watching the chip shortage drain trillions of dollars from the global economy. Anyone still out of the loop has to at least be familiar with a few of the symptoms.

If you've struggled to buy pretty much anything electronic during the last two years, you could very well be an undiagnosed victim of the semiconductor shortage. Even some of the simplest devices depend on these tiny, complex wafers.

And when the supply gets squeezed, analysts fear the situation could turn dire. One predicted the situation would devolve into a “knife fight” between companies whose entire businesses depend on these precious chips.

He was joking, obviously...

But was he really? Given the amount of money riding on these chips, nothing would surprise me. Shady businesses have done much worse in the past.

Thankfully, after two grueling years of uncertainty, it looks like everyone can put away their knives. Semiconductor supply is recovering and staring down a huge backlog of demand.

Based on our research, there is still a chance to profit from the current upswing. Here’s what we know so far…

The Automakers Got Absolutely Hammered

The auto industry has been buckling under the worst of the pressure. Our beloved computers-on-wheels rely on hundreds of sensors and sophisticated electronic parts, each with their own computer chips.

And those fancy upgrades couldn't have come at a worse time. Since each vehicle can require hundreds or thousands of chips, auto sales have almost reached a standstill. 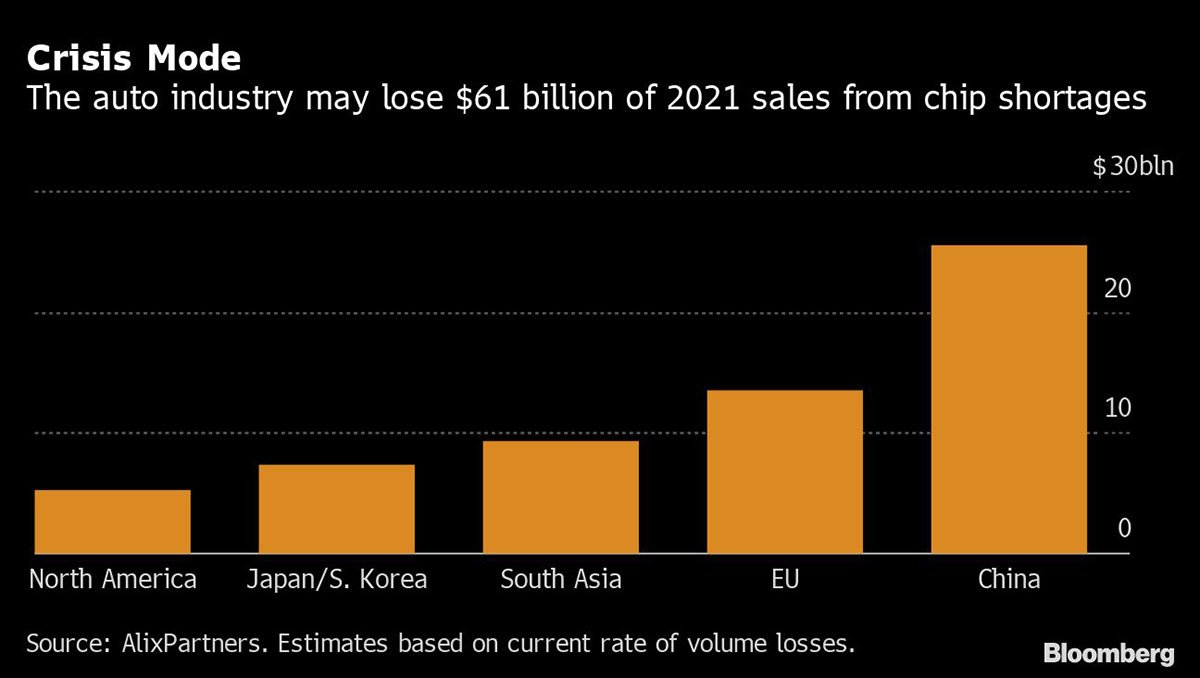 Ford, GM, and Toyota have all shut down a sizable portion of their operations. Thousands upon thousands of cars are sitting half-assembled in factories, waiting to be given a brain.

Overall, losses have been brutal. Estimates say the auto industry took a $60 billion bath in 2021 alone, and we likely won't see the full scope of the damages for years to come.

Production numbers were some of the lowest in years — 672,000 fewer finished vehicles made it off the line in Q1 2021 versus the previous quarter. With the largest vehicle market, China took the largest hit.

Recovery in the auto industry will be the biggest indicator that semiconductor production is back on its feet. As we get close to the end of 2021, the numbers are promising.

Total car sales from the first quarter of 2021 are up a modest-yet-respectable 8% from the same time last year. That’s only 4.9% lower than the glorious pre-COVID times of Q1 2019. 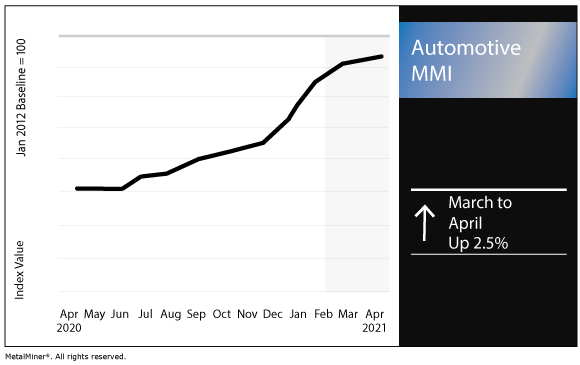 We aren't quite out of the woods yet, but signs of recovery are finally on the horizon.

The Chipmaking Industry Is Going to Be Unrecognizable After This

Chipmaking foundries around the world are practically vibrating with energy right now. According to market studies, nearly every plant on Earth is operating at or close to 100% capacity.

Meanwhile, the world breathes a collective sigh of relief.

The losses to the auto industry are easily quantifiable in terms of sales, but the total damages from the chip shortage are incalculable. Just about every industry on the planet took a hit somewhere down the line, either directly or as a result of a supplier.

Mercifully, the folks over at the prestigious International Data Corporation (IDC) are reporting that the world's chipmaking capacity could catch up to the skyrocketing demand by the end of next year.

Fueled by the cascade of demand, the semiconductor market actually grew by over 17% this year. Growth during 2020 was less than 11%, a testament to how resilient this market can be.

The shutdown made it perfectly clear how important semiconductor supply is. Biden immediately got the ball rolling with the CHIPS for America Act, a massive $50 billion package that will help build up the United States’ own modest chipmaking industry.

The European Union is currently eyeing up similar legislation. Leaders across the pond are also becoming wary of their dependence on Asian-made semiconductors. Political motivations aside, putting so many eggs in one basket leaves the entire supply chain vulnerable.

At a moment’s notice, billions of dollars were suddenly poured into upgrading the world’s foundries. Now that all the biggest players have finished licking their wounds, they are being confronted with a totally new semiconductor economy. 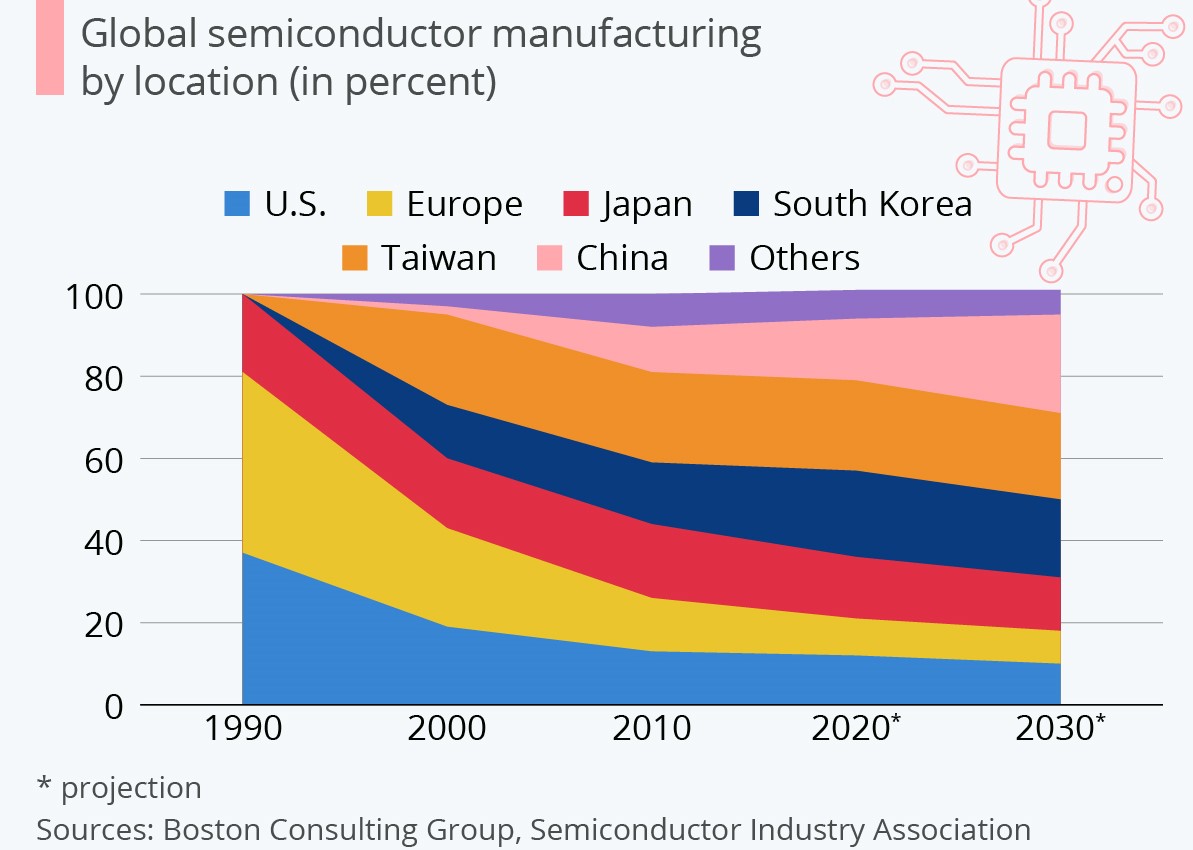 For example, Arizona is about to become one of the biggest chipmaking hubs in the U.S. A few of the proposed sites will be outfitted to produce next-gen 5-nanometer chip technology, the newest standard in semiconductor technology. Now that countries all over the world are hopping into the industry, bigger exporters like Hong Kong and Taiwan are being forced to either adapt or get left behind.

There's one saying I’ve heard repeated like gospel around the office this past year: A crisis for one investor is an opportunity for another.

I think you'll agree that nothing has been truer lately.

Since one crisis per week is now the norm, we’re going to keep taking them as opportunities. It's much more profitable this way.