Special Report: Profit From the Next Great Space Race 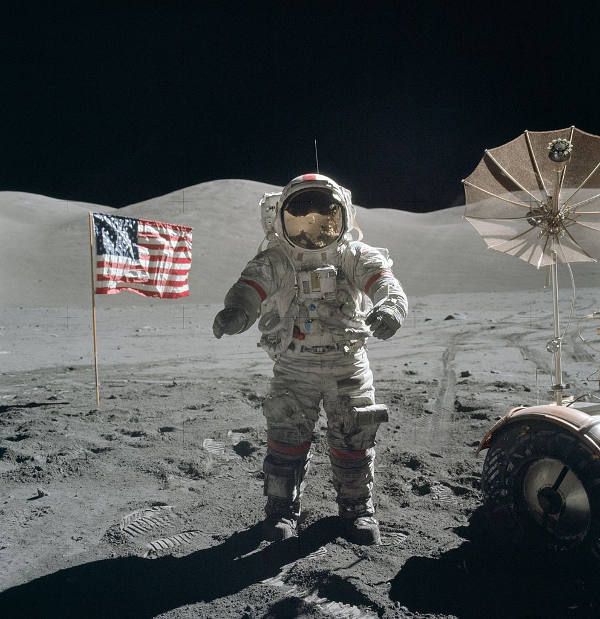 For a world that had developed planes less than 70 years before, it seemed an almost impossible accomplishment.

The U.S. and the U.S.S.R. had competed for space supremacy for nearly 15 years when the U.S. finally landed a spaceship on the moon.

The race was considered vital for each government, necessary for security and international supremacy after nuclear arms developed during World War II.

That’s a lot of money.

But there was no way to get a piece of it. The space program was government run and paid for by government funds. So, even though it would have been a hot place to invest in, there was nowhere to go…

Of course, that’s when space travel was entirely in the hands of governments.

That’s not the case anymore.

In 2004, the first privatized shuttle was flown into space.

NASA didn't build the Saturn-V rocket, Boeing did. Likewise, private companies have been building, launching and operating satellites for decades, as well as supplying NASA, the European Space Agency and other government/military space programs with vehicles, components and so on.

And it’s no longer governments that are competing but instead private companies.

There’s probably one company in this space race that you’ve already heard of...

Musk put $100 million into founding SpaceX, and its main objective is to create a reusable rocket. The plan is to have a rocket that could be launched into space, return to Earth, and then be ready to be launched again. This is quite a lofty goal since most rockets are single-use and float away or burn up in space.

The company currently has a contract with NASA that offers $1.6 billion for every 12 safe delivery missions to the International Space Station (ISS).

In May of 2017, SpaceX started to work with the U.S. Department of Defense (DOD) to work toward launching a satellite. And in August, the company is going to carry a classified platform into space for the Pentagon.

Musk wants to colonize Mars and eventually live there, as well. SpaceX’s plans are to send a rocket to Mars by 2020 and have humans there by 2025.

But then again, so did the moon landing...

Elon Musk isn’t the only billionaire who's interested in space travel.

Here’s a reminder: He’s the CEO of Amazon. You know Amazon — one of the most valuable companies in the world that also has a finger in every pie?

Jeff Bezos is worth about $83.3 billion and helps fund his aerospace company, Blue Origin, by selling about $1 billion worth of Amazon stock each year.

Blue Origin has goals that are similar to SpaceX's and is working toward building reusable rockets, as well.

Instead of taking a trip to Fiji, why not go to space instead?

Of course, these space flights will set you back more than a plane ticket, with some estimates saying that it could cost as much as $250,000 for a 10-minute space flight.

But Blue Origin plans to be offering flights by 2018. 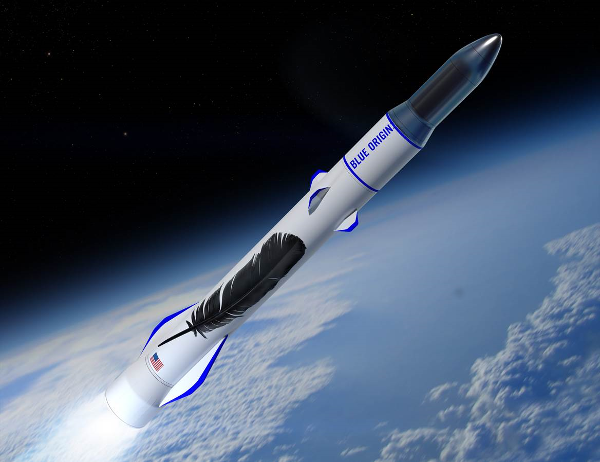 And 76% of that was from commercial activities.

This isn’t a small industry.

This is a hundred-billion-dollar industry.

And you can be a part of it.

While companies like SpaceX and Blue Origin are private and not available to buy into, there are public companies that also have stakes in the space game.

The following are the two that we like the best… 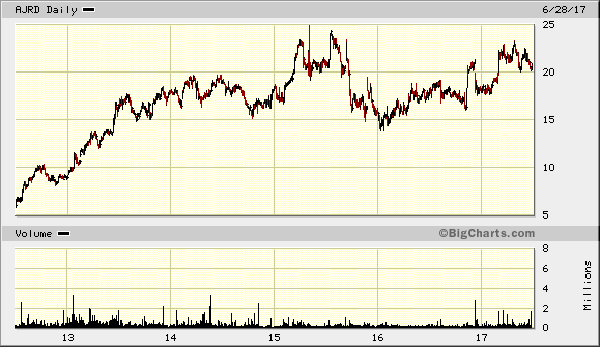 It also provided the rocket motors for the Curiosity rover that landed on Mars.

Aerojet has a market cap of $1.53 billion, and its first-quarter report shows that its net sales are up by more than $48 million from the previous year.

Its shares have been on a steady upward climb over the past five years. 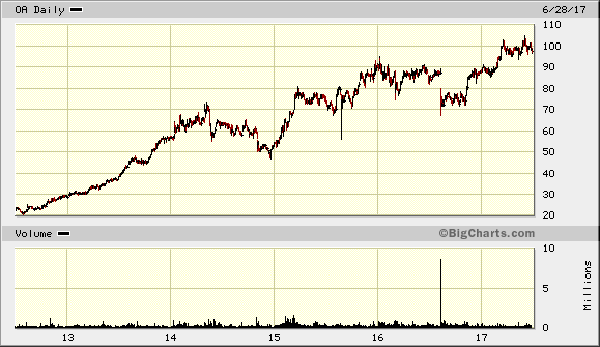 Orbital ATK develops and produces space products for the U.S. and international markets.

The company's Flight Systems Group develops launch vehicles that are used to put satellites into space.

It also develops rocket propulsion systems and satellites used for research and communication.

Its five-year chart shows a steady climb and near continuous growth.