The Organization of the Petroleum Exporting Countries — or OPEC — has been the single-most influential player in the oil game since it was founded in 1960.

It’s a group of 14 nations that banded together to coordinate oil prices.

Their official goal is, “to coordinate and unify the petroleum policies of its Member Countries and ensure the stabilization of oil markets in order to secure an efficient, economic and regular supply of petroleum to consumers, a steady income to producers and a fair return on capital for those investing in the petroleum industry.”

In short, their aim is to dominate the global oil industry, and rake-in profits hand-over-fist as they attempt to control crude oil prices — down to the penny!

The nations in OPEC control 81.5% of the world's proven oil reserves, and nearly one-third of global production.

This is why OPEC has been one of the biggest controllers of the price of oil. 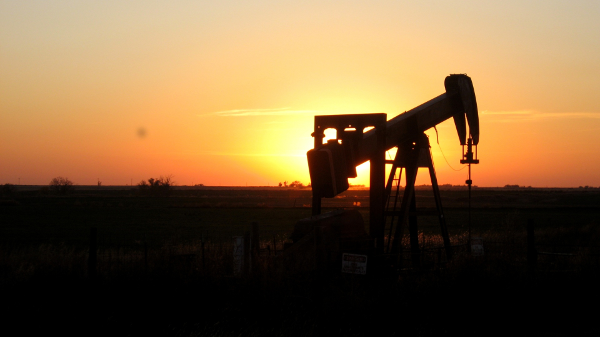 Back in the summer of 2014, the Saudis ignited a vicious oil price war that led to a price crash over the next two years.

The problem, as you can probably guess, is that the Saudis effectively shot themselves in the foot by driving oil prices lower. Revenues for all OPEC members plummeted as a result, throwing several of them (including Venezuela) into chaos.

Today, the organization has committed itself to bolstering crude prices.

But in order to do this, the group first had to agree on a strict output quota. In theory, these countries would be able to lower global oil production, at least for a spell, until the supply/demand imbalance works itself out and we return to a normal market.

Sounds simple, right? All these countries have to do is just come to an agreement on how much oil to extract from their fields, then stick to the plan.

Sadly, things haven’t been so easy…

As you know, oil prices languished during the first half of 2017.

And even though OPEC and Russia tried to stick to the original deal, the strains are finally starting to show. (I want to note that without strict adherence to the output cut agreement, traders will never turn bullish.)

You see, the one certainty when it comes to OPEC is that the true motto for the oil cartel is: every man for himself.

Venezuela’s extreme reliance on higher oil prices for government spending has driven the country to the brink of collapse. As I write this now, the Maduro government is struggling to stay in power, and it wouldn’t surprise me in the least if a coup were to take place any day now.

Ecuador, on the other hand, came out in mid-July and flatly said they cannot comply with the deal. According to Ecuador’s energy minister Carlos Perez, the country simply cannot afford to cut back any longer.

Later this year, OPEC will meet to discuss another extension for the output cut deal, or perhaps deeper cuts.

Meanwhile, it seems that OPEC ran into two big problems in 2016, problems so huge they might be the death knell for OPEC itself!

Saudi Arabia has long been one of the major players in the oil game. It has the second largest proven oil reserves in the world, estimated at 266 billion barrels. Its reserves are about 21.9% of the world's total oil reserves. This has made it the most influential country in OPEC.

Its vast stores of oil have always made Saudi Arabia extremely important when it comes to oil investing. For years it was the swing producer; meaning it's been able to directly control the price of oil by increasing or decreasing the amount of oil production to help change prices.

The main problem with Saudi Arabia's reliance on oil is that it's absolutely dependent on it... and unfortunately, oil wells eventually go dry.

Without them, its current economic system would implode.

The House of Saud already sees the writing on the wall, and has put plans into place to stop Saudi Arabia's reliance on oil.

It’s not working, and Saudi Arabia’s domestic consumption has been surging higher for years.

While Saudi Arabia eventually came to that output agreement I just mentioned with OPEC during the fall of 2016, it’s evident that they're no longer only loyal to OPEC.

However, they have a much bigger issue to deal with than minor OPEC producers rebelling…

The Rise of Shale: 3 Hot Oil Stocks for Every Investor

Thanks to the combination of horizontal drilling techniques and hydraulic fracturing, the United States underwent an oil renaissance in 2008.

I’m talking about a bona fide oil boom that has lifted U.S. crude oil output to near record highs. In fact, the EIA believes our domestic production could surpass 10 million barrels per day in early 2018.

But as you and I both know all too well, not all shale plays were created equal.

Some regions like the Permian Basin in West Texas have emerged as world-class oil plays.

Today, roughly 2.5 million barrels of crude oil are extracted every day from the Permian Basin. It’s home to some of the lowest-cost oil in the United States (if not THE lowest-cost). That’s why drillers in the Permian Basin hold so much value for individual investors like us.

Some analysts are suggesting that the United States could top Saudi Arabia as the world’s largest oil producer, and become a swing producer for global supply... the swing producer, able to set oil prices exactly where we want them to be.

Soon, we’ll know how tight things are for the Saudis. If OPEC makes further output cuts, we’ll know countries like Saudi Arabia are backed against a wall and desperate for higher oil prices. Remember, all of those lavish social programs keeping the Saudi population complacent is funded through oil revenue.

Cutting those programs would inevitably lead to a new Arab Spring in the country… and the downfall of the House of Saud.

That’s why we’re targeting some of the best oil companies in the industry right now.

Below, you’ll find 3 oil stocks that every investor should have in their portfolio.

Pioneer Natural Resources is an independent energy company with a strong foothold in the Permian Basin. The company is focused on the exploration, development, and production of oil and natural gas resources in West Texas.

As of this writing (July, 2017), the company commands a market capitalization of more than $30 billion, and is expected to spend $2.8 billion this year ($2.4 billion of which is directly going into its Permian Basin operations) drilling and completing wells. Management believes that it can increase production 15%+ CAGR through 2026.

If successful, Pioneer will be producing more than one million barrels per day in 2026 — by itself!

Holding a market cap of $198 billion, Chevron is one of the largest oil and gas companies behind Exxon.

And one of the positive things about this major oil and gas company is that it has one of the best examples of a strong dividend investment. Chevron has paid out its dividend for the past 29 years.

This dividend, mind you, has also grown steadily, even through the boom and bust oil cycles of the oil and gas industry.

Chevron’s diversity has helped it stay afloat through many years, and last year they had a dividend yield of about 4.17% (as of 07/20/17).

Headquartered in San Ramon, California, Chevron controls 2 million net acres in the Permian Basin, with 85% of those acres having low royalties — or none at all!

This is quality Permian acreage, too, with operations in some of the best areas for oil production, including Midland and Upton counties.

Between now and the end of 2018, Chevron plans to stay very aggressive in developing their Permian Basin positions by ramping up to 20 rigs in the play. By 2020, the company’s Permian operations are expected to be cash flow positive. Moreover, management is confident that its Permian wells could pump out more than 700,000 barrels of oil equivalent per day within the next ten years.

Occidental Petroleum is one of the largest crude oil producers in the United States today.

The company operates in three segments: oil and gas, chemical, and midstream and marketing.

As you can probably guess, the oil and gas segment involves the exploration, development, production of oil and natural gas. The chemical segment manufactures and markets basic chemicals: including chlorine, casutic soda, and chlorinated organics are just to name a few. The company’s midstream and marketing segment involves the gathering, processing, transportation, storage, purchase of, and marketing of oil, condensate, NGLs, carbon dioxide, and power.

Not only is the company currently offering investors a 5.11% (as of 07/20/17) annual yield through its dividend payments, but Oxy even increased its dividend to $0.77 per share during July, 2017.

Naturally, the Permian Basin is one of the leading catalysts for increasing our shareholder value. Occidental controls an enormous position of 2.5 million acres.

But this isn’t the typical shale driller…

You see, the company’s acreage in West Texas is split between unconventional areas and areas targeting enhanced oil recovery. In its unconventional operations, the company has identified approximately 11,650 drilling locations in the Permian Basin, and now has an well inventory that’ll last Oxy 14 years!

More importantly, this drilling inventory (using a 10-rig program) has a break-even price of $50 per barrel — one of the lowest throughout the entire U.S.!

The company’s enhanced oil recovery operations in the Permian Basin include 100 active CO2 and water floods covering several pay zones. And I want to be clear about the potential here: Occidental has reported that its net resource potential from its EOR operations totals more than 2 billion barrels of oil equivalent!