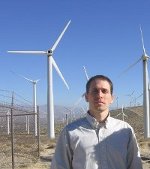 We ate some homemade Cha gio (Vietnamese fried spring rolls), drank a lot of wine, and generally enjoyed each others' company as we closed out 2011, a year that was filled with a lot of good times and some pretty bad ones, as well.

We welcomed new additions to our family and said goodbye to a few, too. My grandmother will be particularly missed...

We watched in amazement as the Arab Spring shook the world.

We watched in horror as a tsunami devastated Japan and ignited one of the worst nuclear meltdowns in history.

We watched in disappointment as politicians spent the entire year slinging mud and playing chicken instead of actually rolling up their sleeves and doing the work that will be required to fix this deteriorating democracy.

And we cheered the death of three brutal dictators.

It was a busy year, and I don't think anyone will look back at 2011 as an uneventful 365 days — especially not investors.

Never in my career have I seen so many ups and downs in one year.

And in the energy sector, we were all over the place.

Natural gas became the new king in 2011, while former King Coal got his walking papers. But he landed a better-paying job in Asia anyway. Solar stocks got crushed, yet the industry is now probably stronger than it's ever been. Certainly we're seeing some good indicators in the first week of 2012.

Still, there's no doubt that 2011 will go down as one of the worst years for solar investors. Solar stocks were hammered across the board. And this was essentially the result of the maturation of the market.

Yes, gone are the days when you can buy a cheap stock with the word “solar” in it, then sit back and watch it soar...

But also gone are the days when solar naysayers could get away with calling solar a “scam” or “novelty.”

No, solar is no longer the domain of treehuggers and wealthy eccentrics. Today, the solar industry is a multi-billion-dollar behemoth, only growing by the day.

Throughout 2011, we were inundated with stories about the struggling solar market. And many of them were relevant. The industry did struggle. But there were also quite a few major developments that didn't get much coverage. Yet these developments paint a very accurate picture of where the industry is really heading.

So this month, we're going to take a closer look at some of these very important developments. Because the fact is 2011 was by no means the dismal year for solar that so many have portrayed. 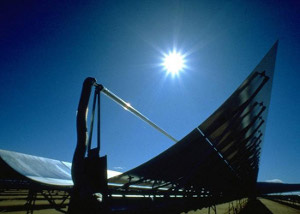 By the middle of the century, 80 percent of the human race will live in the sunnier zones around the equator. It is in these regions where solar can work on an economic basis, due primarily to the robust resource and lack of antiquated infrastructure that exists to facilitate conventional power generation in much of the developed world.

Bolstering the use of solar will also be the increased demand for power generation, as energy needs will be much higher in these regions compared to where they are today.

Analysts at the International Energy Agency noted in a December report that the full potential of solar power will be realized in these regions as officials begin to move away from a strategy of subsidizing individual technologies and taking a more broader view of an energy transition...

A transition that we have argued many times is not an option, but rather quickly becoming an urgent necessity.

Of course, IEA analysts argue that government policy will be needed. And while this is not something you should expect to see on a national level here in the United States, in developing nations, it's already a done deal.

In fact, with an aggressive government agenda in place, China may end up with 1.7 gigawatts of solar power capacity installed for 2011. This is huge.

The Middle Kingdom is also expected to account for 13 percent of the global solar market in just three more years.

Government officials even revised China's solar development target for 2015, taking its capacity to 15 gigawatts. Also noted was that the country's wind power capacity is set to hit 100 gigawatts by 2015. About 5 percent of that will come from offshore wind farms.

And according to a December policy report, India's solar capacity is expected to hit 33.4 gigawatts by 2022.

The industry has been gearing up to take advantage of India's aggressive solar plan. As I mentioned a couple of months back, Moser Baer (BOM: 517140) announced it's investing about $1 billion to develop 300 megawatts of solar projects. Some of these projects will appear outside of the country, but the majority will be in India.

And just a few weeks ago, Tata Power announced it had completed financing agreements for a 25-megawatt project that'll be located in the state of Gujarat.

We'll continue to follow India's solar development. Because in 2012, we're going to see a lot of action in this country — and of course, a lot of opportunities to make some money.

Now with all this new solar capacity coming online, the cost of solar will continue to get closer to grid parity, though a new study published by researchers at Queen's University in Kingston, Canada, and Michigan Technological University suggests that grid parity for solar is actually already here...

According to the study, the price of solar-powered electricity, when calculated by the levelized cost of energy, is currently competitive in a number of regions that rely primarily on fossil fuels. Much of this has to do with a decrease in prices for materials, technological breakthroughs that allow for longer system lives, and more accessibility to financing.

The authors of the study define grid parity as “the lifetime generation cost of electricity from solar photovoltaics being comparable with electricity prices for conventional sources on the grid.” Co-author of the study, Joshua Pearce noted:

It is still a common misconception that solar PV technology has a short life and is therefore extremely expensive. However, depending on the location, the cost of solar PV has already dropped below that of conventional sources.

Throughout the course of 2012, we'll likely see more reports backing this research. And although prices do need to come down just a little further, the opening up of additional financing and the integration of solar leasing programs will prove to get more solar on more roofs as we move forward.

Over 90 percent of the American public is pro-solar. What holds them back is the ability to finance. But costs have dropped by more than half in the last couple of years. When you compare the average cost of a home and the average cost of the solar system, you need to provide the average electricity you need for that home -- it’s not a significant fraction. 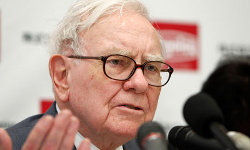 The company sells its electrons to 2.4 million customers. It transports 8 percent of the country's gas through its own pipelines, while producing and supplying power from a wide range of sources that also include geothermal, hydro, nuclear, and coal.

And last month — for about $2 billion — it added solar to that mix.

MidAmerican is no stranger to the world of alternative energy...

In fact, the company has $5.4 billion invested or committed to wind power. By the end of this year, it will have more than 2,900 megawatts of wind generation in operation. That's more than any other regulated electric utility in the country.

But don't be fooled; Buffett's bet on wind doesn't mean the guy's been hugging trees with Al Gore...

The truth is MidAmerican's energy mix is dominated by coal, natural gas, and oil. Only 20 percent of the company's generation comes from alternatives, which currently include wind, hydro, and biomass.

This is about making money — and nothing more.

Although the sector had been absolutely crushed in 2011, the long-term potential of solar remains solid. And now that shares of most public solar companies are trading so low — and the smell of consolidation is permeating through the industry — the smart money's sniffing around, looking for bargains.

This is what Buffett found in his latest purchase: a utility-scale solar power project with a long-term power purchase agreement boasting some very attractive rates.

And Buffett didn't end his quest for solar with that deal...

It wasn't long after he took First Solar's plant off its hands that Buffett bought a 49% stake in a $1.8 billion NRG Energy Solar Plant.

This particular project, a 290-megawatt power plant being built in Arizona, is expected to be completed in 2014. And of course, a 25-year power purchase agreement is already in place for this project, too.

While the Oracle of Omaha was going solar, Google announced it would spend $94 million to develop four solar energy farms in California. With this deal, Google's total investment in clean energy projects in 2011 stands at $890 million.

Hell, even TransCanada Corp (NYSE: TRP) — the company behind the Keystone oil pipeline project — ponied up $470 million in December to buy nine solar projects in Ontario.

Here's what TransCanada's president Russ Girling said about the deal:

The addition of these solar projects allows us to expand and add to our diverse power generating portfolio where a third of the power we own, or have interests in, comes from alternative or renewable energy sources. Upon close of this acquisition, this low-risk investment is expected to be immediately accretive to earnings and cash flow. 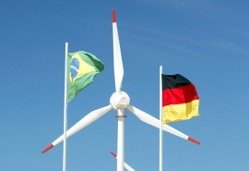 Between falling production prices and increased government support, Brazil is starting to attract quite a bit of foreign wind energy investment.

Although this particular country only has about 1.4 gigawatts of wind capacity right now, that number is expected to grow almost eightfold in just eight years. And by 2025, Brazil will likely boast more than 31 gigawatts of installed wind power.

The first foreigner to set up wind on Brazilian land was Wobben Windpower. This is a subsidiary of Enercon which set up Brazil's first wind turbine factory in the 1990s. By the end of 2012, Wobben expects to have 22 wind farms installed.

Although Brazil will not boast the same wind power capacity as China or Uncle Sam, its impressive growth projections should not be ignored. So of course, we'll continue to monitor Brazil's booming wind power market — and pick up a few bucks along the way. 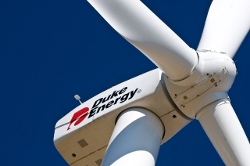 A few weeks ago, Duke Energy Corp (NYSE: DUK) announced it had bought a $3.5 billion power line project along with American Transmission Co. that's expected to move wind energy from Wyoming to California and the Southwest.

The line is expected to be completed in about eight years. When fully operational it will move 3 gigawatts of power.

Duke began its move to wind back in 2007, and not including this power line project, has invested more than $1.75 billion in its wind power business.

Today, Duke has about 1 gigawatt of wind power projects in operation and another 5.5 gigawatts in its wind development pipeline.

The company expects to generate enough wind power to satisfy the electricity needs of more than a half million homes by 2013 — just a year from now.