Everyone says electric cars are the way of the future. Instead of using traditional cars that cost owners thousands of dollars in gas every year, people are turning to electric cars because of a hugely decreased gas bill, and a more environmentally friendly car.

There's no question that companies that build electric cars like Tesla are becoming more famous by the day...

Tesla's Model S has become a staple, must-own car among the wealthy, and even the used ones are selling for as much as $90,000 a pop. The Model 3 booked more than 300,000 pre-orders within a week of its debut.

Even Volkswagen has hopped on the electric car train, and says it will be selling 1 million electric cars per year by 2025. That’s only five years after Elon Musk’s predictions for Tesla.

The question is, where do these cars get their power?

That’s why Tesla is building a huge lithium battery factory in the desert called the Gigafactory.

Tesla and all electric car companies need lithium desperately, but the question is, are they mining for it in the best possible way?

Lithium is a metal that is used in lithium batteries, essentially, it’s what makes electric cars move. And it’s hard to mine for. In fact, there are only two ways to get lithium: Hard rock mining and brine deposit mining. 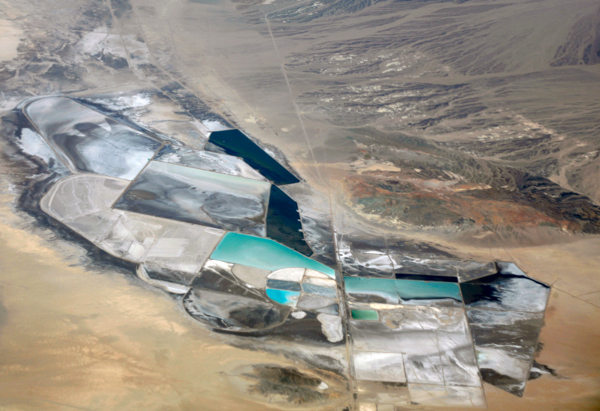 Lithium used to be mined for using a technique called hard rock mining. According to miningfeeds.com, hard rock mining, “Starting at the early exploration stage... Expensive and potentially many deep drill holes must be punched into the ground. After months of analyzing the drill data, if promising results are inferred, the best case scenario is more drilling. The goal is either a, "discovery," which could make the deposit appear economically viable. More likely, additional exploration dollars, drilling and dreaming is required.”

Essentially, hard rock mining takes years to accomplish. And in the race to get more and more lithium, time is what miners don’t have. Hard rock mining is also environmentally dangerous and expensive.

So what’s the alternative?

Lithium is concentrated in salt deposits already in the ground, and brine mining, according to miningfeeds.com is a much easier technique than hard rock mining, “Brine, typically carrying 200–1,400 milligrams per liter of lithium, is pumped to the surface and concentrated by evaporation in a succession of ponds, each in the chain having a greater lithium concentration. After 9-12 months, depending on climate, a concentrate of 1 to 2% lithium is further processed in a chemical plant to yield various end products, such as lithium carbonate and lithium hydroxide.”

Using this mining process costs much less than hard rock mining, is faster, and researchers at the Lappeenranta University of Technology in Finland found that lithium mined from brine extraction can reach purity of up to 99.9%, an almost impossible purity level in the traditional hard rock mining method.

Now that you know how huge lithium is, and which lithium mining method is best, you should get invested in it before it’s too late… that’s why we’ve found several lithium stocks for you that are hot right now. 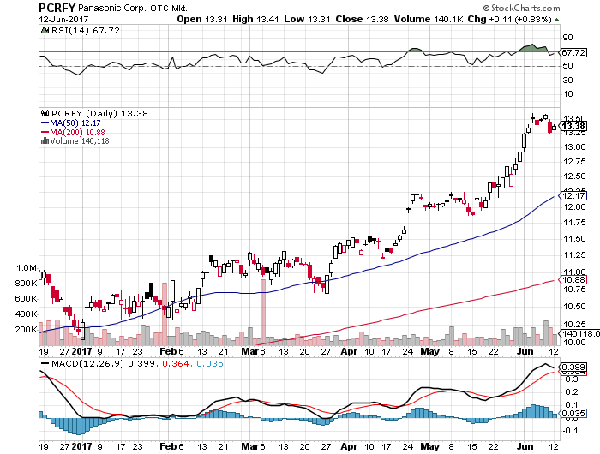 Panasonic is a longstanding business with a history of profitability. It makes lithium-ion batteries for a smattering of different applications, and it currently supplies batteries for all of Tesla's cars.

That means, if you invested, you'd be playing the current lithium boom and the growth of lithium as Tesla expands its Gigafactory and companies all over the world boost demand for the commodity. With a market cap of $30.867 billion, and a share price at the time of writing of $13.38, this is definitely a solid stock you can get invested in. 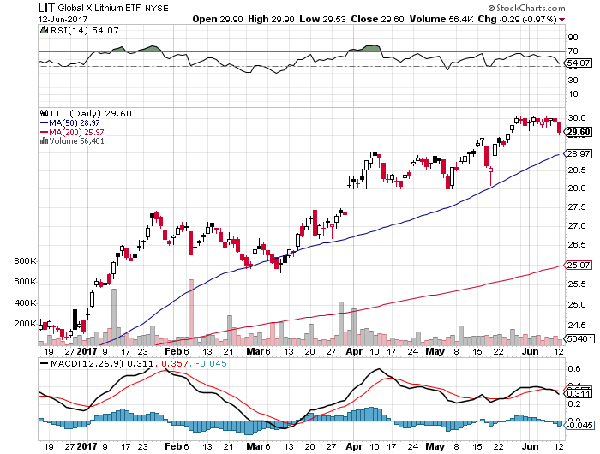 With huge new demand coming from Tesla's Gigafactory and all of the other applications this commodity is used for, our second pick for lithium is long-term and highly rewarding.

The fund is a great way to track the overall lithium market, while investment and demand grows over the next few years and into unparalleled territory in the coming decades.

It’s already made some amazing gains over the past year, but don’t let that scare you — the growth has only just begun!

Included in the holdings of the Lithium ETF are miners, chemical companies, battery manufacturers, and other industrial companies.

By diversifying the exposure to lithium, the Global X Lithium ETF provides investors with less risk and the potential for long-term reward. It'd be like getting in on the oil and gas index back in 1995 when it was trading for $1,000 less than it is today.