Special Report: Even Amazon Is Investing in Hydrogen

I'd just finished my evening routine: paying bills, catching up on the hundreds of emails that flood my inbox, even wasting a little time checking Facebook to see what my closest friends have been up to recently.

If you’re anything like me, you always have 50 tabs open, each one a promise to return to at a later time.

Then suddenly POOF! Nothing.

A blank screen stared back at me, triggering a rush of frantic thoughts.

Did everything save? Will I have to spend hundreds of dollars to replace this piece of technology that has become an integral part of my daily life?

I silently prayed for an easy fix, and those prayers were answered.

It was the battery, which ended up being a relatively cheap fix.

That night, I ruminated over the prominent role that batteries now play.

I can’t say it’s usually something that I think about. After all, batteries are relatively boring to the average consumer. We think of them as just a small component that we slap into the back of whatever we’re using.

Smartphones, electric vehicles (EVs), every single one of those useful gadgets and devices that make our lives that much easier...

Yes, that goes for our computers and laptops, especially.

The truth is that they’re the driving force behind today’s technology.

And if technology has become critical to being successful in today’s world, then there’s one thing that's even more valuable than the devices themselves.

What about medical equipment and military tools like night vision and communication devices?

It runs on batteries. 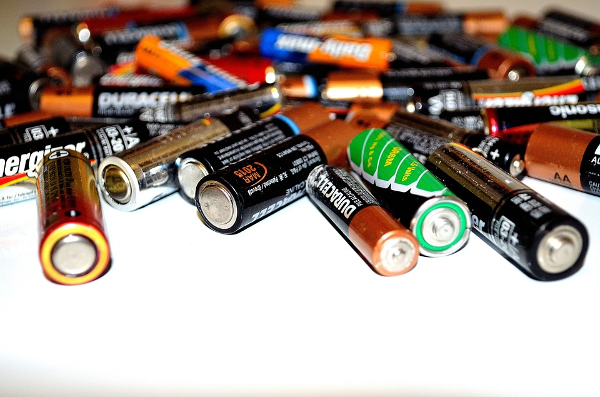 Batteries are the foundation for nearly every piece of technology right now, which is why they’re so often a hot-button topic within the investing world.

Tesla built its first gigafactory recently in the Nevada desert — specifically to manufacture the lithium-ion batteries that power its growing line of EVs.

So, you can probably understand why Elon Musk thinks that lithium is the only way to go as far as batteries are concerned.

Some, however, disagree with the mighty Musk...

One man, widely considered to be the “father” of rechargeable batteries, has found a way to store energy in a way that has a much longer life span than traditional batteries — all without lithium.

In fact, the market for this technology is expected to grow at a 35.5% compound annual growth rate (CAGR) through 2027, reaching more than $15 billion by that year.

So, what exactly is this new technology that's threatening lithium-ion batteries?

Think of it as a battery source that automakers hope to use for powering tomorrow’s vehicles.

The difference between a fuel cell and a battery is that fuel cells require a continuous source of fuel and oxygen to sustain the chemical reaction. Whereas, in a battery, the chemical energy comes from chemicals already present in the battery.

And hydrogen fuel cells use a much cleaner form of energy, even though they’re slightly less efficient than lithium-ion batteries.

The Toyota Mirai, one of the best-selling fuel cell vehicles on the market, has the same range as a Tesla Model S (about 405 miles) - but while the Model S takes more than 10 hours to charge, the Mirai takes a few minutes to fill up.

I don’t know about you, but I’ll always pick a car that can go 366 miles and refuel within minutes over one that takes much, MUCH longer to charge.

And right now, virtually every major auto company has announced some bold plan to produce cleaner cars. And some of the biggest ones believe hydrogen could be the way to go.

Thirteen car and energy industry giants are teaming up to push hydrogen as the world's next major fuel source.

Honda, Hyundai, Royal Dutch Shell, BMW Group and Toyota are among the companies that have formed the "Hydrogen Council."

Members of the council will make significant investments in hydrogen as an attempt to transition from fossil fuels to a cleaner form of energy, to the tune of a combined €1.4 billion per year.

In fact, General Motors and Honda are putting $85 million toward the production of hydrogen cells within their respective businesses.

And it’s not only the private sector that’s interested in hydrogen power, either...

The infrastructure bill President Biden signed into law last year allocates $9.5 billion in public funds to the green hydrogen industry - with a substantial chunk of that going to fuel cell development.

Hydrogen fuel cells might not get the media hype that lithium-ion batteries do right now, but it’s clear that some major players are making huge strides in the technology.

And today, I’ll share with you one fuel cell stock worth a second look by individual investors.

Without further ado, let me introduce it to you... 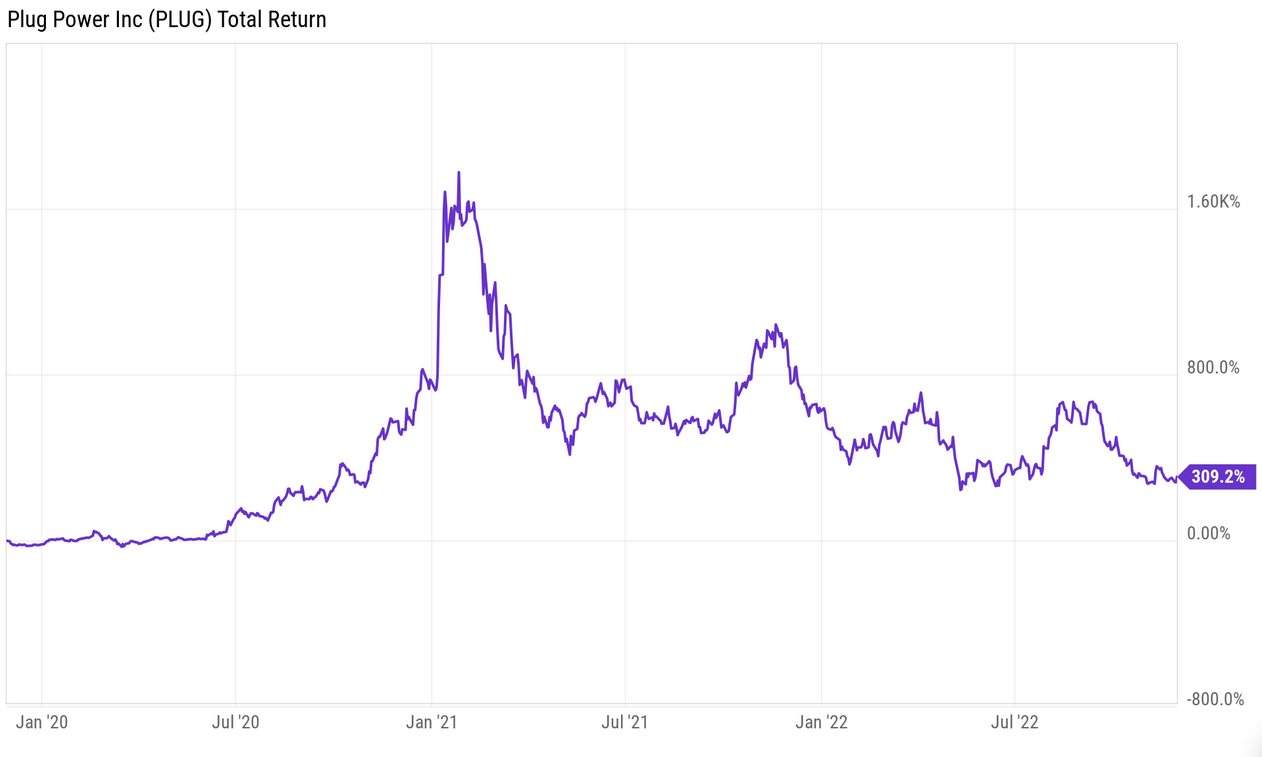 For most of its history, Plug Power’s business has been concentrated in industrial vehicles like forklifts. Its main draw for investors in recent years has been its partnerships with Amazon, Walmart, Home Depot and other large-cap companies, which primarily use its technology to power warehouse vehicles.

But within the last few years, Plug Power has exploded past anything we could have expected. The company is now spending more than $1 billion per year to bring green hydrogen fuel cells to every corner of the economy.

To make that happen, Plug Power has been on an expansion rampage. The company quadrupled its workforce in just three years from 835 to 3,336, headhunting some of the talent that allowed Tesla to soar past its competitors in the lithium battery and EV indsutries. Plug Power also recently hired 25 vetarans of General Motors to help manage its new $125 million Rochester plant, giving the company key insight into the auto market.

Plug Power also acquired Frames Group in the Netherlands last year, bringing on a crack team of engineers with decades of experience in the oil and gas sector. Today, a quarter of Plug Power's employees begain their career in oil and gas -- the same industry the company plans to distrupt.

Plug Power is not yet profitable, and as you can see above, it has had a bumpy ride over the last two years. But it has a hefty book value per share, a debt-to-equity ratio of just 13%, and has grown revenue by more than a third in the last year. The lows of 2022 could easily revert to the highs of early 2021 in the near future.

And we haven’t even fully discussed the potential of fuel cell companies like Plug Power in the context of rising automaker interest in hydrogen-powered cars.

Mark my words, the latest push by the auto industry to develop hydrogen fuel cell technology will propel a handful of stocks into the stratosphere before the end of the decade.

The battery industry is smoking-hot right now... And I'm looking at one sub-$5 stock destined to win the "Battery Arms Race".

Go here to get free access to a presentation while there’s still time.