Cryptocurrencies are blowing up right now.

Bitcoin (BTC) is the big one that people know about, and it has also had a spectacular 2017: 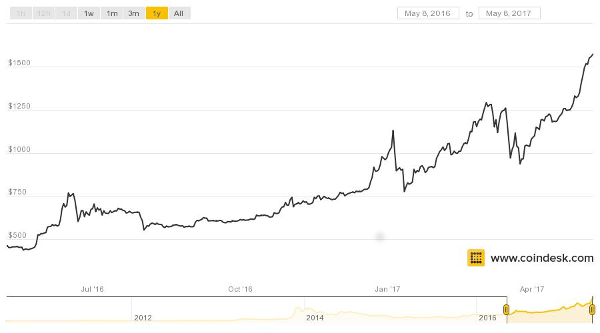 There are many places that are in on the Bitcoin fervor, from Asian countries like India, Japan, and China to Australia and the U.S.

The Indian government suddenly withdrew the country’s 500 and 1000 rupee bills from circulation. Now, bitcoin is experiencing a knee-jerk reaction among citizens concerned about their financial integrity.

At the time, Bitcoin in India was trading at 13% more than the average Bitcoin price. Many analysts didn’t think that the trend would last, but as you can see, Bitcoin isn’t slowing down.

Meanwhile, further war-on-cash-style noises have come from Australia, a country now toying with the concept of eliminating cash altogether within just eight years… At the same time, Citibank announced that it would go "cashless" at some of its Australian branches.

While Bitcoin might be the most well-known cryptocurrency, it’s not the only one that's setting records.

The combined market capitalization of all public cryptocurrencies has surged nearly 80% over the last month, as more than $20bn worth of new investment dollars has flooded the nascent market.

In roughly 30 days alone, the market cap for experimental blockchain-based cryptographic assets has ballooned from $27.8bn to $49.5bn. 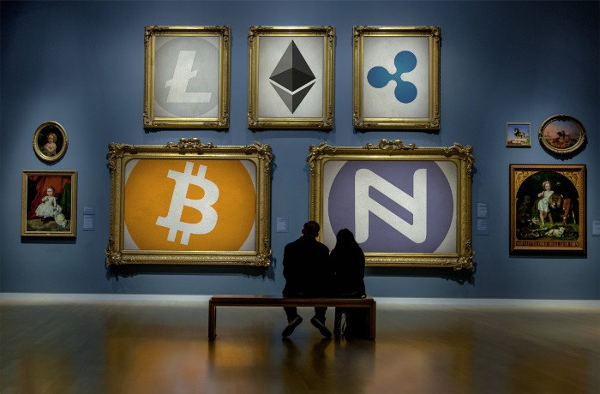 People are buying into Ethereum for one simple reason: its blockchain.

You see, one of the main problems with Bitcoin is hacking. Because everything is online, it’s very susceptible to hacking and that makes investors wary.

The blockchain is supposedly unhackable. According to Newshub:

The Ethereum project is using that Blockchain software to create so-called "smart contracts" that can self-execute. It has the potential to cut out the middlemen like banks and lawyers in transactions, revolutionising major industries.

Ripple (XRP) works with financial institutions to send money around the world in a faster and more secure way.

Ripple is based on a shared public database and has recently collaborated with major financial institutions like Star One Credit Union, SEB, and eight others.

Some analysts think that we could see it triple in value again if those interested in Bitcoin get involved.

Litecoin was inspired by Bitcoin and is similar in technology and purpose. Like Bitcoin, it is not controlled by a government or bank and is open-source.

The main reason behind the recent rally has been the rising support and adoption of SegWit. Litecoin, like Bitcoin, has a block capability that limits the number of transactions per block.

SegWit limits the number of LTC on the market. And, as with anything, less supply leads to more demand, which makes prices jump.

The release of the blockchain and SegWit have lead to more security and less supply. This is one reason that people are hopping onto the cryptocurrency train, making the markets jump.

Another reason? People are starting to buy cryptocurrencies as safe haven investments for when times are bad. And with the divisive U.S. and French presidential elections, tensions increasing with North Korea, and the U.S. dropping our largest non-nuclear weapon on Afghanistan, we’re living in uncertain times and investor demand is jumping.

Of course, caution should be used when buying into cryptocurrency. It’s a relatively new market. Even Bitcoin, which is currently the most solid cryptocurrency, has had severe ups and downs (in January, it fell nearly 30%), which should be considered before making a purchase.

There’s also the issue of hacking. While no one has been able to hack blockchain yet, this doesn’t mean that it can’t be done.

And while the lack of control by central banking systems is one reason people buy into cryptocurrency, it also means that it’s not regulated or insured.

There is obviously big money to be had when buying into cryptocurrencies. But if you buy into them, proceed with caution. Make sure that the site you’re using is secure and that the money you’re putting into it is money you can afford to lose. Otherwise, you’re better off going with a more secure and well-known market.

That said, we know some of you will want to invest. Because of that, we’ve made a special arrangement with Coinbase. If you use this link to buy cryptocurrencies, you will get $10 worth of BTC if you buy $100 worth.