Special Report: Cheapest Oil in the World Is Now Open for Business

Gold was first found in California in 1848.

The gold rush lasted for seven years and brought some 300,000 people to California.

The Bakken oil field could be considered the “black gold rush” of 2006.

So far, over a billion barrels of oil have been recovered in Bakken, and junior mining companies that got into Bakken early made their shareholders very happy.

Thanks to fracking and horizontal drilling technologies that unleashed shale oil there — not to mention Eagle Ford and other previously landlocked deposits — the U.S. went from importing 60% of its oil in 2006 to 24% in 2015.

By 2019, it’s estimated that the U.S. will be completely self-sufficient in oil, thanks to new oil-extraction technologies.

Two years ago, Mexico was every oil investor's dream, with billions of barrels of oil just below the surface.

Mexico Has the Sixth-Largest Shale Fields in the World

In fact, the U.S. Energy Information Agency (EIA) was forced to revise its 2040 forecast for Mexican oil and gas production upwards by a whopping 75%.

Pemex, the state-owned petroleum company, estimates that yet-to-be-discovered oil and gas reserves could total as much as 115 billion barrels of oil equivalent, roughly three times as much as current proven, probable, and possible reserves.

Pemex officials believe that all those shale deposits have the potential to provide the country with more gas and oil than the country has produced since it first struck oil in the early 20th century.

Make no mistake — all that shale oil in Mexico is about to change the country’s oil fortunes forever and make a handful of select investors very rich in the process. 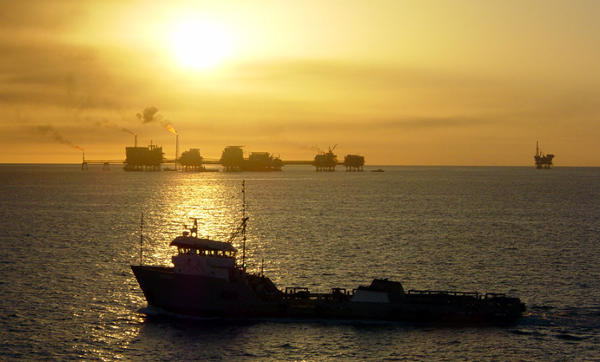 Of course, the big problem was that no one was allowed to drill for it. Until just a few years ago, Mexico did not allow private investors into the country.

But in 2014, Mexico had a huge energy reform. It put legislation into place that would end the state-controlled monopoly and allow foreign investors and companies the opportunity of a lifetime — to drill for Mexican oil.

U.S. shale producers were able to make a big success out of Bakken because of fracking. Instead of the costly and time-consuming older methods, fracking allowed companies to get to nearly impossible-to-reach reserves of oil and make a profit from oil prices at around $50 a barrel.

Now, oil companies can do the same thing in Mexico.

And it gets even better.

Development costs in Mexico’s oil patch are about $9.60 a barrel, among the cheapest in the world.

So, oil companies that drill for oil in Mexico have a three-pronged path to success: huge untapped oil fields, technology (fracking) that allows them to get the oil quickly, and some of the cheapest pricing in the world.

What’s not to love?

That’s why this large Italian oil company, that won 1 of 24 bids available to drill, is a good buy on its Mexico oil deal. 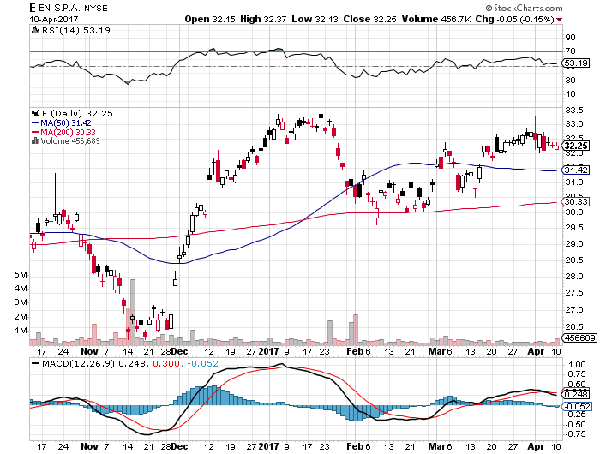 Eni S.p.A. drilled the first oil well in Mexico after nearly 80 years of state control, and it found exactly what it wanted: a lot of oil. According to World Oil:

Eni has successfully drilled the Amoca-2 well in the shallow waters of Campeche Bay, offshore Mexico, confirming the presence of oil in multiple reservoirs... The well reached a total depth of approximately 3,500 m, encountering approximately 110 m of net oil pay from several good quality Pliocene reservoir sandstones, of which 65 m were discovered in a deeper, previously undrilled horizon.

In addition, Eni’s fourth-quarter report for 2016 showed a cash generation of 3.2 billion euros and a consolidated operating budget up 103% from the previous year’s fourth quarter. With a market cap of $57.84 billion and its success in Mexico, Eni has a bright future — one that you don’t want to miss out on.