"It's like catching an ice cream cone out of the air because a child was hit by a car.”

John Oliver certainly does have a way with words. This time, he is referring to David Cameron recently stepping down from his position as Prime Minister of the UK.

The conservative PM's resignation would have been cause for celebration in several countries... had not the reason been a much worse problem.

Cameron stepped down in reaction to the recent vote across the UK to break away from the EU. He had previously urged his constituents to vote Remain, but in the end, the majority voted Leave.

To quote the late Douglas Adams, “This has made a lot of people very angry and been widely regarded as a bad move.”

It's easy to quote comedy, and appropriate to quote a pair of UK comedians especially, but the Brexit is anything but a joke... 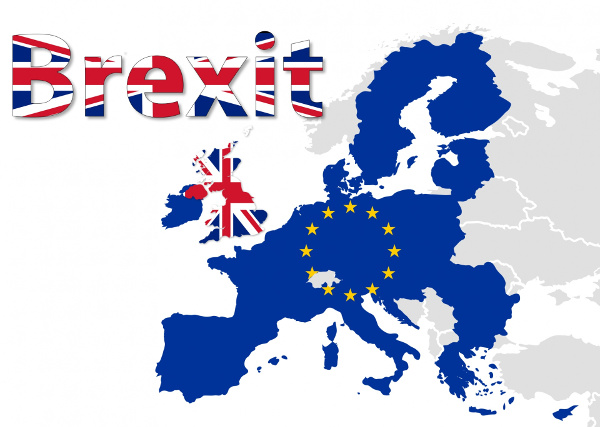 On June 23, 2016, an estimated 72% of eligible voters in the UK, which includes England, Scotland, Wales, and Northern Ireland, showed up at the polls to cast their votes. That's a high percentage; fewer people showed up to vote in the general election the year before.

The morning of June 24, the results came in: nearly 52% of those people voted to leave the EU.

Some saw it coming. Some were shocked. Why exactly did the UK want to leave the EU anyway?

There were a number of reasons, actually...

One of the most ironic — yet obvious — reasons was that being in the EU threatened the sovereignty of Britain (the UK minus Northern Ireland). Britain wanted independence from the group.

Of course it did. Too many regulations would make any country, or group of countries, want some distance.

And some rules imposed on the UK by the EU have been called ridiculous, and even cost the economy millions.

Public sentiment ruled here as much as economic consequences of partnership: about 50% of those who voted Leave claimed one of the biggest influences on their vote was the idea that the UK should make decisions about itself.

The countries of the UK did not make the switch to the Euro after the financial crisis of 2008. Instead, they all still used the Pound sterling.

However, even though that means the floundering Euro doesn't hurt the UK's economy directly, being connected to such a troubled economic tool seems unwise. The Euro's failure has been blamed for the economic downturn in both Greece and Spain, which nearly caused a similar break called “Grexit” in late 2015.

On paper, a centralized economy and currency sound fantastic. The ease of movement between countries would grow and trade would be much easier.

But in practice, it didn't work out that way. Instead, the differences in the EU members' economies caused borrowing interest rates to be wildly different. Countries like Greece saw low interest rates and over-borrowed, putting them in massive debt when the 2008 crisis hit and rates went right back up.

People saw this coming too, and the UK was smart enough to stay out of it. But a little extra distance from the mess couldn't hurt.

This, at least in the eyes of the UK, has put a strain on resources. Much like the immigration problem in the U.S., the UK saw a reduction in jobs for native citizens, and thus a cut in wages. Another highly politicized question asks exactly how many of them are working, and how many are just living under public welfare programs.

What's more, the crisis in Syria has prompted a new round of immigrants from outside the EU. As of November, 2015, more than 1 million refugees resettled in Europe.

And if that sounds like a simple process to you, you'll need to take another look.

In plain English: there isn't enough room for everyone.

This goes especially for the economically downtrodden countries, who are struggling enough to find stability for their own people. Greece, for all its struggles, was for a long time where Syrian boats would land after escaping the country.

If the UK felt claustrophobic about immigrants from within the EU, the larger group's open-door policy toward outside immigrants was just too much to take.

4. Membership fees are too high.

The EU requires all of its members to make annual contributions to the group budget, and the UK's share is £13 billion (about $19 billion). One Leave advertisement cited the number as £350 million (about $467 million) per week.

That's quite a lot of money that the country could be using to improve itself; that same advertisement claimed it ought to go towards funding NHS, the UK's National Health Service.

Whether or not this would happen is up for debate. But the fact is that people know that money could be staying within the UK, instead of going to fund the EU's plans.

Given the votes, these seem to have been good enough reasons. At least, they did in the moment...

Within hours of the results being announced, people cropped up who regretted their decision.

Famously, one man went on the news, stating, “I'm shocked that we actually voted to leave... My vote, I didn't think was going to matter too much because I thought we were just going to remain...”

And he wasn't the only one. Another news station uploaded a video of a woman stating much the same thing. And Twitter was full of both the regretters and their critics under the #Regrexit tag:

There were even reports of people having voted Leave just to be sure that Remain didn't win by too wide a margin.

In a way, they succeeded.

And in the hours after the announcement, social media drama wasn't the only noticeable effect.

Brexit won't just affect the UK's economy; it has the potential to hurt trade routes and business with everyone associated with it.

As such, stocks all over the world took a dive. The FTSE 100 index, which tracks the top 100 stocks on the London Stock Exchange, dropped below 6,000 suddenly. Rumors spread of companies planning to pull their people out of England, while analysts called for a recession.

The Pound also spiraled downward to levels the currency hasn't seen since 1985.

Just days after this drama, however, stocks began rising once more. At least for now, stockholders shouldn't fear the effects of the Brexit. There's still a lot to be done...

What happens when stocks drop off a cliff? Investors panic. In fact, that's why stocks usually drop so dramatically.

But there's one other thing that many investors do in the face of chaos: buy gold.

Precious metals, gold especially, are an investor's safe-haven. That is, they're more stable in value than stocks and other commodities. So when drama hits the markets, gold gets all the attention.

In the wake of the Brexit decision, gold jumped above $1,320 per ounce, its highest price in a year. Silver got a boost as well on news of economic changes.

You can pretty much bet that when markets are going haywire, gold and its like are going up. Even so, as with the Brexit, the future of a situation isn't set in stone. Market mayhem can make some big changes.

Fracking has only recently been approved in the UK, and exploration in the North Sea area has expanded. Development of new reserves is already underway, and may continue at a clip...

So long as Scotland doesn't exit next.

You see, when the UK voted Leave, it was only the majority vote that won out. Scotland and Northern Ireland voted 62% and 56% Remain respectively.

Soon after the results were announced, talks of Scottish independence began. Scottish first minister Nicola Sturgeon claimed before the vote that a Leave result would prompt the country to stage its own vote to leave the UK in order to stay in the EU.

Thus far, this has not come to fruition. Just days after the Brexit vote, countries within the EU were refusing negotiations with Sturgeon, stating that it was too soon to say what would happen. And as of July, it's still being discussed as a strong, but not assured, possibility.

Should Scotland successfully leave the UK, it's likely that Britain would lose its North Sea assets. As one of the largest sources of UK oil output, it would be a devastating blow to the already rough industry.

What's more, there's no telling what the UK's new Prime Minister will think on the matter. David Cameron was known to support development of North Sea assets, pledging millions in early 2016 to encourage exploration and improve infrastructure.

Now that he's stepped down, the door is open for his replacement, Prime Minister Theresa May, to take a stand on the matter. Perhaps she'll pick up where Cameron left off; perhaps she'll block further exploration.

Only time will tell...

Things to Bet On

“It won't make any difference to anything Berkshire does... It wouldn't change one iota what I'm doing in businesses or stocks.” – Warren Buffett

Warren Buffett doesn't seem too worried about all this hullabaloo. And, at least for now, you shouldn't be either.

For one, stocks are already mending after the panicked sell-off of the Brexit announcement day. Reality has set in once more...

And the reality is that there may not even be a Brexit. The next step in the process will be the UK inciting Article 50, which gives it exactly two years to negotiate new rules for trade, immigration, and laws that were instated in the EU. Thus far, May hasn't pushed to take this step.

There's a chance, especially with the Regrexit sentiment surfacing, that the UK will still be part of the EU in two years. Any changes made in the meantime will certainly open new doors for investors, but we'll have to catch them as they come.

But if you're looking for something more sure to take a gain on, or are still worried that these changes might take a bite out of your portfolio, stick with the solid choice: gold.

The price of gold has been on the rise, even before the Brexit mess took place. And it will always be a safe-haven for investors; there's simply nothing else that could replace it.

Barrick Gold (NYSE: ABX) currently holds the title of world's largest gold producer. Even after a drop in production due to recent structural changes, it's still at the top.

What's more, the changes made it more financially flexible. If there are waves to be made in the market, Barrick will be able to ride them out.

And keep an eye out for future reports. There's no telling exactly what effects the ongoing Brexit dilemma will have on global markets, but whatever they are, we'll keep you up to date on the latest and greatest in resulting investment opportunities.