Special Report: Beyond the Beyond Burger: Investing in Lab-Grown Meat

Check out these chicken nuggets. They look pretty tasty, right?

Based on the kinds of food trends you read about in investment publications like this one, you might be expecting some kind of “gotcha” here about how they’re not actually chicken, but some kind of mushy plant-based alternative instead. 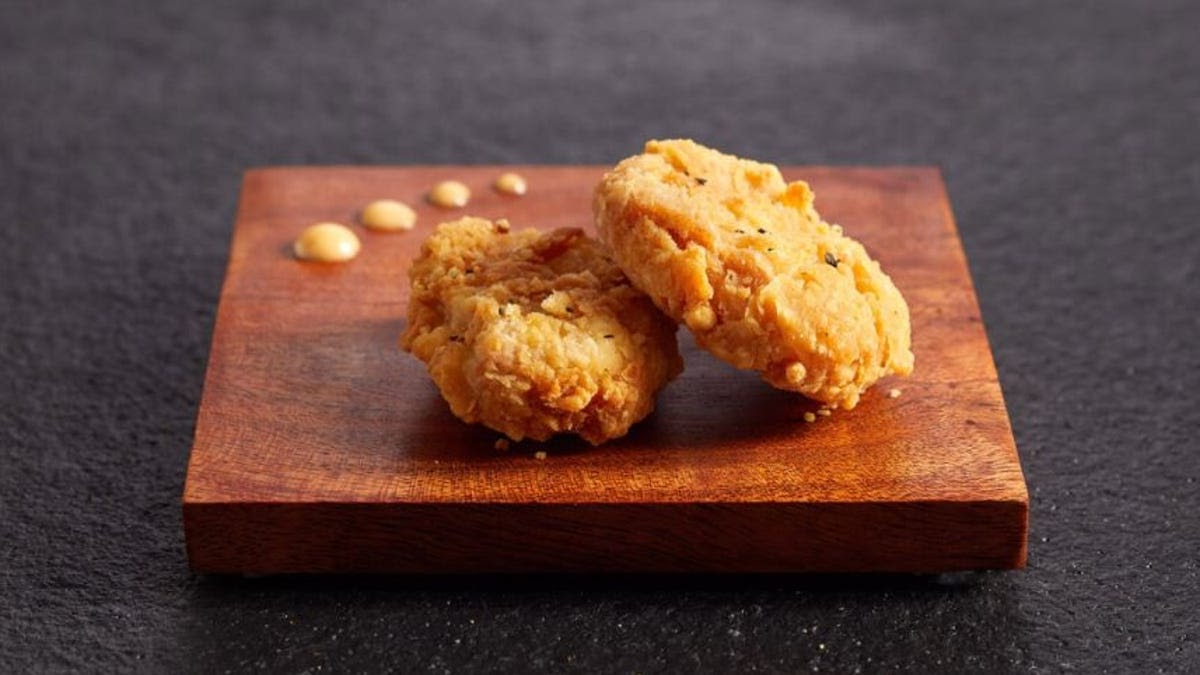 But that’s not the case. The nuggets above are 100% real gallus domesticus meat, all the way down to the 78 chicken chromosomes in each of their cells. But there is a catch: They were never part of a living, breathing bird.

Back in December, a California-based food tech startup called Eat Just won approval from Singaporean authorities to sell its “cultured chicken” in the country. It’s the first time a lab-grown meat product has made it to consumer tables anywhere in the world.

Lab-grown meat might sound like something from Star Trek, but it seems to be emerging as an exciting new investment trend for the 2020s. It strikes a perfect balance between the environmental and ethical concerns of vegetarians and vegans — and the cravings of carnivores.

And based on the performance of meat-alternative stocks in recent years, there is a lot of money to be made on lab-grown meat.

But before I get to the investment potential of this bizarre technology, I should probably explain what it actually is…

What Is Lab-Grown Meat, Anyway?

I technically fibbed a little bit when I said that Eat Just’s cultured chicken nuggets had never been a part of a living bird.

Lab-grown meat does use a few cells from a living animal. It would be more accurate to say that the nuggets had never been part of a dead bird, that no chicken was killed to harvest them.

The production process for lab-grown meat starts with a biopsy that extracts a small tissue sample from a living animal, leaving only a small, quick-healing wound.

Myoblasts — primitive, unspecialized cells that can develop into the muscle tissues we eat — are extracted from that tissue sample and then treated with a growth serum or nutrient broth to kickstart their growth.

In animals, cell growth is organized and shaped by a lattice of proteins, enzymes, and collagen called the extracellular matrix. Lab-grown meat simulates this process by giving the myoblasts an artificial protein “scaffold” to attach to and grow along, commonly made of plant cellulose.

Once the myoblast tissue has attached to the artificial extracellular matrix, it’s placed in a bioreactor, an incubator that simulates the temperature, nutrient intake, and chemical conditions that cause muscle growth in animals. What comes out is a fully formed lump of animal muscle — a piece of meat in layman’s terms — which didn’t cost any animal lives. 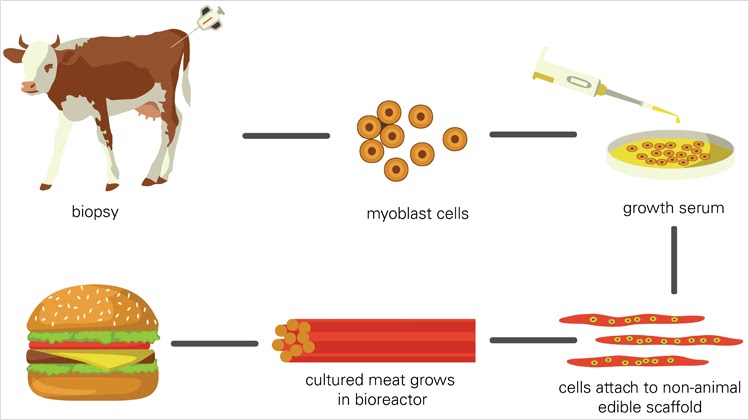 Scientists derived the process from cell culturing methods they've used for more than a century to grow petri dish colonies of microbes and fungi for research purposes.

It’s also quite similar to the tissue engineering technologies that doctors have recently started using to grow simple human organs like bladders or tracheae for transplantation.

Like tissue engineering, lab-grown meat is an emerging technology that is currently at a fairly primitive stage of development. Eat Just’s cultured chicken nuggets are the first commercially available lab-grown meat product ever, after all.

But that’s all the more reason for investors to turn their attention toward it now because the tailwinds behind the nascent lab-grown meat industry are substantial...

The Investment Potential of Lab-Grown Meat

This researcher loves a good grass-fed beef burger, but he can’t deny that low-meat and no-meat diets are gaining popularity around the world.

Veganism in particular has surged since the late 2010s. According to WTVOX, the number of people who have joined the “Veganuary” campaign, which asks participants to try vegan products “for January and beyond,” increased exponentially between 2014 and 2019. 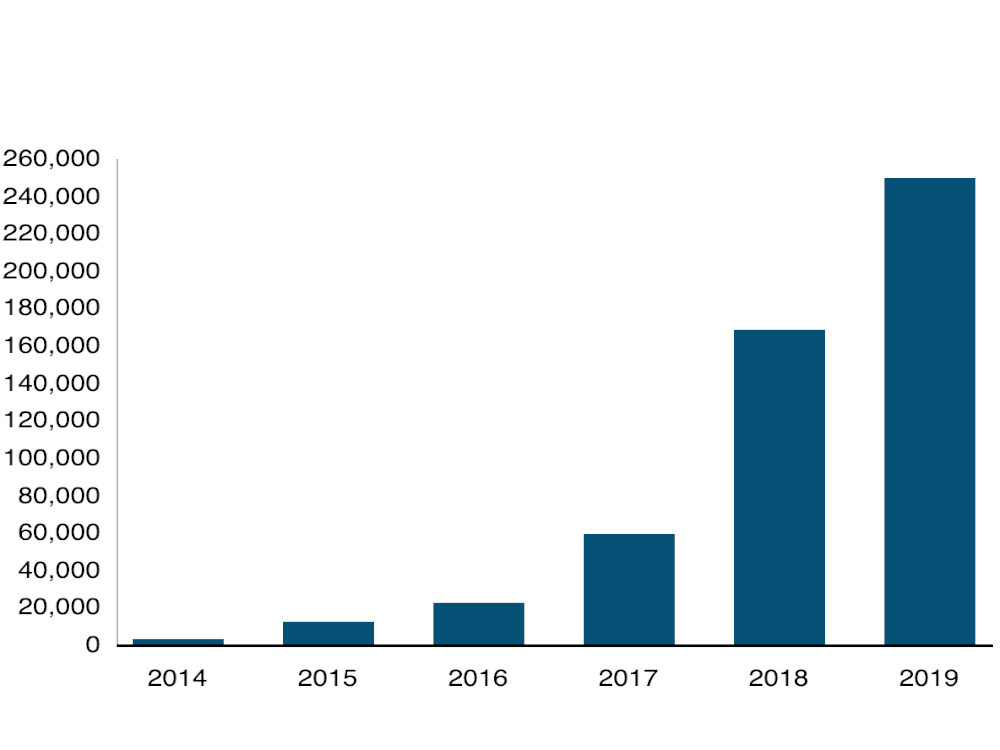 And the reasons people choose to ditch meat look encouraging for lab-grown meat producers. A majority of vegetarians and vegans cite animal welfare concerns as a primary reason for their dietary choices, and nearly 40% also mention environmental concerns. (Globally, livestock are responsible for more greenhouse gas emissions than cars.)

Both concerns are addressed by lab-grown meat, which doesn’t kill animals and could thus significantly reduce the population of methane-burping cows required to meet the world’s beef demands. 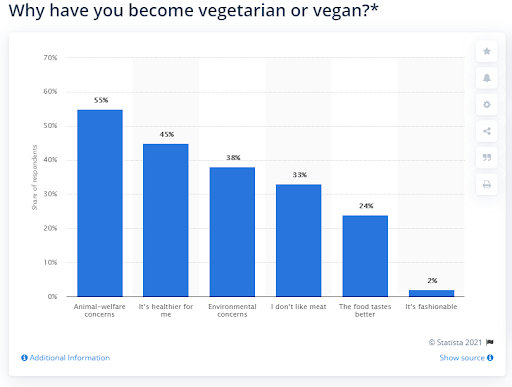 You can see the effects of these trends in the stock prices of producers of high-end meat alternatives like Beyond Meat (NASDAQ: BYND).

That firm doesn’t produce lab-grown meat, but its hyperrealistic plant-based beef and pork substitutes have gained significant traction among U.S. consumers in recent years — even non-vegetarians. The popularity of Beyond Meat products has helped its stock price more than double since its May 2019 debut.

So is there a Beyond Meat-like pure-play stock in the lab-grown meat industry available to investors today?

Can You Invest in Lab-Grown Meat Today?

As I mentioned previously, the technology is in the very early stages of development — it is currently confined to privately held startups and small R&D divisions within diversified food conglomerates.

There might not be a pure-play lab-grown meat stock on the market today, but it’s worth keeping an eye on the landscape of startups and bigger players forming in the space.

Aside from Eat Just, some notable private names in the lab-grown meat industry include Israel’s MeaTech3d, which has the backing of Israeli supermarket chain Rami Levy Hashikma Marketing, and UPSIDE Foods (formerly Memphis Meats), which raised $161 million in a Series B funding round in May.

Tyson Foods (NYSE: TSN) has also invested in a number of lab-grown meat startups, making it a vehicle for tangential exposure to the industry.

Investors might have to wait a few more months or years for a lab-grown meat pure play, but in the meantime, they should consider subscribing to the newsletter that got ahead of the Beyond Meat craze.

Technology and Opportunity editor Keith Kohl first recommended the stock to his subscribers more than a year ago. They’ve had the chance to profit handsomely from his recommendations since. Click here to learn more.