Special Report: Are AIs Your Next Pharmacist?

According to consulting firm Frontier Economics, the Cambridge-1 supercomputer is estimated to be worth 600 million pounds (or about $828 million) by 2030.

You can’t say you didn’t see this coming.

Pharmaceuticals are undoubtedly a hot topic — because of their important role in the pandemic, the industry has found itself expanding and innovating.

Artificial intelligence, pharma, and biotech are merging together, refining the development of drugs, disease treatment, and more.

AI played an important role throughout the pandemic. It took 300 days from identifying the coronavirus genome in early 2020 to the first vaccine study. This stunned the public given that previous vaccine development studies took an average of eight–10 years.

AI assisted in teasing out the biological makeup of COVID-19 and identifying the molecules that could help stop it.

The pharmaceutical supply chain enabled AI manufacturing to boost raw materials and finished goods. The companies that did so were able to respond more quickly and thus increase consumer demand.

Key areas in the drug manufacturing process that enable AI are planning and forecasting, as well as automation and collaboration bots.

The coming years will see pharma companies embracing AI as well as digital transformation initiatives to drive the economy.

Now that there’s a slowdown in COVID testing, companies like Abbott Laboratories (NYSE: ABT) have been focusing mainly on cardiac ailments.

ABT combined digital imaging technology with artificial intelligence and built an automated system for cardiac procedures.

Named Ultreon, the software relies on special catheters with X-ray technology. The catheters use laser lights to scan the interior of a blood vessel and any surrounding tissue to detect any threatening deposits within such as calcium or plaque.

Powered by AI, the software was just recently granted the “CE mark” in Europe, meaning it meets EU safety standards.

Nick West, chief medical officer at ABT’s vascular business, plans to achieve the U.S. and Japanese equivalents of the CE mark for the system:

Ultreon Software can potentially improve physician and patient experience by utilizing a systematic process, reducing variability, and increasing accuracy of diagnosis and application of therapies. 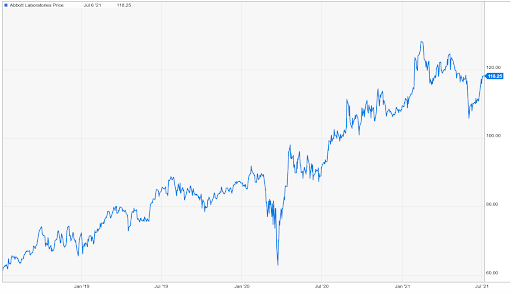 ABT sold billions of dollars' worth of COVID tests, causing its stock to climb 26% in 2020.

Dividend yields currently sit at a solid 1.65%, and first-quarter sales increased 35% year over year to $10.5 billion.

The software aims to support clinical decision-making for chronic thromboembolic pulmonary hypertension (CTEPH). CTEPH is caused by scarring and blood clots; patients with this condition experience high blood pressure in their lung arteries, making it more difficult for blood to flow to the lungs, resulting in low oxygen levels in the blood. If untreated, those affected by CTEPH can die within five years.

Though a rarer condition, CTEPH usually requires a delicate surgical procedure performed by a specialist. Because of how invasive this treatment is, radiologists need to quickly determine specific patterns in a patient’s medical history.

They analyze images of lung perfusion and cardiac and pulmonary vessels. The AI software is based on pattern recognition, helping radiologists recognize any patterns to deliver an early diagnosis.

Analysts predict an average increase of 20.64% for the next 12 months. This current quarter, earnings per share stand at $1.46 with $12.5 billion in sales.

Novartis (NYSE: NVS) commits to “ethical and responsible AI.” Last year, Novartis and Microsoft worked toward fighting leprosy through partnering with Microsoft’s five-year program AI for Health. AI for Health will be working to scale up an AI-powered tool to aid in the early detection and diagnostics of leprosy.

On Novartis’ website, it announced the program "will leverage artificial intelligence technology to empower researchers and organizations to address some of the world’s toughest challenges in health.”

On top of that, the World Health Organization (WHO) also partnered with Novartis and the Global Partnership for Zero Leprosy to develop improved access to multidrug therapy (MDT) along with future plans to roll out prophylaxis. 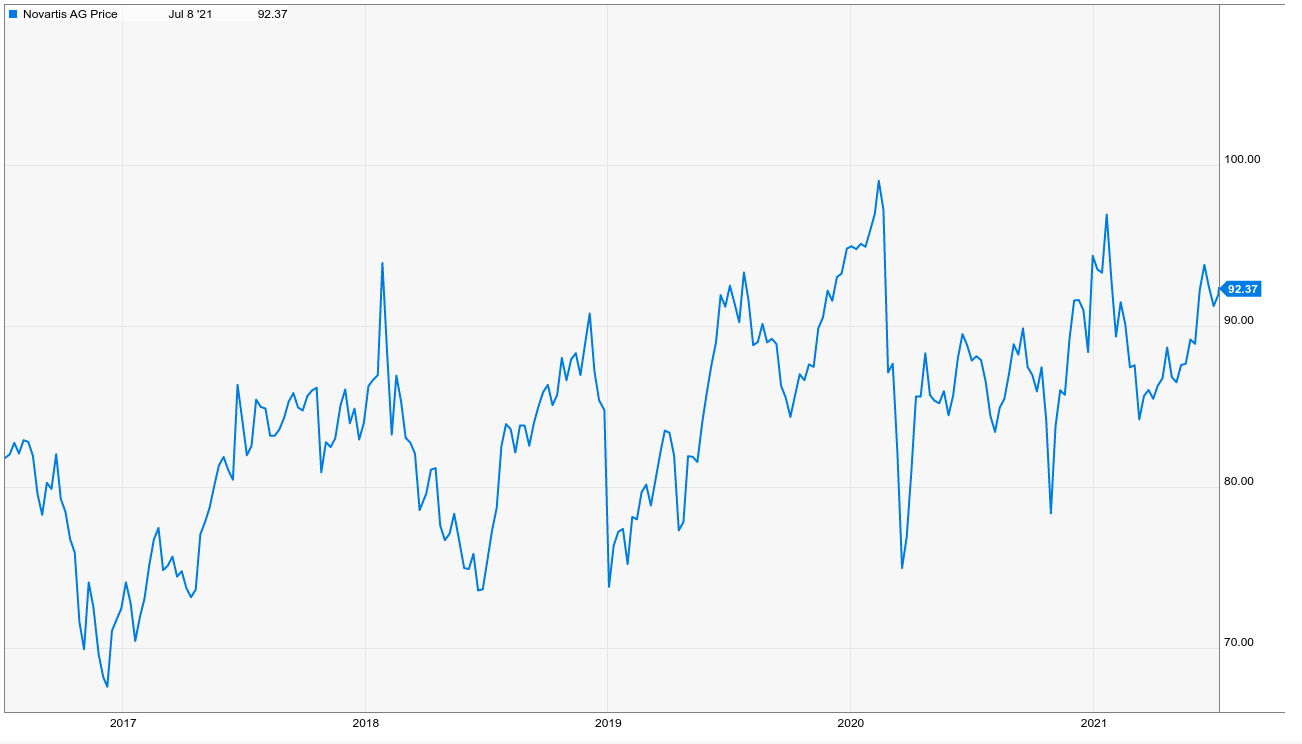 Pharmacists aren't being removed from the equation due to AI's growing presence. Rather, many pharmacists see AI as an opportunity to take on a more active role in patient care without subjecting them to any contamination.

Pharmacists currently report being overwhelmed and understaffed, and those working in 24-hour chain pharmacies say they're not able to keep up.

A CVS pharmacy technician in New York state told NBC News, "The expectations they're having and the resources they're giving us just aren't matching up. We're going to have a fatal error somewhere because we're doing too many things at once.”

According to NBC News, Al Carter, the executive director of the National Association of Boards of Pharmacy, added:

Pharmacy errors can range from smaller mistakes, like miscounting the number of pills in a bottle, to potentially deadly ones, like missing a dangerous drug interaction. Working conditions and workplace pressures have led to "growing concerns from many state boards of pharmacy" about prescription errors.

If AI is incorporated more into the healthcare system so medical professionals could properly balance their workload, it could save lives.

On top of that, biotechnology and artificial intelligence are arguably two of the largest industries at the moment.

Due to their enormity, you could assume it would be difficult to keep up to date with every company in each industry...

But don't worry — that’s what Energy and Capital is here for.

To get updates on the companies that are bound to grow in the coming years, make sure to read Energy and Capital!