Finance technology, or FinTech, like mobile banking apps and cryptocurrency, robo-advisors and, of course, tap-and-go contactless payments, has made serious strides in the past decade.

The availability of secure and convenient new features that address the demands of consumers in the digital age is proving to be a seismic shift for the industry.

The opportunity for investment in FinTech is vast.

A whole new generation of consumers is emerging and they don’t carry a physical wallet or purse.

They rarely have any cold, hard cash in their pockets, either.

Today, cash is only used for three in every 10 transactions, down from six in 10 a decade ago. Moreover, it is forecast to fall as low as one in 10 transactions within the next 15 years.

Think back to the last time you paid for something in a shop or a café: Did you pull out a $20 bill and wait for the clerk to open the register and give you change?

If you did, you’re in the minority.

There is massive growth in personal banking and the technology that enables it.

The Federal Reserve recently put out a study on how we pay for things. Here are some of the key findings:

And this is just the start of the brave new world that FinTech is creating.

By extending the reach of their services to global and under-tapped markets where traditional banking services are a rarity, the FinTech market is predicted to reach nearly $153 billion in value by 2025, according to Kenneth Research.

Changes in the sector are coming from every direction. It’s hard to know who is innovating and who is lagging behind.

Luckily, we’ve cut through the noise and put together a list of 5 easy picks for the FinTech revolution.

Alibaba, China’s answer to Amazon, is an e-commerce titan with its tentacles in an array of tech services, ranging from cloud-computing and a search engine, to a streaming site and their core shopping platform.

It is perhaps also China’s most powerful investment firm, and they’re betting big on FinTech in China.

As the middle class in China grows, the number of people who will need finance products will only grow.

Ant Financial has big ambitions for Asia and beyond. The company is looking to expand to several to several other countries in the region, and there are even rumors of an IPO. 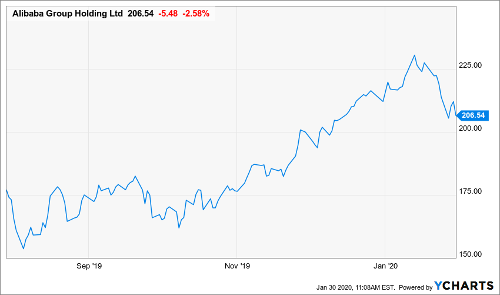 The most obvious beneficiaries of FinTech are banks.

Founded in 1869, Goldman Sachs is among America’s oldest and largest investment banks. You don’t stay around that long without staying on top of the industry and changing with the times.

GS seemed to have a  bit of an identity crisis recently. Traditionally known for its investment banking, Goldman has pivoted to a more consumer-friendly and public-facing model. However, Goldman has launched its Marcus platform to resounding success.

Marcus is an online banking app that specializes in unsecured loans, savings accounts, and checking accounts.

Customers can open up an account for as little as $1.

The goal is to offer a simple banking experience that is easy to use with no hidden fees.

And so far so good, as Marucs was awarded a JD Power Award for Personal Loan Satisfaction in 2019.

Clients have deposited nearly $55 billion to date and the bank has given nearly $5 billion in loans. 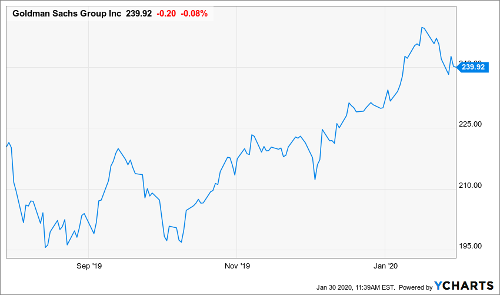 JPMorgan Chase, which was acquired in 2018 by Chase for $220 million, is another bank with a long history in America. The company offers a diverse line-up of financial products for both businesses and consumers.

Among the most exciting of them is WePay.

WePay is a payment ecosystem that allows platforms to integrate payment solutions on their website, such as their largest user GoFundMe.

In 2019, trials started on JPM Coin, the bank’s own cryptocurrency based on Ethereum.

The ultimate aim of JPM Coin is to speed up transactions like payments between firms or bond transactions. 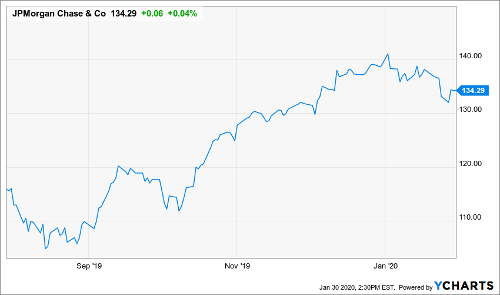 Often, small banks don’t have the necessary IT infrastructure to compete with the digital offerings of the much larger competitors. This is where Q2 comes in.

Q2 offers a cloud framework on which  banks and other FinTech platforms can build custom applications.

This offers Q2 a much stronger position in the FinTech arena. 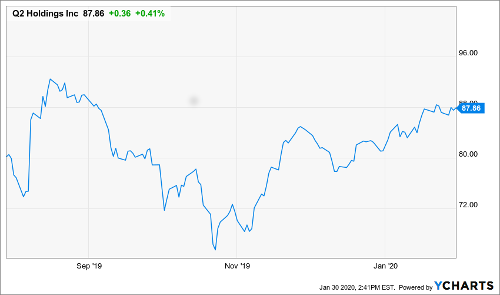 Blackline is a software-as-a-service business that allows businesses to automate tedious accounting tasks in real time.

Typically, tasks like reconciling financial data take significant manhours and are only done monthly or quarterly. Blackline lets these tasks be completed in real time. This lets businesses with different products in different geographic locations gather data instantly, allowing them to make back-end decisions faster and with more confidence.

The company has been consistently growing year over year.

They count companies like Coca-Cola, Under Armour, and E-bay among their clientele. 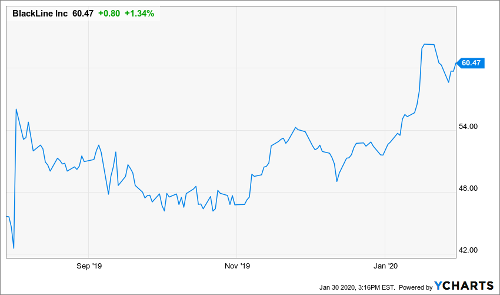