Special Report: 3 Top Energy Stocks (That You May Have Never Heard Of)

We can’t live without energy. Whether you’re a hard-core fossil fuel investor or interested in the renewable side of energy, one thing is certain: We all need it.

But the question is: How do you know where to invest? There are so many energy stocks available that it can be hard to know where to turn.

Luckily for you, we’ve got the lowdown on some of the best energy stocks that you can invest in today.

The signs have been there for a while.

Producers from the United States have upped output with rig counts soaring (currently at 877, up 462 from last year), and oil and gas companies have jumped in feetfirst.

That’s partially what led to the crash that oil experienced in early May, with WTI Crude dropping to $45 a barrel.

Oil recovered somewhat over the past two weeks and is sitting at $49.21.

U.S. producers don’t seem too worried about the price drop. After all, when you play the oil game, you expect ups and downs.

U.S. shale producers, like Halliburton, saw profits jump 24% in the first quarter, even with oil at $50 a barrel.

But OPEC is fretting.

It's been desperately trying to curb oil production (with U.S. producers a thorn in its side) for months. And in November of last year, Saudi Arabia, non-OPEC participant Russia, and Iran agreed to a temporary production cut.

Now, Saudi Arabia’s oil minister, Khalid A. Al-Falih, has said that the country is trying to extend the cut even further, perhaps even moving into 2018.

Oil has surrendered all its gains since their deal late last year to cut output... several nations have said they’d support an extension of the 6-month agreement that began in January. This is the first time the Saudi minister has suggested it could be extended beyond 2017.

While the proposed cuts might help OPEC temporarily, they’re not a long-term solution.

OPEC might not realize it, but we’re past the point where oil has to be $60+ for U.S. shale producers to make a profit.

You can make a profit, too. That’s where Phillips 66 comes in.

Phillips 66 is a good pick for those who want to get into oil investing. The company is an oil refinery, so instead of riding the highs and lows of oil prices, it stays steady.

PSX has a solid historical standing, good management, and a market cap of over $41 billion.

PSX is an energy manufacturing and logistics company that refines both natural gas and crude oil.

Its dividend yield is currently 3.24%. And its end-of-year report showed an operating cash flow of $3 billion with multiple new projects (restructuring DCP Midstream and starting Freeport LPG Export Terminal) and an increase in its quarterly dividend.

With over 14 refineries in Europe and the U.S., PSX has a wide reach that allows it to target more than just the U.S. market.

I tend to think of lithium-ion batteries in terms of charging something relatively small, like my laptop, phone, or electric car.

I don’t think of them helping run power plants.

But as of a few weeks ago, they are.

Southern California Edison, General Electric Co. and Wellhead Power Solutions partnered to install 10-megawatt lithium-ion batteries... The plants are designed to fire up during periods of peak demand. The batteries, which can provide instant power while gas turbines ramp up, are expected to reduce fuel use and lead to emission reductions of at least 60 percent... 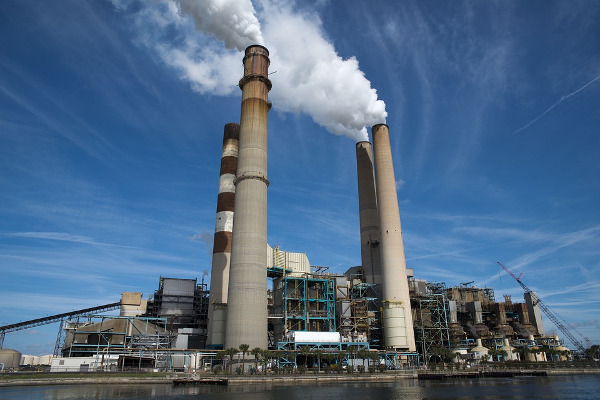 Really, you need to look at it as a unique system. It’s not comparable to a peaker, or to a pure battery. A pure battery at the end has the limitation of how long it can be on -- and the gas has a limitation of how quickly it can start up. When you put them together, to some extent, you can run them forever.

Utilities are some of the most solid stocks on the market. They’re known for weathering the highs and lows and coming out on top. And energy utilities, specifically, are in demand. That’s where Duke Energy comes in.

Duke Energy Corporation is an energy company that provides electricity to the southeastern part of the U.S., and it also manages various power facilities.

DUK specifically has made a habit of having a good relationship with its shareholders, with solid dividend yields through the years, and a current dividend yield of 4.17%. Its shareholder return from 2016 was 13.5%, versus -10.8% in 2015.

The company has invested over $4 billion in its wind energy segment and generates about 2,300 megawatts of wind power to over half a million residences. It also acquired Piedmont Natural Gas in 2016, which will help with its growth.

With 19 wind farms across the U.S. and multiple energy revenue streams, DUK is willing to combine fossil fuels with renewables, which makes it a utility stock to watch.

At this point, I think you know the importance of lithium-ion batteries. They’re well on their way to powering our world.

You might think lithium is the most important aspect of these batteries, and it is important.

But there’s actually something that makes up 35% of these batteries that you might not know about:

Without it, these batteries wouldn’t work. And, according to TechCrunch, 42% of the world’s cobalt supply is used in the battery industry.

Unfortunately, we’re running out of it. Cobalt is a by-product of nickel and copper mining, so we can’t mine for it directly, but we need it desperately.

Supply [of cobalt] is fantastically tight and set to get phenomenally tighter. Analysts at Macquarie Research projects deficits of 885 tonnes of this resource next year, 3,205 in 2019 and 5,340 in 2020. That’s a deficit increase of 503 percent.

And that industry is just getting bigger.

Car companies around the world are ramping up their electric car production.

Tesla has been in the electric game for years and with its successes, other companies have jumped in feetfirst.

Volkswagen will come out with four electric cars in the next few years, and it plans to rival Tesla with its affordability. Perhaps it will even Tesla, since the low-end Model S sedan costs upward of $68,000.

The deficit will only grow as the demand for electric cars continues, which means prices will skyrocket even more than they already have.

And those prices are going to keep jumping.

The cobalt market is rife for investors who want to get in as prices rise and supplies plummet. That’s where LiCo Energy Metals comes in.

LiCo Energy Metals is a Canadian company that explores for lithium and cobalt for use in lithium-ion batteries.

The company works in both the U.S. and Canada. It has multiple options to acquire 100% interests in lithium and cobalt mines in Ontario and Nevada.

LiCo's interest in cobalt mines is what makes it particularly interesting.

Most cobalt mining is in the Democratic Republic of Congo (DRC), but reports have recently surfaced that indicate abusive and unsafe mining practices for the miners, which is causing many to look for production elsewhere. And LiCo is in the perfect position to cash in on the move.

LiCo is small right now, but once the cobalt push hits, it should explode.

The company has also recently started to expand to South America and just worked out an option agreement for a 60% interest in a lithium mine in Chile. LiCo was incorporated in 1998 and is headquartered in Vancouver, Canada.