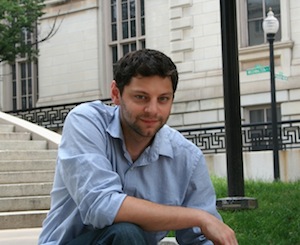 Rational thinking in an emotional market.

Luke is a gold bug, but he is unlike most others. In fact, he outwardly objects to even being labeled as such.

Luke says, “I'm not a doomsayer. Nor am I looking to simply entertain people with a bunch of wild conspiracy theories about gold. I have been, and still am, a gold and hard assets investor to, number one, hedge against global monetary inflation and fiat currency devaluation and, number two, leverage rising demand for the metal in an environment of low market confidence. In short, I want to preserve and grow my wealth... like every other investor."

With a more levelheaded approach to precious metal investing than the traditional "gold bug," Luke Burgess has proven that rational thinking in a largely emotional market can be incredibly profitable.

Luke first became bullish on gold and other natural resource back in 2002, following a sharp decline in the value of the U.S. dollar and taking notice of extraordinary monetary policies in Asian countries at the time. With gold prices trading in a range of $300 to $350 an ounce at the time, it was a great time to be a buyer of the yellow metal.

After almost immediately finding big success — and seeing that a new, long-term gold bull market had just started — Luke began writing to other investors, urging them to also own gold, precious metals, and other natural resources ahead of future declines in the U.S. dollar and other macroeconomic factors. It was then that Luke began writing for the legendary financial newsletter Secret Stock Files, where he showed subscribers rapid, life-changing gains from a number of junior exploration and development natural resource plays.

By 2011, the Secret Stock Files portfolio was sitting on dozens of triple-digits winners... as well as several quadruple-digit gains. But it was then that Luke began to see the gold and precious metal markets as bloated and generally over-hyped. So he made a bold move...

He sold everything, even as prices were wildly increasing. Luke says, "Everyone thought I was nuts." But it turned out to be perfect timing...

Luke exited all of his precious metal positions just eight weeks prior to the correction in gold prices beginning in October 2011... the exact top of the market.

For the next few years, Luke watched on the sidelines as gold and other precious metal prices were beaten down. But by the end of summer 2015, Luke began to again see an opportunity in gold investing. He says it was then that it was becoming clearer to more and more investors that the world's central banks' responses to the 2007–08 global financial crisis were not effective in improving economic activity and that their policies should be ultimately positive for gold prices.

So back in October 2015, Luke jumped back into the gold market. Again, it was nearly perfect timing...

The December 2015 U.S. Federal Reserve interest rate marked the very bottom of a four-year bear market for gold, which took prices from nearly $1,900 to under $1,050 an ounce. Following the bottom of the bear market, the price of gold saw its biggest run-up in over 30 years.

But Luke believes that, again, this was only the beginning of what's ultimately to come. He believes the price of gold could reach as high as $6,500 an ounce by 2019.

Last Chance to Own Gold

Why Scientists Are Calling Ammonia the “Fuel of the Future”

Marshalls and Ross Have Outperformed Walmart and Target

Looking for the Next GameStop?

The Government, Your Money, and the Mice

The Name Game: From “Global Warming” to “Climate Change”

Best-Performing Metal of COVID-19 (It's Not Gold or Silver)

Posted on December 7, 2020
Hydrogen Fuel Cells: The Downfall of Tesla?
Lithium has been the front-runner in the battery technology market for years, but that is all coming to an end. Elon Musk is against them, but Jeff Bezos is investing heavily in them. Hydrogen Fuel Cells will turn the battery market upside down and we've discovered the tiny company that is going to make it happen.

1 Apollo's Folly — A Warning About the... 2 How to Make Money off Tesla Without... 3 The Floyd Mayweather of Investing 4 Oil Stocks Are About to Launch 5 Supply Chain Hell — My Top...

1 Apollo's Folly — A Warning About the... 2 How to Make Money off Tesla Without... 3 The Floyd Mayweather of Investing 4 Oil Stocks Are About to Launch 5 Supply Chain Hell — My Top...