Don’t get me wrong; renewables are the end game in energy production, without a doubt.

But right here, right now, they’re not everything the media makes them out to be.

Take a few of our own examples, for instance:

These are signs of a slowdown in wind and solar development, one that’s making investors in the energy industry a little skittish.

Believe it or not, that’s what we want to see right now.

The truth is that we really don’t want to see renewables take over too fast... and certainly not before they're ready to.

You see, the fundamentals just don’t work out that way.

Germany, for example, has installed so much wind and solar that it can run on 95–100% renewable energy on a good day!

Yet those energy prices are around three times as expensive as they are in the U.S.

Other countries across the EU have taken advantage of as much as $750 billion in green energy handouts, only to see energy prices double in response.

These problems are caused by the intermittency of renewables. It’s just too much for today’s aging energy grids to handle, and it ends up coming out of the pockets of energy consumers and investors alike.

So while the renewable industry figures itself out, here’s a better opportunity waiting to break...

It should be clear by now that natural gas has solidified itself as the world’s transition fuel for more than a decade.

It’s cleaner than coal and more reliable than renewables.

As an investment, it’s one of the more lucrative fossil fuels.

Countries all over the world are installing more natural gas capacity to replace aging coal and nuclear plants, so demand has seen some healthy growth over the past few years.

There’s just one problem: the glut that has plagued the market for almost a decade. And if you don't think that poses a serious issue, just remember the oil glut that persisted between the summer of 2014 and February of 2016.

And yet natural gas is in a far better position than oil ever was.

For one, there’s no global cartel in charge of keeping prices steady (yet!).

Also, much like crude oil, we're talking about a fuel with seasonal peaks.

As the natural gas glut begins to ease going into 2018, it means investors like us could be staring at a serious buying opportunity this year.

The U.S. LNG market is taking off right now, despite the glut.

This month, premier LNG exporter Cheniere Energy will be bringing online the third of six liquefaction trains at the Sabine Pass in Louisiana. More than 75 cargoes of LNG have left the Sabine Pass and headed to 17 countries since exports began early last year.

In total, the country has around 70 million tons of LNG per year coming online soon, with more just awaiting regulatory approval.

Because of this, another big player in the natural gas market, Enbridge Inc., has called for the U.S. to become the world’s biggest exporter by 2035!

The prospect is even more attractive given the sheer size of the United States' major gas plays — including the Marcellus Shale.

Now’s the time to start cashing in on that new title.

In Case You Missed It …

Jeff Siegel, one of the first to strike it rich in the legal cannabis market, is sharing the secrets to his success in his new e-book, How to Become a Legal Drug Dealer: A Beginner’s Guide to Getting Rich in the Legal Cannabis Market. To get access to this book, which includes a listing of 46 legal cannabis stocks you can buy right now, click here. 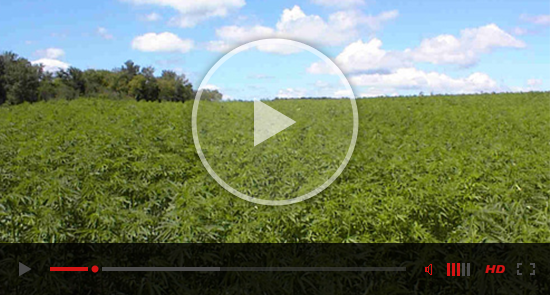