Water is something we take for granted in today’s society, but in many parts of the world, access to sewer, clean water, and basic plumbing are a luxury.

There is high praise in the media of China's and India’s emerging economies, but much of Asia is still contending with a lack of water-based infrastructure. According to Nation Multi Media, over 75 percent of nations in Asia and the Pacific lack water security.

What is water security? 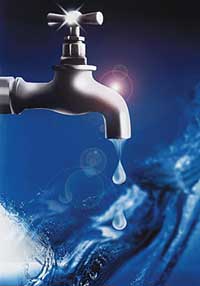 Water is essential for any populace to thrive, and it has been this way since pre-historic humans constructed settlements near rivers. In some places in the world, clean water can mean the difference between life and death. If not for the health and safety of citizens, it is incumbent upon Asian governments to provide their citizens with sustainable water in order to lower healthcare cost burdens in the long-run.

The issue is not water scarcity, but quality and access.

Infrastructure in the form of household plumbing and irrigation are things that will help communities prosper. A lack of these basic functions will roll back sanitation and economic growth.

Sub-standard sanitation breeds disease, and a lack of dams and levees renders towns and villages vulnerable to flooding from heavy storms. This results in more casualties and higher costs in damage.

According to Raw Story, a total of $59 billion will be needed in the Asia Pacific to satisfy water demand and another $71 billion for sanitation purposes. Such an investment might not seem hard to achieve, since many nations like the United States go through billions of dollars every year like toilet paper. But it will not take foreign aid to improve water facilities in Asia; there must be the drive among Asian governments to make water security a primary agenda.

South, West, and Central Asia are areas with the lowest water investment. East and Southeast Asia have the fastest water growth, with 64 percent of their populations having toilet access, according to Nation. Economic prosperity is behind higher numbers of water security; however, a healthy economy in places like China does not mean everyone shares the rewards.

There is a rising tide of inequality throughout the nation, and many other people throughout Asia are being left behind.

Many governments around the world would like to help their own people, but leaders lack outside investment and the funds to do so.

This is where utility and industrial water companies can help.

Attracting water companies to install the necessary plumbing and facilities is a great way to help people. From 1990 to 2010, the number of people with decent access to toilets went from 36 percent to 58 percent in Asia. While this is an achievement, there is still plenty of work to be done, and water companies can be a great asset to governments and populations.

With economic growth also comes a higher chance for water companies to make sound investments throughout Asia. This is not only true of Asia, but parts of Africa as well. According to Spy Ghana, African GDP is expected to rise 5.3 percent in 2013.

Africa and Asia are two of the most important continents where clean water demand is growing.

In certain parts of Africa, tainted drinking water contributes to diseases like dysentery and diarrhea. The number of children and adults that die from diarrhea is staggering, and this could be avoided, for the most part, with clean water.

Also, investment in African water could also help crops thrive and would save cattle from scorching heat. In many parts of Africa, high numbers of livestock is equated with status and wealth. Too many cows die from recurring droughts – something that can be avoided with irrigation pipes, wells, and other public water centers.

Many places in the world like Africa, Asia, and Latin America are hotbeds for water construction and investment. Developing nations are places where the standard of living is expected to increase in the coming decades, and many companies see this as an opportunity to not only make money, but also to bring a better life to people who have been ignored for too long.

What does this mean for investors?

Many water-based companies are expanding overseas. There are a number of reasons why anyone should be excited about water stocks. Investing in water is one of the most stable business ventures to make, since everyone needs water.

Some of the top stocks are among water utility companies. The Street reports that American water company American States Water Co. (NYSE: AWR) is the top rated water utility on the public market for 2013. Domestically, the water industry will always have a steady hand in the marketplace.

Water stocks in the West are not only lucrative because of the resource's abundance and quality, but there are also always construction jobs centering on pipes and other infrastructure priorities. Water stocks pertain to sewage, commercial and residential construction, and hydrogen power, among many other things.

Internationally, the water business is competitive, and these companies are engaged in a wide demand for clean water and facilities. Water management companies like Pentair (NYSE: PNR) are dedicated to helping governments and businesses achieve their water needs.

Water in the industrial or utility sector is worth exploring, but the industrial field shows signs of the most growth. Industrial water management accounts for networks of water installations throughout the third world. These are great companies for investors to watch because of market demand and expansion. It would also be worthwhile for utilities companies to expand beyond Western markets and begin reaching overseas customers.

The industrial portion would do wonders for the public good, while utility companies would do more in bringing sewer and household water demand to neighborhoods and business districts. Water stocks can cover diverse fields and areas of the world.

Utility stocks are doing well in the American market, but investors must also look overseas, where there is high need for innovation and ideas on how to bring water to more people.