Although this is the first time we’ve seen a major beer manufacturer enter the cannabis space, it won’t be the last.

The truth is, both the alcohol and tobacco industries are slowly entering the cannabis space because the folks that run those industries know that legalization – on a national scale in the U.S. - is coming.

We’ve already seen former alcohol and tobacco execs take board positions in a number of cannabis companies, and this will continue.

Of course, while Constellation is looking to get into the cannabis space, there’s one cannabis-related company that’s getting into the alcohol space. And based on what it’s serving up, it could end up becoming a major player in the alcohol industry. Hell, I wouldn’t be surprised if a company like Constellation just ended up buying it outright.

The company is called Province Brands, and it’s a premium adult beverage company run by folks who believe that the world is ready for a third option outside of cannabis and alcohol.  Something that combines the fun experience of drinking alcohol with the comparatively less harmful experience of consuming cannabis by means other than smoking or vaping. 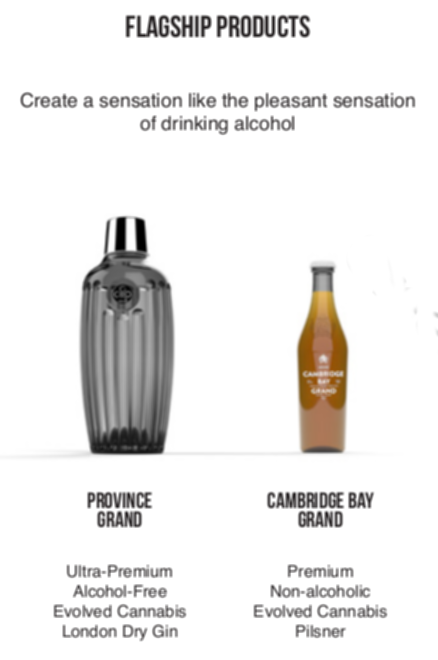 Grand is an ultra-premium London-Dry Gin distilled from hemp to which the company has added a proprietary blend of phytocannabinoids and terpenes (known as evolved cannabis), as the active ingredient, and which has been designed to create a feeling as much like alcohol as possible, including its short onset-time and duration of effect.

This is an ultra-premium pilsner brewed from hemp which has been dealcoholized through a reverse osmosis process – so it still retains its rich flavor – and to which the company has also added evolved cannabis as the active ingredient.

I like this whole concept because it enables a certain level of social equity for the cannabis consumer.  It’s about allowing the cannabis enthusiast to sit at the same restaurant or bar as an alcohol drinker.  This is something we really haven’t seen yet, but it really is a very normal concept.  It’s just that no one’s been able to capitalize on it successfully.  And that’s where I see Province having a very distinct opportunity.

I actually believe that Province could also give the alcohol industry a real run for its money.  After all, unlike the competition in the alcohol space, Province’s products are ...

And here’s the best part …

This alcohol-like beverage offers all the relaxing and psychoactive benefits one would expect with alcohol, but without the hangover or negative health issues associated with alcohol consumption.

That’s right. Alcohol without the hangover. And the drinks actually taste great, too. Of course, this is a premium brand, so you can’t expect anything less.

In any event, while today’s news is fantastic for the industry – and particularly Canopy Growth Corporation – if the alcohol industry really wants to assure it doesn’t lose too much market share to the cannabis industry, it would be wise to work with a company like Province Brands.