What is the New "Metal Oil"?

Are We Finally Replacing Oil?

People are obsessed with oil prices at all times.

It certainly makes sense, doesn't it? After all, the world consumes an excess of 92 million barrels of crude every single day.

Oil has sparked wars, tested alliances, and has been vital in supplying the world with a cheap source of energy for nearly a century and a half.

But what you may not notice right away is the overwhelming need for something else that has become paramount to today's world: batteries.

They're in phones, tablets, and nearly every other device you and I use on a daily basis. In fact, people nowadays are incredibly dependent on rechargeable electronics. When was the last time you were in an elevator and everyone suddenly pulled out their cell phone to avoid conversation?

More than ever, easily stored and transportable power has become necessity in society today, which will only become exacerbated in the future.

The most important for investors to remember, perhaps, is that lithium is the essential component for these batteries, making this “Metal Oil” one of the most critical markets over the next several decades — even threatening to replace oil on 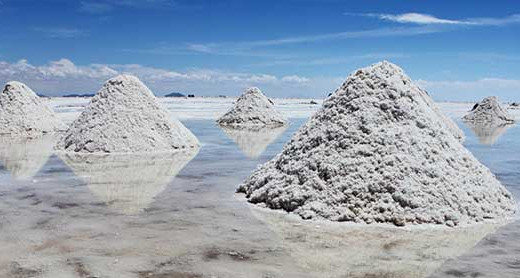 ce and for all.

Moreover, the production of “Metal Oil” doubled between 2002 and 2012, and the amount of lithium used in batteries is predicted to quadruple in just five short years!

Make no mistake, investors will realize how vital lithium is to today's world once Tesla's Gigafactory is up and running.

In fact, some estimates expect the production of 500,000 Tesla vehicles by 2020 will account for up to 17% of the world's current lithium supply. Of course, we also have to remember that other car manufacturers will jump into the fray, setting up even more demand growth for “Metal Oil” to power their cars.

Unfortunately, the supply side isn't as pretty. Roughly 70% of the world's lithium supply comes from Chile, Bolivia, and Argentina, commonly known as the “Lithium Triangle.”

And just as OPEC was formed by the world's largest oil-producing countries to control the market, imagine these countries getting together and creating their own “LEPC” to control the supply of “Metal Oil.”

It's a good thing that a few U.S. companies are on the verge of creating their own lithium hub... and that this hub is located much closer to home.