What Happened to Peak Oil?

I was first introduced to the concept of "peak oil" 15 years ago. It was a simple theory: Oil is a finite resource. At some point in time, the world's ability to increase oil production would ultimately “peak.” And this peak would be followed by a terminal decline in global output.

The theory has been around for almost a century. But the man who popularized the idea was an American geophysicist named M. King Hubbert.

In 1956 Mr. Hubbert presented a research report to the American Petroleum Institute that predicted oil production in the United States would peak in 1970.

Turns out he was right.

Hydraulic fracking and other enhanced oil recovery methods were successfully introduced in the new millennium, allowing U.S. oil production to pull itself out of terminal decline. Today, there is almost as much oil produced in the United States as in 1970. 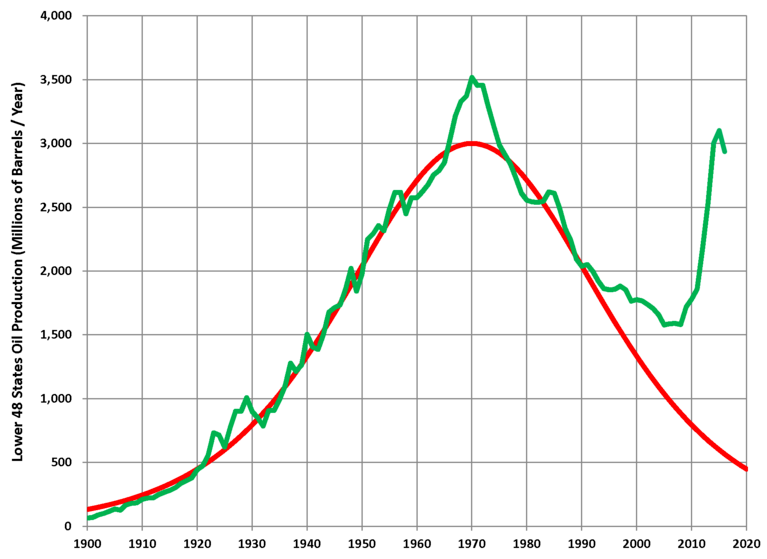 And it’s the same story around the world: Enhanced oil recovery systems have saved many nations from Hubbert’s terminal decline.

Truth is, even though oil is a finite resource, there is a lot of crude that can still be recovered from the ground.

But before you start looking to buy gas-guzzling muscle cars again, consider this: Even though there is still quite a lot of oil that can be potentially extracted, it's getting more and more expensive to produce.

The more complicated the extraction process, the more expensive. And those costs will simply be passed on to you, the consumer.

It's ultimately a matter of how much you’re willing to pay for petroleum products. If you live in the United States, you pay about $2.50 for a gallon of gasoline right now. Are you willing to pay $5 a gallon? Gasoline already costs over $5 a gallon in many parts of Canada.

Oil is still a finite resource. That hasn’t changed. And as it becomes more expensive to produce, petroleum products like gasoline are ultimately going to follow suit. Oil companies aren't charities. They're in business to make money. They're not going to work for free.

Eventually there will come a time when the majority of the population simply won’t pay. The real "peak" for petroleum products won't be a result of available resources. The real peak is ultimately the market's willingness to buy.

And that’s right where the electric vehicle revolution shifts into high gear.

The move to electric vehicles will have little to do with environmental concerns for most people. They won't be trying to save the planet. Instead, most folks will shift to electric vehicles simply because they’ll be more affordable to operate. It all boils down to cost to the consumer.

The electric motor is set to replace the internal combustion engine the same way the light bulb replaced the oil lamp.

But this will represent only a small fraction of the market. The majority of the market will be dominated by electric vehicles.

The world is changing. You can decide whether to sit back and watch it all happen or participate and profit. And if you don’t believe the electric vehicle revolution is real, you can see the numbers for yourself outlined here in this report.

This is not a once-in-a-lifetime opportunity.

Don’t miss out. Check out this report today.