What Could Have Been the U.S. Mint's Palladium Bullion Coin 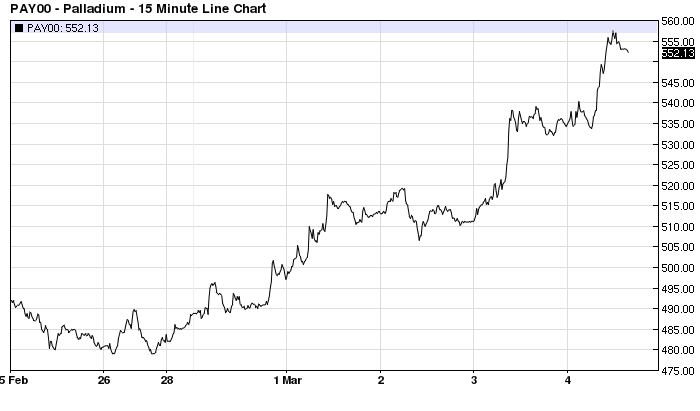 Heavy buying throughout the week pushed prices to over $557 an ounce. The run comes after months of downward pressure that have brought prices down from $700 an ounce in October. Prior to that, palladium prices touched a 15-year high in September 2014 of over $900 an ounce.

A few years ago, there was a push for the U.S. government to authorized the mintage of a palladium bullion coin. The U.S. Mint produces bullion coins in the three other precious metals (gold, silver, and platinum) but not palladium.

So in 2010, President Obama signed The American Eagle Palladium Bullion Coin Act of 2010 into law. Its intent:

To authorize the production of palladium bullion coins to provide affordable opportunities for investments in precious metals, and for other purposes.

The law called for, “A $25 coin of an appropriate size and thickness, as determined by the Secretary, that weighs 1 troy ounce and contains .9995 fine palladium.”

The coin's design would, “bear designs on the obverse and reverse that are close likenesses of the work of famed American coin designer and medallic artist Adolph Alexander Weinman–”

The bill goes on to state the specifics of the design:

Here is the obverse and reverse of the coins the law is referring to...

As part of the law, however, a marketing study was to be first conducted to determine if there was, in fact, a large enough market demand for palladium bullion investments. The general purpose of the study was to ensure that palladium bullion (and palladium numismatic coins) could be minted and issued at no net cost to taxpayers.

The United States Mint retained CPM Group LLC to produce the study. CPM Group’s main conclusions were, as they are stated on the U.S. Mint's website:

It is unlikely that there will be sufficient demand for a U.S. Mint palladium bullion coin and such a program would most likely not be possible to undertake profitably.

So a U.S. palladium bullion coin is not happening. Nevertheless, I asked one of the resident graphic designers here at Angel Publishing if he could create an image of what this palladium coin might look like.

Here's what he came up with... 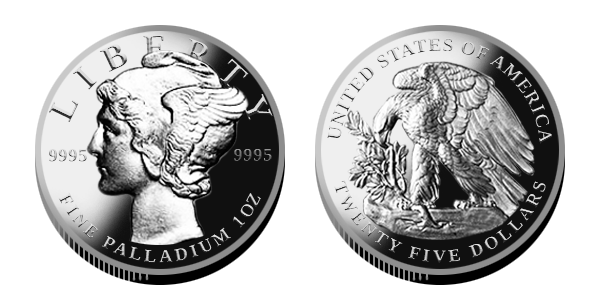 What do you think? Would you buy a U.S. palladium bullion coin? Tell me in the comments below.