At around 6 o'clock on the morning of May 28, 1923, an oil well named after the patron saint of the impossible blew. The well sprayed oil over the top of the derrick and covered a 250-yard area around the site.

This is the infamous picture of it: 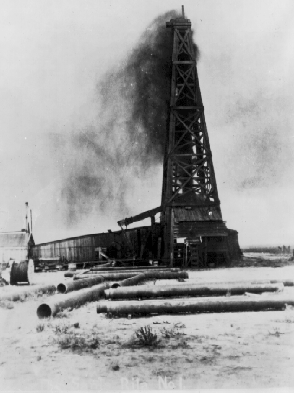 On that morning, the oil boom in West Texas was born. The name of the well was Santa Rita No. 1.

For the next 50 years, oil from West Texas flooded the world. Wildcatters, ranchers, and residents of sleepy cowtowns became instant millionaires as they struck one gusher after another... 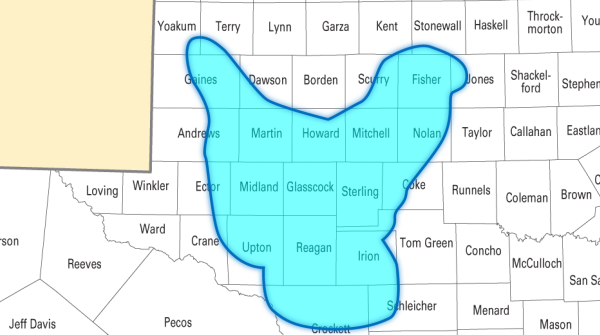 This region in West Texas has pumped out over 35 billion barrels since Santa Rita No. 1 started spewing black gold.

The Petroplex peaked in production between 1973 and 1974, as predicted by Shell geologist M. King Hubbert. At its height, it was pumping out over 1.7 million barrels per day.

When it peaked, it marked the end of American oil domination and ushered in OPEC... and for the next 40 years, OPEC would have a stranglehold on the world's energy economy.

They pushed everybody around whenever they wanted to. When they got mad, they cut production, driving up the price of oil and gasoline. And they would bankrupt any competition to their monopoly by increasing production and flooding the market with cheap oil.

But that was four decades ago.

A lot of things have changed — and quite dramatically...

Thanks to the American revolution in hydraulic fracturing (or fracking, as it is popularly called), the Petroplex is about to regain its stature in the global oil market. To the point, drillers using state-of-the-art technology can now access and extract oil from the actual massive source rock that was feeding the Santa Rita well 90 years ago.

Before I go any further, let me quickly explain what a source rock is, why it is important, why it's the reason the United States is currently in an oil and gas renaissance, and why it led to the IEA recently saying the U.S. will become the world's largest oil producer.

The source rock is like a giant pressure cooker heating all of that organic matter into billions upon billions of barrels of oil. Source rocks are typically so highly pressurized and so full of oil, they literally push the hydrocarbons closer to the surface into surrounding reservoirs.

Every drop of oil pumped out of the ground since the first well was drilled in Titusville, Pennsylvania, in 1859 was first created by a source rock. Every drop!

Although oil companies have known about source rocks for decades, they couldn't drill into them, because it was either too expensive or the technology didn't exist. But that has all changed now with the advances in hydraulic fracturing and with oil selling for more than $90 a barrel.

And that's exactly what's happening in the Petroplex...

For the first time ever, companies are now extracting oil directly from the source rock in the Petroplex, and the early results from these new wells are already a game-changer — all because of the technological revolution in hydraulic fracturing developed in the United States.

What's more is that oil workers are rushing into the Petroplex like army ants. And it's easy to see why...

Large parts of the Petroplex shale are between 3,500 and 4,000 feet thick. That's about three-quarters of a mile in length. That's huge. Nothing like it has ever been discovered before.

To give you an idea of how big that is, the Bakken in North Dakota is between 10 and 25 feet thick. The Eagle Ford in South Texas is around 35 feet thick. Both the Bakken and Eagle Ford are currently producing a combined two million barrels of oil equivalent per day. That's more than the oil produced by OPEC members Ecuador, Angola, and Qatar.

In a few short years, the Bakken and Eagle Ford will be producing more oil than OPEC members Libya, Algeria, Kuwait, Nigeria, and Venezuela...

But the Petroplex in West Texas is much, much bigger.

Twice the Size of New Jersey

The sheer size of it is mind-boggling.

In terms of square miles, the Petroplex is bigger than the states of Maryland, Vermont, New Hampshire, Massachusetts, Hawaii, Connecticut, Delaware, and Rhode Island. In fact, it's twice the size of the state of New Jersey.

Large parts of its shale is so thick, it's like finding 140 Bakkens — or over 100 Eagle Fords — stacked on top of one another.

So even without hydraulic fracturing, a driller can access three... four... maybe even five different shale formations with just one vertical well.

That's why in early 2013, Chinese company Sinochem entered into a $1.7 billion joint venture with Pioneer just to get its foot in the door of the Petroplex.

Make no mistake; 100 billion barrels is nothing to sneeze at. That would make it the second-largest oil region in the world, next to Saudi Arabia's Ghawar oil field.

However, the Ghawar oilfield has been pumping non-stop for over 65 years. It's old and near exhaustion. The Saudis are doing everything in their power to keep the oil flowing out of Ghawar — even blasting millions of gallons of seawater into the field's wells to squeeze out every ounce of oil.

But this new oil field in the Petroplex — thanks to the success of extracting oil with hydraulic fracturing — just started producing.

And get this: Devon Energy — a $26 billion oil and gas company and one of the largest landowners in the Petroplex — has studied the formation inside and out...