Yesterday before the market opened, I was checking headlines as I do every morning.

If I didn't know any better, I would've thought the United States found an ocean of oil overnight...

The headlines about U.S. energy were full of words like “independence,” “surge,” “revolution,” and “boom.”

Italian newspaper Milano Finanza ran a cover with the title, “I Padroni dell'ENERGIA,” which roughly translates to: “The Masters of Energy.” It depicted Obama as an oil sheik. 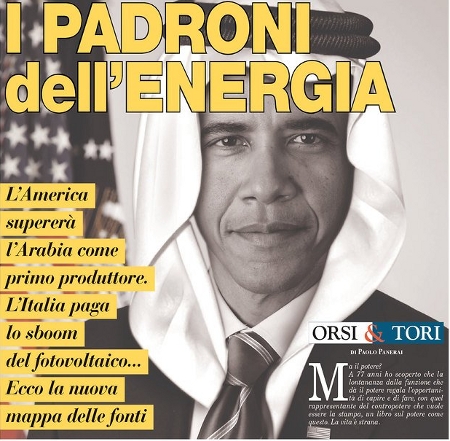 But the Italian rag wasn't the first to allude that Americans were about to become the masters of energy.... 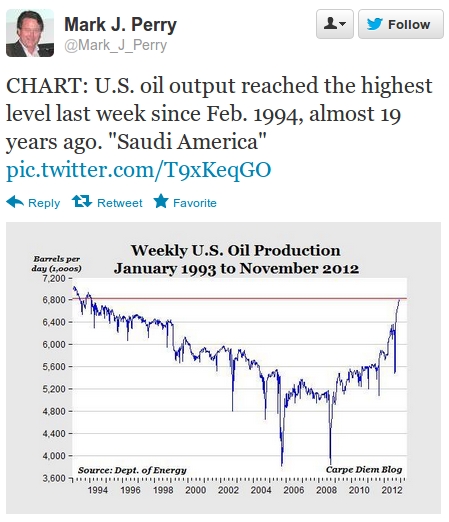 And it didn't stop there. Continental Resources (NYSE: CLR) was out with a statement saying the Bakken actually holds the equivalent of 903 billion barrels of oil — 57% higher than its 2010 estimate of 577 billion barrels.

And Business Insider posted a story claiming “The Most Profitable Oil Field In The World Is Right Here In America.” It cited an EP Energy — a spin-off of El Paso Pipeline (NYSE: EPB) — report showing that the Eagle Ford was the “highest return/value asset in the portfolio.”

That's When It Hit Me

We've been right all along.

You see, all the things I just mentioned are reporting and commenting on what has already happened.

You can't profit from what has already happened.

We tell you what's going to happen years in advance... giving you plenty of time and opportunities to profit along the way.

If the North Dakota and USGS reports proved anything, it's that we can expect a huge amount of investment. Believe me, this play isn't going to fade out. Lynn Helms, the director of North Dakota's department of mineral resources, put it best, "It's going to be slow, sustained oil production that can last a century or more." In other words, the Bakken play is just beginning.

Same goes for the Eagle Ford Shale. When Joseph Weisenthal, Deputy Editor of Business Insider, broke the news that Eagle Ford was the most profitable oil field in the world, he readily admitted that “he had no idea.”

How could he? Again, he's reporting on what's already happened. Business Insider hasn't covered energy every day for the past six years like we have. Like most traditional media outlets, they instead report on the “best of” and “most popular” of what's happening or already happened.

We tell you what's going to happen.

They tell you when it does.

We did have an idea the Eagle Ford would become a tour de force in the domestic energy game. In early 2009 we told you:

While production in the Federal waters of the Gulf of Mexico fell sharply (roughly 14.8% in 2008) due to the hurricane season, production in unconventional fields grew nearly 10%. Unlike U.S. oil production, which peaked almost four decades ago, developing some of those shale plays has just begun.

One of the up-and-coming shale plays you're bound to hear more about in the future is the Eagle Ford Shale. Located in south Texas, the Eagle Ford Shale formation is found directly beneath the Austin Chalk Shale at depths between 4,000 and 10,000 feet.

Out of the few companies operating in the Eagle Ford Shale, one worth paying closer attention to is Petrohawk Energy. During the first quarter, Petrohawk drilled and completed two wells. And based off their results so far, they've suggested the Eagle Ford Shale is one of the highest quality shale reservoirs in the U.S.

Shares of Petrohawk traded for $25 that day.

Because the Eagle Ford was so profitable — who could've known? — BHP Billiton (NYSE: BHP) bought Petrohawk two years later for $38.75 per share... and our readers made a hefty 67%. 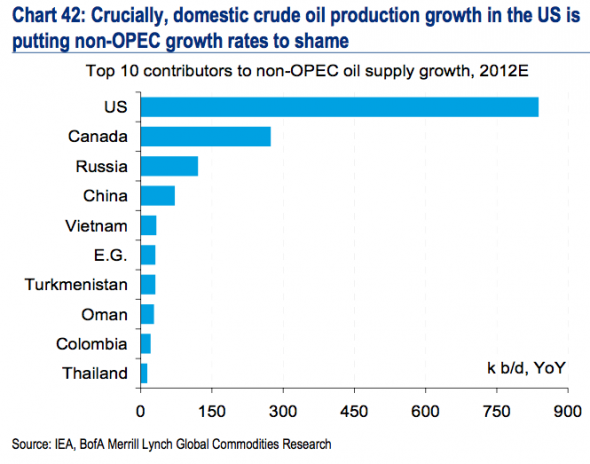 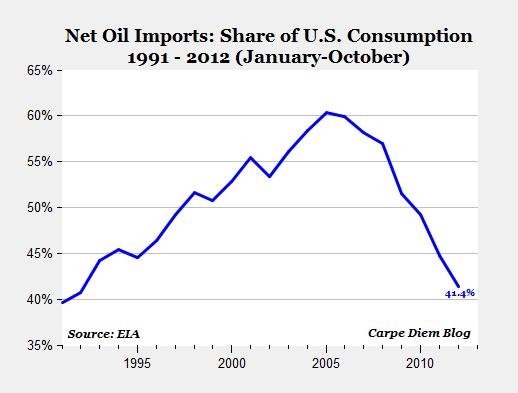 Know that they're telling and showing you what has already happened.

To American mainstream media, I say this: Really?! There's an oil and gas boom in America! Fracking ushered it in an is bringing jobs with it? Tell me something this newsletter hasn't covered exhaustively for over half a decade.

And to you, I'd say: Ditch the mainstream commentary unless you only want hindsight. If you want to know what will happen, stick with alternative outlets like us.

Or you can read about it in five years somewhere else.