On Wednesday, José Manuel Barroso, President of the European Commission, wrote a letter to the Kremlin.

His letter was a response to claims from Slovakia that its gas supply from Russia was cut in half.

Slovakia is the fourth EU member since September to see its gas cut by Russia — following Poland, Hungary, and Austria.

In his letter, Barroso called for Russia, the EU, and Ukraine to reach a consensus before these countries deplete all of the gas they have in storage. He requested that Ukraine pay back the $3.1 billion it owes and that Russia continue to offer the country discounted gas.

In response, Alexander Novak, Russia's Energy Minister, said, “It all depends on Ukraine.”

In 2013, Russia supplied the EU with 40% of its natural gas, 25% of its coal, and a third of its oil. Most of these supplies were shipped through Ukraine's vast pipeline network... 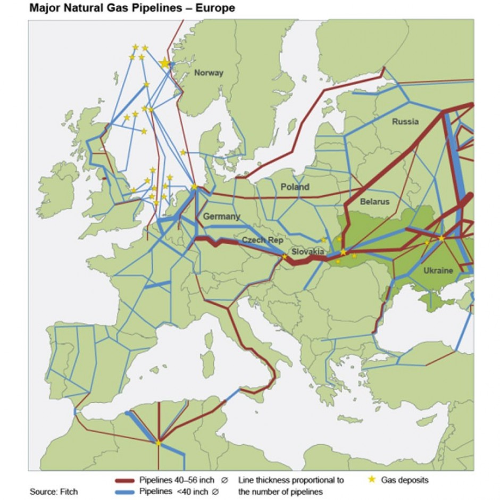 But now that most of Ukraine wants to be free of Russia's manipulation and influence, Putin has been using state-run gas company Gazprom to throw a wrench in the gears.

Any more major supply disruptions this close to winter could be devastating to the already skittish European economy.

While many in Europe wait patiently for the United States to start exporting natural gas late in 2015, by then it will be too late. Russia has already started slowing gas supplies.

Plus, a lot of that American LNG will go to Asian countries, where prices are triple what they are in the U.S.

However, there may be an alternative, short-term solution to help the EU get by until a deal is reached.

A Virginia-based company has established what could be a groundbreaking new solution to Europe's gas crisis.

Since the beginnings of nuclear power, very little has changed about how it's created.

Pellets of uranium oxide are housed in a thin metal tube, and thousands of these tubes are submerged in a water-filled core called a reactor.

From there, the uranium reacts and generates enormous amounts of heat, turning water to steam that spins turbines.

But as the CEO of this company will tell you, “The biggest problem is how to address the economics of nuclear power in a world of abundant natural gas, and with safety and security costs rising in the wake of the 9/11 attacks and Fukushima.”

His company has found a solution to both of these problems...

First, the gas disputes between Russia, the European Union, and Ukraine have made natural gas anything but abundant in Europe.

Second, the best way to prevent a nuclear disaster would be to use a different type of fuel that is much less dangerous than uranium or plutonium.

Instead of using uranium, the company I've been telling you about has pioneered a way to use two different feedstocks for the exact same reactors still in use around the world today.

The first is a zirconium/uranium alloy. The second is thorium.

Both fuels have shown great potential in terms of increasing reactor efficiency... In fact, if done properly, using these fuels can boost power production by 17%.

Remember, too, that nuclear fuel is already the most efficient, reliable source of energy we have based on the amount of power it generates.

Between the two fuels, the real darling for Europe would be thorium because of its lower risk profile.

With this company's technology, thorium can be used in the exact same reactors that currently use uranium — except it's safer because its melting point is 500 degrees higher than that of uranium. 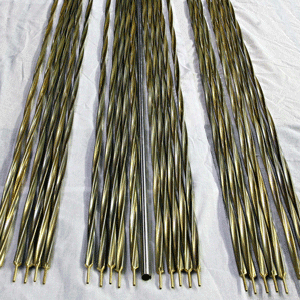 The company's new fuel rods are set to take the energy grid by storm in the next few years, or maybe even sooner if Europe catches onto the potential of the new nuclear fuel.

Either way, this company is already revolutionizing the much-maligned nuclear energy sector, and luckily for you, we are ready to profit from it.

My colleague Christian DeHaemer has had this company on his radar for quite some time. He recently released a presentation that goes into more detail about the company's technology and just how much money it could be worth to investors.