This Gold Trade Pays 80% of the Time

The gold market has been actively changing over the past 20 years.

Some of the triggers that once had a significant effect on gold prices are now almost completely ignored.

It wasn't too long ago that a terrorist bombing or nuclear threat would send gold prices much higher. Today, gold barely reacts to these incidents.

But there has been one consistent market-moving event that reliably creates significant volatility in gold prices. And it's been consistent over the past two years: the Fed increasing interest rates.

And we might be able to use that price volatility to make a fast gold trade!

As you probably know, the Fed lowered interest rates to effectively zero in response to the financial crisis. But beginning in December 2015, the Fed began to raise rates again... for the first time in nearly a decade.

Since that time, the FOMC has raised interest rates six times during its two-day meetings, including once just this week. And each time the committee has increased rates, there has been significant movement in gold prices.

Five out of the six times the FOMC announced a rate hike, the price of gold headed lower on the first day of the meeting. Then it spiked immediately near the official announcement of the rate hike on the following day.

Take a look what happened to gold prices during those two-day meetings where the FOMC hiked rates: 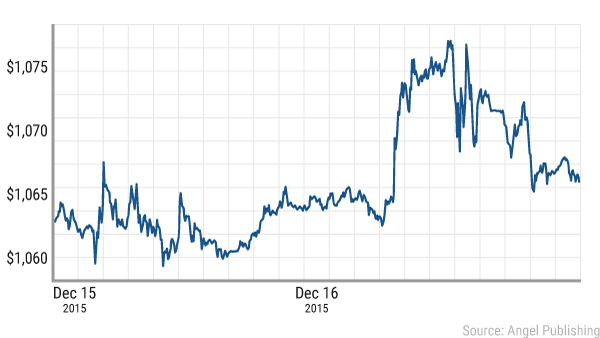 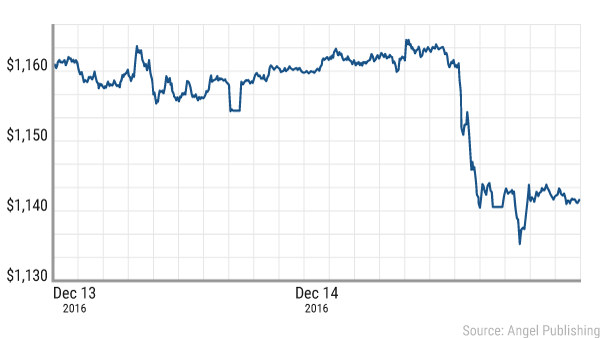 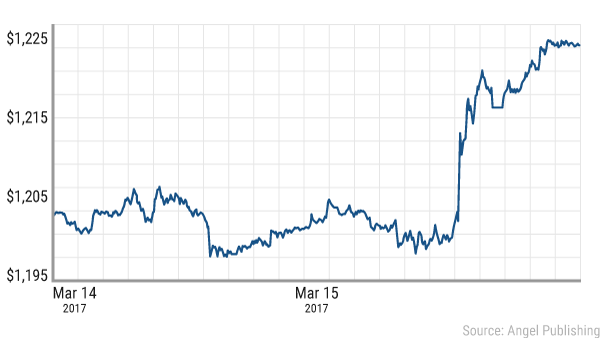 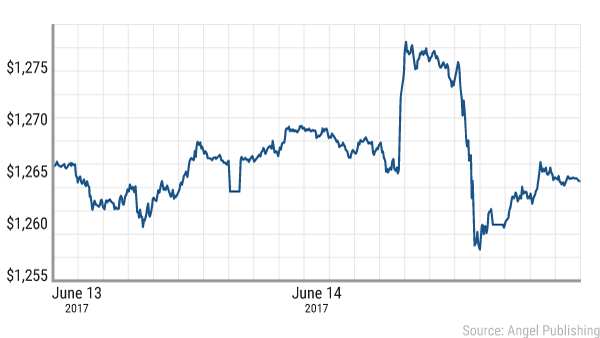 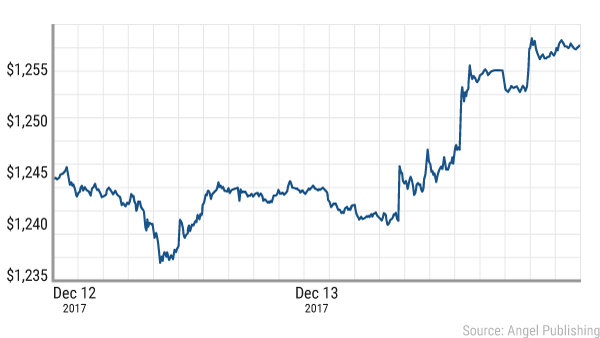 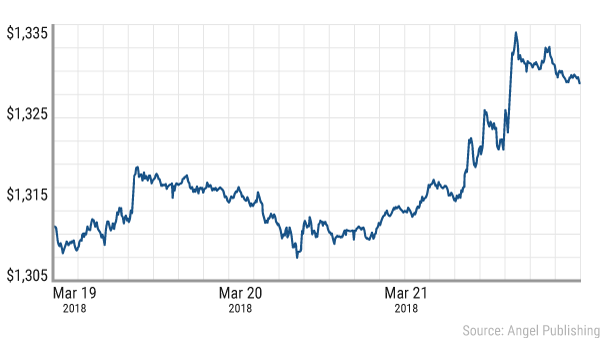 The December 2016 rate hike announcement seems to be the exception.

As you can see based on what happen during the June 2017 rate hike, these price spikes can most often be brief.

Still, we might be able to use the volatility to make a fast trade: Buy gold on the first day of the FOMC meeting. Then immediately sell any significant jump in gold prices following the rate hike announcement.

The best way to trade this volatility is probably through one of the gold ETFs. But since the price spikes can be brief, you need to be active in this trade.

Also, this trade is not going to make you rich. These price spikes are brief, and trading ETFs, even the highly leveraged 3X ETFs, is only going to yield a few percent gain.

Still, I don't know another trade in the gold market that is as consistent as trading the Fed's rate hikes.

Conventional wisdom says assets like gold and silver (which don't pay fixed yields) tend to decrease in value during periods of rising interest rates. But since the Fed's decision is easy to anticipate, investors tend to put downward pressure on gold prices leading up to what they expect to be an interest rate hike announcement. Then, following the hike announcement, the downward pressure is eased, and gold subsequently increases in value.

How do you know beforehand when the Fed is expected to raise rates?

The CME Group — the benchmark for all options and futures — reports the probability of interest rate movements with great accuracy using fed fund futures contracts.

Here's the link to the CME's FedWatch Tool.

Right now, the CME Group shows the most probable rate hike will be in June, which is quite a while away. But these probabilities can change, so it's important to keep an eye on them if you're looking to put this trade on your watchlist.