There is No Tesla Without THIS Decisive Metal

The Last Piece of the Puzzle for Elon Musk's Vision

“You should start looking into lithium, Keith. I think it could be big.”

This was the sound advice my mother-in-law gave me last weekend. I politely thanked her for the investment tip.

Although I know she meant well, I could tell she was simply regurgitating the mainstream headlines that have become saturated with news about Tesla, Elon Musk, and the lithium revolution.

Yes, we know all about lithium.

Believe me, if I’m hearing about the lithium boom from my mother-in-law, it’s safe to say the word is out.

In fact, I have yet to meet an investor who hasn’t read or heard something about the lithium boom by now.

And after the Tesla Solar Roof resurfaced in the news recently, it’s safe to say that Tesla has become a darling in the media... it can do no wrong.

For the last few years, Musk has been scrambling to make sure he’ll have enough lithium to supply his grand vision for the future.

Powerwalls, the Model 3, and now solar roofs for the average Joe... things are looking bright for us all.

But lithium is the last of Musk’s worries. He has a whole new problem to deal with now.

You see, he knows the worst-case scenario for Tesla is that he must continue to rely on the Lithium Triangle for his lithium supply, at least until Nevada companies are able to bring their projects into commercial production.

He’s hedged his bet in Nevada, and it’s going to pay off handsomely in the long run.

But lithium is just ONE piece of the puzzle.

Musk knows it, yet nobody else in the market is paying attention because we’re being flooded with repetitious news about how amazing lithium is.

More importantly, THIS is the time when the smart money makes its move.

Insiders have called it "Goblin Metal," but you may have heard of it by its real name: cobalt. 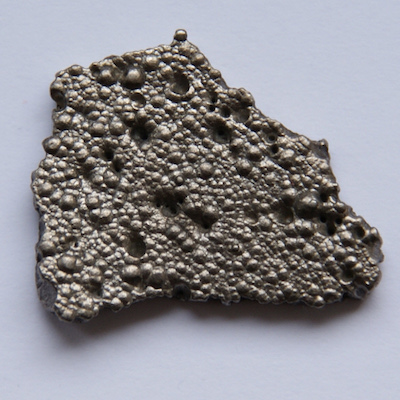 Now, we’ve been using cobalt for a very long time. Cobalt-based blue pigments were used to give a variety of products like jewelry, glass, and paint a blue color. It wasn’t until 1735 that a Swedish chemist and mine owner by the name of Georg Brandt was able to show that the cobalt compound was the reason for that blue color.

So, why is it so vital to the lithium revolution?

Well, nearly half of cobalt’s demand today is for batteries.

Actually, lithium-ion batteries today are made up of 60% cobalt.

The value here is in its conductivity. Over the last decade, cobalt use in batteries has increased by an average of 13% annually. 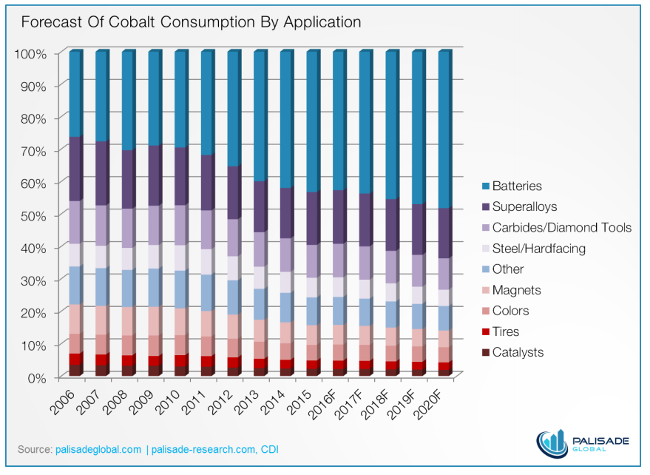 Imagine how vital Tesla’s cobalt supply will be once its future Gigafactories really get rolling.

Tesla alone is expected to churn out a million vehicles annually by 2020.

And make absolutely no mistake about it: Cobalt the last piece of the puzzle for Tesla...

I’ve mentioned in the past that 98% of cobalt production is as a by-product of copper and nickel production.

And, like lithium, our supply of cobalt is extracted from only a few concentrated areas. Roughly half of global cobalt production stems from just 15 mines.

Unfortunately, 60% of the world’s cobalt reserves are located in one of the most corrupt countries on the planet: the Democratic Republic of the Congo.

I’m talking about operations where seven-year-olds are scouring rocks for any signs of cobalt.

You can see Elon Musk’s dilemma.

My veteran readers here at Energy and Capital understand that this presents an enormous opportunity to take market share away from the DNC, China, and even Russia (these three countries account for two-thirds of cobalt production).

Next week, we’ll take a closer look at the companies taking advantage of this quiet boom.