The Strange Case of Nuclear Power

What can you buy with just $1 per month?

Well, that's not enough for a daily coffee. No use buying gas. It's probably a good candy budget for someone on a diet.

In other words, $1 per month, $12 a year, isn't going to break the bank. Most of us would hardly notice it was gone.

So why people in Britain are using the cost of £12 a year as an excuse to continue lambasting the country's nuclear plant expansion I'll never understand.

In 2010, the British government announced the intention to build eight new nuclear power stations. In November 2012, a license was granted to begin planning one of these sites at Hinkley Point in Somerset, England.

Just last month, Hinkley Point C was finally given the go-ahead from Prime Minister Theresa May, but not before much deliberation on her part. And before she even got her hands on it, the country's liberal party was pushing to kill the nuclear project altogether!

Now, to explain why that's a ridiculous thing to do, let's start with why the project was proposed in the first place.

The population in the UK is growing at about 0.5% per year. Projections from last year estimate that the population will grow by about 10 million people by 2039, and every one of them is going to need access to electricity.

As it stands, the 64 million people already tapping into the electrical grid are straining current capacity. In 2010, when the project was announced, Britain was planning to retire many of the aging nuclear stations that provided a full 20% of its energy, prompting a plan to replace the lost capacity.

The first thing opponents asked was, “Why not use renewables instead?”

Unfortunately, renewable energy has the same major problems no matter where in the world you are, namely: 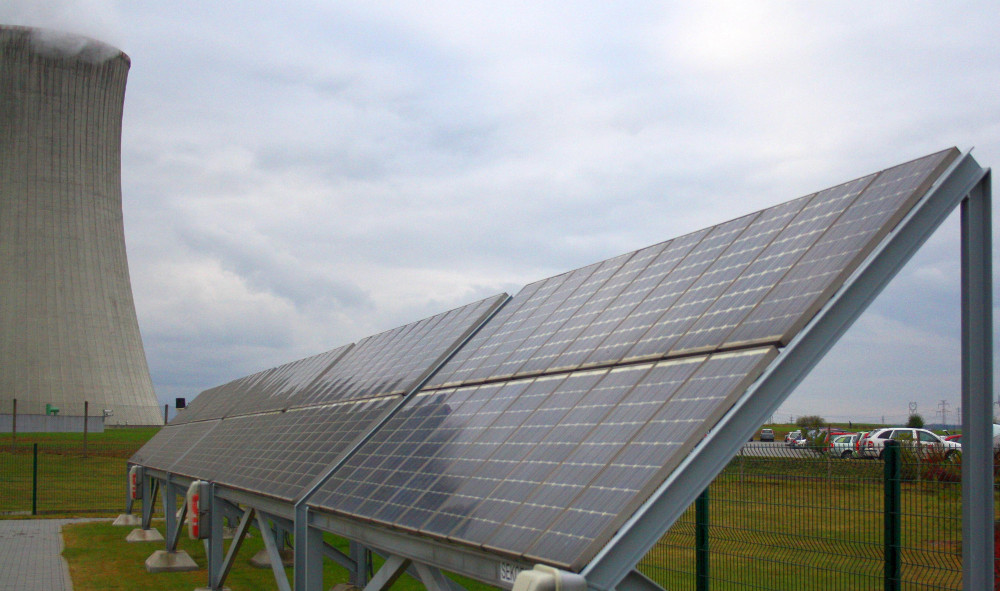 That's not to say the country isn't also installing new wind and solar anyway. But from the beginning, officials knew it was safest to balance an increase in renewables with the replacement of nuclear power.

Aside from people being unwilling to admit that nuclear energy is clean energy, they were also worried about the costs.

The estimates for how much the plant will cost the public have been wildly different over the years. But the most recent numbers, as estimated by the British government, predict it will cost about £21 billion ($27 billion) over the course of 35 years. This covers the subsidies that will support the plant during that time.

It amounts to about £12 per year added to the average British household energy bill.

That money pays for continuous, clean energy added to Britain's grid starting in 2025, which is arguably even better than a once-a-month chocolate bar.

Nuclear Bang for Your Buck

The Nuclear Energy Institute (NEI) is quick to point out the plethora of benefits nuclear energy can have for a country, even as compared to solar and wind.

The latter two may be cheaper to operate, but there are a number of other factors to consider...

First of all, the very reason for renewable and nuclear growth: carbon emissions! Countries across the globe are working to reduce emissions and clean up the air, and even these “emissions free” energy sources release a little carbon during construction and operation. 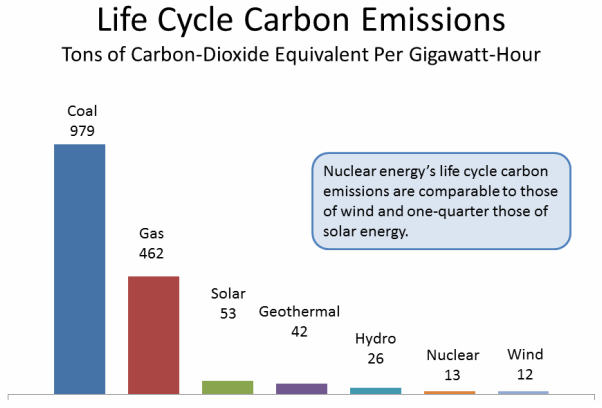 The NEI offers this visual, and it's a pretty potent one. We all knew coal was a mess, but who would have guessed that solar was the messiest of all the “clean” energies?

Then there's the efficiency. Wind and solar are getting better all the time, but they still only have capacity factors of 32.5% and 28.6%, respectively, at the best of times.

Nuclear, on the other hand, runs at 92.2% efficiency normally and can get up to 99% — by far the highest of any energy production method.

Finally, you may have noticed an odd point on my list above. Very few people consider exactly how much land space solar and wind technologies take up just to get up to par with more compact power plants.

Entergy of Arkansas did this math for us and measured how much space in acres it takes for nuclear, wind, and solar technologies to produce 1,800 megawatts of energy.

It gets even worse when you consider that these estimates assumed the turbines and panels were running at 90% efficiency, which they can't yet do in real life.

So what's the payoff here?

Nuclear is more efficient, cleaner over the lifetime of the plant, and takes up a lot less space than both fossil fuels and other renewables.

And by that I mean I think it's past time to buy in.

I’m not knocking solar or wind power, mind you. They will most definitely be important to the world’s carbon-free future. But until then...

We’ll be looking at valuable uranium investments in coming weeks — no, not the power plants themselves, but the element that makes them run. Nuclear power just doesn’t happen without it, and it’s going to be an essential commodity on par with lithium once the ball gets rolling.

Come to think of it, that’s probably where you ought to be putting that monthly dollar.