The Secret to Zero-Cost Investing

Oil prices are finally on the rise, and there’s ample evidence that they haven’t topped out yet. They should continue heading higher for some time now.

Conservative estimates put the average price for 2017 around $57. But that’s really the bottom of the range. They could head as high as the mid-$70 level. 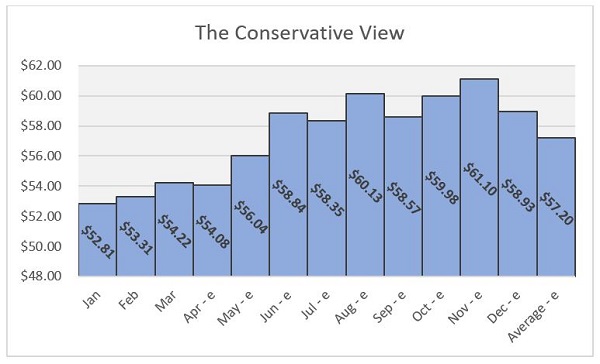 As my colleague Christian DeHaemer wrote earlier this week, demand is increasing. And after the massive production and refining slowdown over the past three years, it will take a while for supply to meet those growing needs.

Oil is a bullish industry again.

There are a tons of beaten-down oil stocks out there that are bound to explode as oil climbs back up — explorers, midstream companies, and refiners — even if it only hits levels that were considered cheap just a few years ago. But there’s a subset of investments that doesn’t get as much attention yet stands to benefit even more than all the others.

They’re called trusts. And their fortunes rise and fall with the price of a barrel of oil. When prices were sky-high back in 2012, 2013, and 2014, some of these companies were worth as much as $125 a share or more. But with the crash in oil prices, so went the share prices of the trusts.

One reason is that the trusts pay out royalties to shareholders. And those royalties are entirely based on the amount of profit each barrel of oil brings. When oil cost $120 a barrel, some of these trusts were seeing profits in the neighborhood of $100 for each barrel sold. But at $33, those profits were cut to around 10 bucks.

You see, when you buy shares of a trust, you’re not getting a company. You’re getting a promise to receive a share of the profits the trust generates. So, you’re really investing more for that juicy dividend. Not so much for the chance of capital appreciation. That’s just an added bonus. Your investment becomes more valuable when oil prices go up. And that’s because each unit’s share of the profit grows, too.

The second reason these shares rise and fall with the price of oil is the remaining reserves. It costs money to get to the oil. And it costs more money when there isn’t as much left. So, the operations linked to the trusts are only going to extract what they call “economically recoverable oil.” That’s the oil they can get to while still turning a profit on the sale.

And when the price of oil falls, so does the amount of oil left that the trust has rights to. So, with prices above $100, there’s a lot of motivation to get as much oil as possible. The operators will drill as long as they can still sell the oil for more than it costs to extract. But when prices are ridiculously low, as they were the past two years, there’s a lot less encouraging them to drill deeper or spend more to get to harder-to-extract reserves.

That means with low oil prices, trusts have fewer years of payments left before they’re done. And since the value of the shares is directly related to the future value of the payments, the share prices can drop astronomically.

From Crashing Down to Cashing In

The trust wasn’t paying out as much in dividends to shareholders because the profits from each barrel sold were crashing along with the price of oil. And the reserves left to sell were falling too because the cost was starting to look like it would surpass the price of a barrel.

In 2016, the shares of BPT fell as low as $12. The management of the trust was telling investors that they would probably only be able to make payments for a couple more years. That’s because they calculate their remaining reserves based on the price of oil the previous year. And in 2015, the average price was about $50 a barrel. 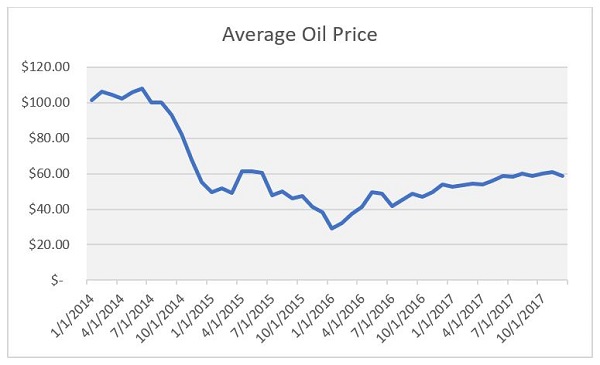 So, this year, when management recalculated the reserves and based those calculations on an average price even lower than 2015, they said there’s only enough oil left to make payments until the end of next year. Come 2018, with average prices at $43 a barrel, BPT would dissolve, and the shares would be worthless.

That hit the stock hard. It dropped from around $30 to under $18. But that’s because people were selling the news and not buying the real story.

You see, those reserves, as I pointed out, are calculated based on last year’s prices. And last year, prices were not good, to say the least. But they’ve been recovering nicely since then. And now we’re looking at an average price for 2017 that’s about $14 more than last year.

So, when those mathematicians meet again to calculate the remaining oil at BPT next year, we’re going to hear that they’ve actually got oil that will last until 2021 or 2022. And that’s if oil prices stay flat at $57 a barrel.

You and I know that’s not going to happen. They’re going to head higher. And that means the remaining reserves allocated to the trust are going to last longer. And the trust is going to be paying more (and bigger) payments all along the way.

Give a Dollar, Get a Dollar

As I’m writing this, you can get shares of the trust for less than $20. And the current quarterly payment is about $1.10 per share. That means, even if the payment stays the same, you can collect almost $20 in dividends by 2021. And you can get over $24 if the trust pays until 2022, which is highly likely.

So, even if the shares head to zero in 2021 and you’re still holding them, you’ve collected one dollar in dividends for every dollar you invested. And if you’ve still got them come 2022 and the trust dissolves, you’ve made four bucks on every share you bought. Plus, you had those extra funds around to invest in some oil companies that were on the rebound.

The readers of my newsletter, The Wealth Advisory, are already set to cash in on this investment, and I want you to get a chance too. There aren’t many stocks that can pay you a dollar for every dollar you invest. And chances are you’ll get even more than that.

I mean, if oil prices are sitting at $75 a barrel, the trust is going to last well beyond 2022. And you’ll be collecting payments well after you’ve recouped every penny you spent buying the shares.

Plus, those payments get bigger as the price of oil goes up. In October of 2014, when oil prices were crossing through the $75 a barrel range, shareholders were getting quarterly payments of $2.03. That kind of royalty would put your investment well into the black whether the shares are worth zero at the end or not.

And, let's be honest, when the rest of the market realizes what you now know, the price of these shares is going to shoot back up, too. Once everyone hears there are actually a lot more payments coming in the future, they'll be trying to get in on the action, too. So you'll get a little capital appreciation gain to go along with your sweet dividend payments.

So, if you’re interested in getting paid for your investment and having extra cash to spend or put into other stocks, you should consider a position in BP’s Prudhoe Bay Royalty Trust.

And if you’re interested in more great income-generating investments, check out my newsletter The Wealth Advisory.

To investing with integrity (and getting paid for it),