The Lithium Market: What You May Have Missed

Tesla is at the forefront of investors' minds again — but NOT for its Gigafactory or its cars.

Now, my veteran readers will recall the announcement that Tesla made last year regarding its 7- and 10-kilowatt-hour Powerwall battery systems. 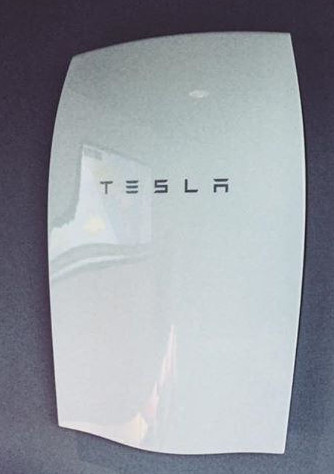 Back then, they were all the rage. People were pre-ordering like crazy, especially because it was a natural fit for their new SolarCity solar panel systems (and this was long before the two companies planned to actually merge).

And then there was nothing.

No new developments, contracts, or deals... at least not for a long while.

Well, it turns out the demand rush for these individual battery packs just wasn't sexy enough for the media to run with for very long.

That and the fact that the hype surrounding the Model 3 ended up overshadowing the Powerwall considerably.

Don't get me wrong, EVs are still going to be the biggest thing to happen to the lithium market since mobile devices, but that's no reason to ignore a huge opportunity for both Tesla and its investors.

Earlier this week, Tesla Energy — the new branch of the company that will be absorbing SolarCity — inked a major contract in the Golden State.

The company will be responsible for building an 80-megawatt-hour installation, enough to power more than 2,500 homes.

This is a step toward another big trend in the energy markets: utility-scale energy storage. And even though massive installations sprung up all over the world, Tesla will undoubtedly have one of the largest lithium battery installations when it’s fully armed and operational.

As of the end of 2015, the largest energy storage installation period was the 110-megawatt Crescent Dunes tower in Nevada.

Rather than batteries, this one uses molten salt energy storage.

And while this process can hold more energy, lithium battery systems are easier to install and integrate into our currently aging electrical grid.

Tesla’s project is also part of a larger initiative for California. The California Public Utilities Commission has charged the state's utilities to have installed at least 1.3 gigawatts — 1,300 megawatts — of energy storage capacity by 2020.

Seeing as Tesla already has plans for massive battery power production in its Gigafactory within the next few years, chances are good that it will get another similar contract soon.

But let me make this perfectly clear: I'm still not investing in Tesla.

Not only is it a little too expensive for my tastes right now, but I’ve a much more lucrative prize.

The Lithium Market: What You May Have Missed

Not a day goes by that we don't hear about another huge piece of the lithium puzzle.

Chile and Argentina especially are overrun with companies frantically exploring and drilling at alarming rates.

But what hasn’t been addressed recently is the other side of the equation. That is, all the lithium majors who sure as hell aren't going to be letting their market share go without a fight.

As you know, just four companies have a monopoly on the world’s lithium supply: FMC, SQM, Albemarle, and Tianqi.

Together, the last two on that list control the world’s largest hard-rock mining operation, Greenbushes in Western Australia.

Moreover, Albemarle is making its own moves, confident it can steal at least 50% of the growth in the lithium market.

Given that the lithium-ion battery market is expected to become a $77 billion industry by 2024, that’s quite a goal!

Meanwhile, Tianqi is trying to expand its own role within the “Big 4 Producers” by gunning for a 23% stake in SQM to add to its own production capacity.

With all this action going on, a potential supply glut might be around the corner, right?

You see, even with a ton of companies springing up left and right, as well as the industry’s biggest players making aggressive expansion moves, there’s one thing we can’t discount: hard-rock lithium extraction isn’t the future for lithium!

But even the quicker and cheaper of the two, drying out of brines, can take around two years and $10 million to get up and running.

And remember, we’re talking about an ever-growing field of competitors hoping to strike it rich that may not be around in a few years.

More importantly, even if a major company like Albemarle meets its goal of getting 50% of that growth, it’s still not enough to keep up with demand.

So where are we now?

No matter what the investment herd is doing, I want you to remember that something will have to break, technology-wise, for lithium to truly reach the next level.

The exact same thing took place in the U.S. oil industry, when companies took advantage of both horizontal drilling and hydraulic fracturing and ignited the tight oil boom in 2008.

And my readers and I may have uncovered a small lithium player that could hold the key to unlocking the second stage of the lithium revolution.