The Government's Stealing Your Energy

Energy thievery happens in a variety of ways. Yet it's a rarely talked about topic.

In fact I'd never read much about it until the other day. When I did, it got me thinking...

How many different ways is energy being stolen from us?

How much is it costing us?

And of course, how can we profit from it?

In Detroit, it's not just the auto companies looking for handouts.

How many illegal connections do they come across?

“30 times a day times 30 employees. Hundreds...” according to Mark Johnson, who heads the theft investigation unit.

And apparently it's an epidemic; 60,000 cases of theft were verified last year. 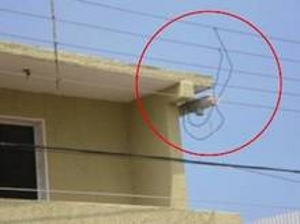 It's not just squatters that are to blame...

Landlords are offering “free utilities” that are actually stolen.

And the company has even reported a “great increase” in illicit connections made by those who can actually afford to pay for electricity.

Now, I paid about $1,600 last year for electricity and natural gas for my home. Multiplied by 60,000, that works out to $96 million in stolen energy each year — just in Detroit. Just from DTE Energy.

There are ten cities in the U.S. with populations greater than Detroit...

We're dealing with billions of dollars in losses from direct energy theft here.

This concept is a bit more abstract, so I'll do my best to convey it...

According to a new study by the University of California, Davis, “The world will run out of oil around 100 years before replacement energy sources are available, if oil use and development of new fuels continue at the current pace.”

So by simultaneously failing to curb our oil use while postponing the rapid development of alternatives, we're essentially stealing energy from ourselves — about 100 years' worth, according to the study.

But it gets worse...

Because the biggest nations in the world are actually promoting this theft.

A recent International Energy Agency report found the world spent $557 billion in 2008 on subsidies that encourage the use of fossil fuels. Only $45 billion was spent on renewable energy subsidies.

These practices, as the UC Davis study shows, are ensuring we run out of oil before the necessary replacements are in place.

Governments are literally giving money to oil companies, and putting the world's energy future in jeopardy.

Setting aside the fact that in many cases clean energy competes on its own merits... this analysis shows that the global direct subsidy for fossil fuels is around ten times the subsidy for renewables. And that is without taking into account the enormous security and public health costs of fossil fuels, as well as the appalling pollution catastrophes.

We're subsidizing the very fuels everyone says we need to wean ourselves off, while monetarily snubbing the fuels we need to succeed in that weaning.

It's a logical clusterfuck.

And the only way it's going to get any better, according to the IEA, is if the G20 pledges to end fossil fuel subsidies by 2020. That would reduce global oil demand by 6.5 million barrels a day — or about 33% of U.S. daily consumption.

In the meantime, renewables that can compete in a lack-of-subsidy-support environment are providing investors stellar returns...

One such company is a solar window firm we've been reporting on. It has a spray-on solar film that's 300% more efficient than other solar technologies.

It's being hailed as a “fuel of the future” by CNBC. And it's up 160% as the Street starts to realize its potential.

The technology would do wonders in Detroit — and around the globe — as energy prices continue to rise and consumers search for cheaper and cleaner energy options.

And it's going to hand investors a fortune in the process.